A husband and father of three was shot to death inside a Fontana bar bathroom last Friday night.

Gilbert Hernandez, 30, was out celebrating a promotion with his 11 coworkers when minutes after he last texted his wife, he was shot dead in the bathroom.

The forklift operator was out drinking at Ziggi's Bar in Fontana shortly before 9 p.m., according to detectives.

His wife Daisy Flores says the last message she received from Hernandez was at 8:57 p.m.

The next day, a coworker told Flores that Hernandez was drunk and that he went to the bathroom. Moments later, they heard a gunshot.

"I said my husband hasn't showed up home, he hasn't texted. I know he was here. I just want to know what happened. Who's in there, you know?"

Moments later she learned John Anthony Morales, 64, of Bloomington, was arrested in connection with Hernandez's murder. 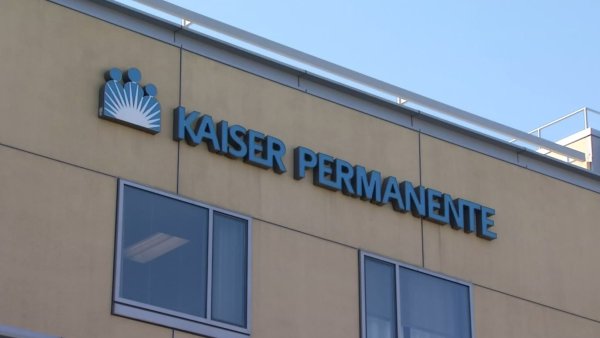 "I want to know what was the motive, who started the argument, why was there an argument," she told NBC4.

Life for the family changed all in a blink of an eye.

Sandria Macias, Hernandez's mother, is mourning the loss of her first born and feeling regretful of the last conversation she had two weeks ago about his unpaid child support with another woman.

Flores says her heart aches now that her three young daughters no longer have their father.

"We had so many plans," she said. "Instead I'll be making funeral arrangements."

Flores has started a GoFundMe page to help pay for funeral expenses.

If you would like to donate to a GoFundMe account set up to help the Flores and Hernandez family, you may do so here. Note that GoFundMe deducts 7.9 percent of all funds raised in the form of platform and payment processing charges.