Fire Risk Soars Along With Temperatures in Parts of California

Public health officials are urging residents to stay hydrated, find shade, and take breaks to avoid heat exhaustion as temperatures soar across much of central and northern California.

San Francisco could see temperatures in the 80s (about 28 Celsius) while inland areas could top 100 (about 38 Celsius) as a high pressure system builds Sunday to Wednesday, the National Weather Service said.

Plan on a continued rise in temps for Monday with a Spare the Air alert issued as well for unhealthy for sensitive groups levels of ground level zone for the inland East Bay. NBC Bay Area meteorologist Vianey Arana has your microclimate forecast.

“Heat Risk concerns are not just in the Bay Area, but a large portion of Northern California and the Central Valley,” the NWS Bay Area tweeted Sunday. Over 9 million people are under a heat advisory or excessive heat warning. 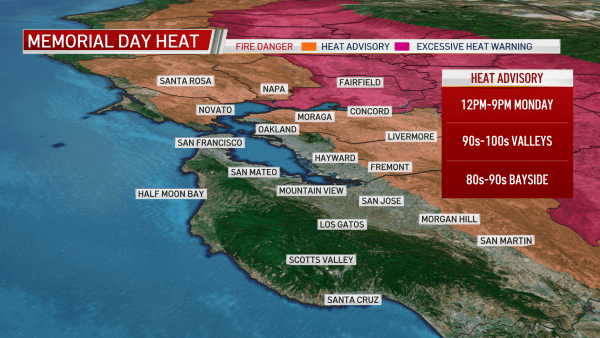 Memorial Day Forecast: Here's How Hot It Could Get in Some Bay Area Cities 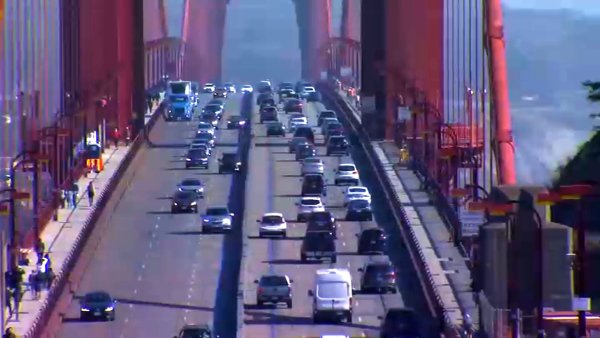 spare the air alert May 30

With the soaring temperatures comes an increased risk of wildfires in the state where vegetation is extremely dry after a winter and spring with relatively little rain and snow.

There’s enough electricity to serve the expected spike in demand, California Independent System Operator said in a statement, but it will monitor the grid closely in case it needs to call on the public to conserve.