George McLaughlin, 58, died of COVID-19 on Sept 3. He was fully vaccinated from the coronavirus, but in the spring was diagnosed with follicular non-Hodgkin lymphoma and underwent chemotherapy

A Temecula family is mourning the loss of George McLaughlin, he was fully vaccinated against the coronavirus but passed away from the virus on Sept. 3. Unbeknownst to his family, he was also battling cancer.

"George was the last person we’d ever expect to get sick from COVID-19," said Colleen McLaughlin, George's sister. "He just loved life."

George, 58, was the proud father of five and grandfather to one, he was a fixture at the San Diego International Airport where he worked for United Airlines for 34 years as a lead ramp serviceman.

"You hear him before you see him, when he comes into a room he’s very loud," said Colleen with a smile. 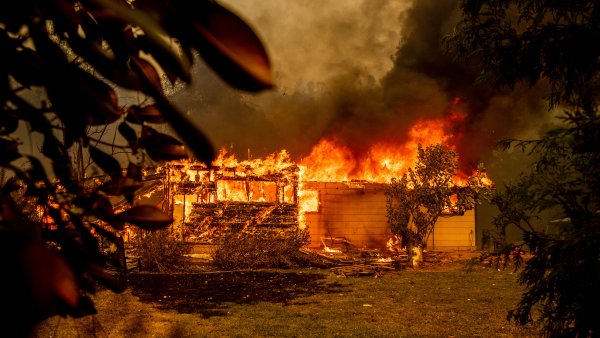 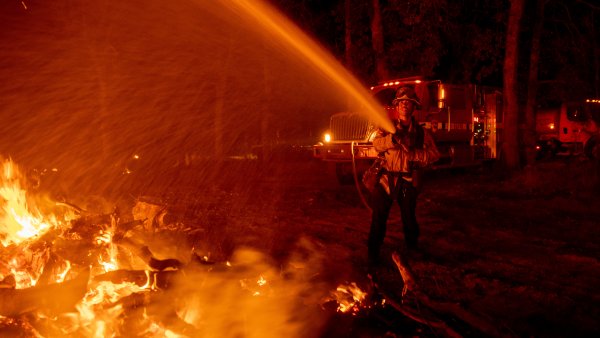 Colleen describes her older brother as the life of the party, healthy, dedicated to his kids and family, and always a leader. So it came as a surprise when the spirited father was admitted to the hospital after testing positive for COVID-19 on July 31.

On Aug. 5, George was admitted to the hospital where he stayed for a week. Upon his hospitalization is when his sister said she spoke with the nurse who with George's permission shared a secret her brother was keeping.

"'She said, 'No your brother has follicular lymphoma non-Hodgkin,' and I was like, 'Wait, say that again? Let me write this down,' and she said he’d been undergoing chemotherapy and his last session," recalled Colleen "I said, 'Oh no I was not aware of that.'"

Colleen says looking back she understands why George held this diagnosis to himself. Ten years ago George’s wife Rennette passed away from breast cancer.

"Because he just didn’t want to stress his kids out because their mom had already passed of cancer and he knows that would be a trigger for them," she said.

Colleen explains how George got the COVID-19 vaccine in March, then months later he was diagnosed with follicular non-Hodgkin lymphoma and began chemotherapy, this suppressed his immune system making him immunocompromised.

"He did everything he should to protect himself, I just wish that he would’ve told us so we could’ve protected him a little more," she said.

Following George’s hospitalization in August he was sent home with oxygen, but then returned a second and final time.

"Unfortunately, he fought a good fight but on Sept. 3 it just started going downhill when he went back in, and it breaks my heart," said Colleen through tears. "It's just I'm a believer, but sometimes you just question, ‘God Why? Why did this happen?’"

Colleen now holds onto the memories of her brother, remembering how he would cheer for his daughter and her teammates playing for the North County Wave volleyball club.

George is survived by his eldest son, Gilles, 32, and his granddaughter Neire, 5, who reside in Switzerland. George and his late wife, Rennette, are survived by their four children: Savannah, 24, Maverick, 22, Gabby, 17, and Kingston, 15.

"It's so heartbreaking that he’s not here to watch them grow up and it's heartbreaking for our family because he was the center of everything and we’re going to miss him, but we will carry on his legacy with his kids," said Colleen through tears.

Colleen is thankful to the Wave volleyball community, United Airlines and their friends and church group in Temecula and beyond for their support.

"Just to make sure these kids know they're not alone and this world is a good place," said Autumn Cooper, a family friend of the McLaughlin's.

Cooper is rallying to help George’s kids who are now left without either of their parents.

"Going through losing my parents when I was younger in my 20s, I knew I needed to do something for the kid, with them being so young," said Cooper.

United Airlines shared with NBC 7 they offer their deepest condolences to the family of Mr. McLaughlin during this time.

"He was loved and he was one of our greatest employees, the place will not be the same without him," said Jean Buggs, San Diego United Airlines General Manager.

The family plans to host a memorial service for George at the end of the month in Temecula.

"He loved his kids with all his heart," said Colleen.