Many of those given clemency or pardons were under age 26 at the time of their crimes, and they have since participated in rehabilitation programs.

California Gov. Gavin Newsom on Friday pardoned five people who already served their time and commuted the sentences of 21 state prison inmates, including more than a dozen convicted of murder or related crimes. The victims were children in two of the cases and a pregnant woman in a third.

The clemency requests were being considered before the coronavirus crisis, “and, as resources permitted, the governor decided to move forward with them,” spokeswoman Vicky Waters said in an email.

Attorneys representing inmates this week asked federal judges to free thousands of inmates to help prisons better confront the pandemic, which has sickened one inmate and 12 employees. Newsom said mass inmate releases would further burden strained community health care systems and homelessness programs. But he stopped transfers into the system for 30 days.ADVERTISEMENT

Aside from his usual consideration of public safety and justice factors, Waters said that because of the pandemic, the governor “also considered the public health impact of each grant, as well as each inmate’s individual health status and the suitability of their post-release plans, including housing.” 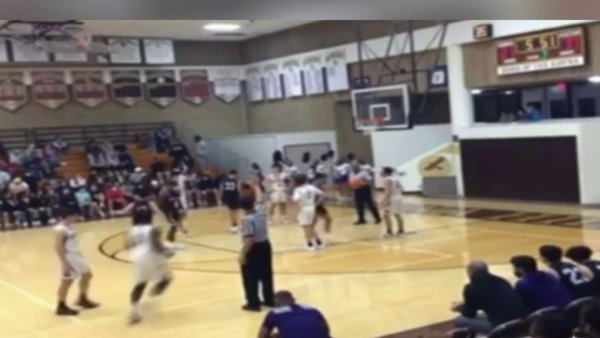 Most people infected with coronavirus have mild or moderate symptoms, but it can cause more severe illness, including pneumonia and death, for some, especially older adults and people with existing health problems.

Many of those given clemency or pardons were under age 26 at the time of their crimes, and they have since participated in rehabilitation programs, Waters said. Most of the commutations allow inmates to seek parole, but release decisions will still be made by the Board of Parole Hearings.

Newsom’s commutations include include 14 inmates convicted of murder or related crimes.

Suzanne Johnson, 75, of San Diego County, has served 22 years for assault on a child causing death, while 64-year-old Joann Parks of Los Angeles County, has served 27 years but denies setting a fire in her home that resulted in the deaths of her three young children.

Rodney McNeal, 50, of San Bernardino County, has served 22 years for fatally stabbing his pregnant wife, a crime he also denies.

— Steven Bradley, 56, of Kern County, has served 32 years for killing a gas station attendant during a robbery.ADVERTISEMENT

— Jason Bryant, 40, of Shasta County, has served 20 years for armed robberies in which one victim was fatally shot by an accomplice.

— Rosemary Dyer, 67, of Los Angeles County, has served more than 33 years for fatally shooting her husband.

— Richard Flowers, 64, of Tulare County, has served more than 25 years for killing a woman during a robbery.

— Robert Glass, 48, of Los Angeles County, has served more than 26 years for murder during a burglary.

— James Harris, 56, of Los Angeles County, has served more than 30 years for a drug sales-related kidnapping and the murder of two victims.

— David Jassy, 45, Los Angeles County, has served 11 years for killing a man during an altercation.

— Shyrl Lamar, 68, of Sacramento County, participated in a robbery in which her crime partner fatally stabbed two victims.

— Ramon Rodriguez, 49, of Los Angeles County, has served 22 years after he was paid to kill the victim.

Two of the pardons are intended to help lawful immigrants who face the possibility of being deported based on crimes they committed years ago. Waters said that would be “an unjust collateral consequence that would harm their families and communities.”

The other is Monsuru Tijani, who was convicted of perjury in 1986, check fraud in 1991, submitting false financial statements in 1995, and submitting false financial statements in 1999. The governor’s office said he “has turned his life around,” but he faces religious persecution and possible incarceration if he is deported to Nigeria because of his conversion to Christianity.

The remaining three pardons are all Los Angeles County cases.

Gabriel Garcia and Shannon Thomas-Bland were separately convicted of drug offenses in their early to mid-20s about three decades ago. Brenda Ibanez robbed two convenience stores in 1999, and in 2005 she tried to buy motorcycles with a fake driver’s license.