While these challenges may exist for many vulnerable immigrant groups, they are particularly worrying for Latino immigrants, who make a large portion of the workforce in industries where they have a significant risk of exposure.

Migrant workers lined up by the hundreds during a break from picking produce this week to receive the coronavirus vaccine on a Southern California grape farm.

The farmworkers who got their shots are among vulnerable immigrants in the United States — particularly the 11 million in the country illegally — who advocacy groups say may be some of the most difficult people to reach during the largest vaccination campaign in American history.

Some immigrants in the country illegally fear that information taken during vaccinations could be turned over to authorities and so may not seek out vaccines, while those who speak little or no English may find it difficult to access them. Like other groups, some are also hesitant about receiving a newly approved shot — and language barriers may also make it harder to get messages countering misinformation to them. 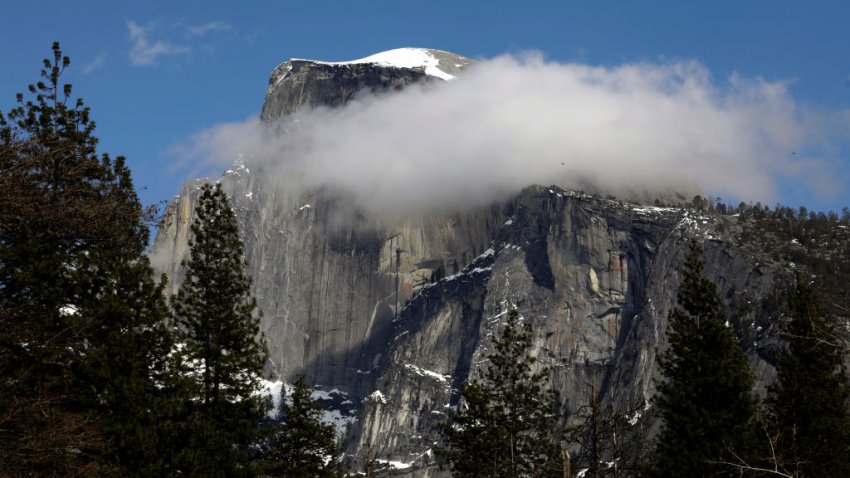 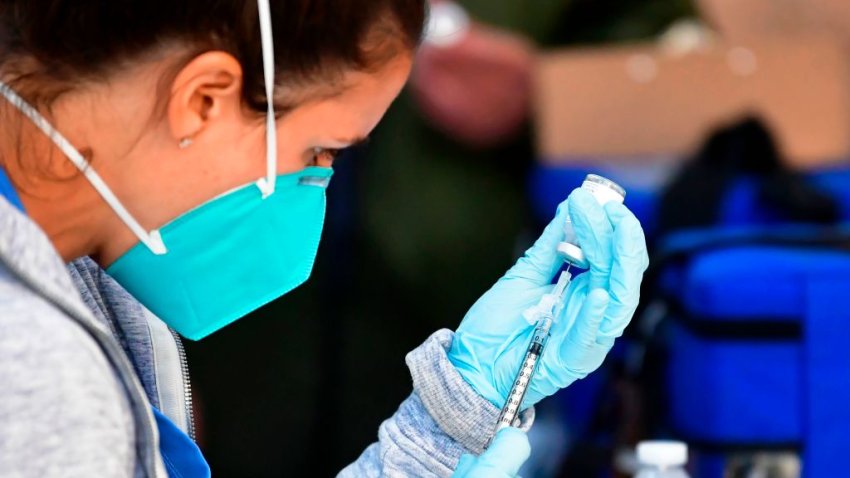 While these challenges may exist for many vulnerable immigrant groups, they are particularly worrying for Latino immigrants, who make a large portion of the workforce in industries where they have a significant risk of exposure.

“There is anxiety and it’s real ... but so is the fear of dying of COVID-19,” said Pablo Alvarado, director of the National Day Laborer Organizing Network.

To tackle these challenges, groups that advocate for Latino immigrants are heading into farm fields to bring vaccines and information to migrant laborers and trying to counter misinformation in Spanish and other languages.

In California’s sprawling Riverside County, home to a $1.3 billion agriculture industry, the health care nonprofit that brought vaccines to the grape farm recently took tablets into the fields to register workers for vaccine appointments, said Conrado Bárzaga, CEO of Desert Healthcare District and Foundation. The organization also shares information about the virus and how to get tested for it on WhatsApp in Spanish and Purépecha, an indigenous language from western Mexico spoken by some farm workers in California.

The National Day Laborer Organizing Network has used a Spanish-language radio show on social media to share information throughout the pandemic about the virus. Now, the show’s hosts, many of them migrants and low-income workers themselves, plan to spend airtime debunking myths about the vaccine to their 300,000 weekly listeners, Alvarado said.

He believes countering misinformation on social media is key to overcoming most hesitancy about the vaccine — such as knocking down false claims that the vaccine would insert a microchip into people.

Daniel Cortés, a 58-year-old Mexican immigrant who lives in New York, is among those with doubts. He’s not authorized to live in the U.S. but any fears of deportation have nothing to do with it. He says he would not take the vaccine because he is healthy and fears a bad reaction. Trials for the vaccines being given in the U.S. involving tens of thousands of participants have so far surfaced no signs of serious side effects, and few unexpected adverse reactions have been reported in the early days of vaccine distribution in the country.

“I maintain social distancing, wash my hands, change my clothes when I get home,” Cortés said, explaining that he thinks those precautions are enough. “I haven’t been sick in eight years and hopefully it will stay that way.”

President Joe Biden’s $1.9 trillion “American Rescue Plan” includes a program to set up community vaccination centers across the U.S. and use mobile clinics to access hard-to-reach communities. It has also said it would take steps to make the vaccine free to all U.S. residents independent of their immigration status.

But some advocacy groups say the legacy of the Trump administration’s restrictive immigration policies will make reaching some immigrants especially tough.

In Florida, Maria Rodriguez, executive director of the Florida Immigrant Coalition in Miami, said fears persist about the former administration’s so-called public charge rule, which sought to deny green cards to immigrants who receive food stamps or other public benefits.

While the public charge rule never restricted access to testing or vaccinations for a communicable disease — and it is being challenged in courts — Rodriguez says, “it doesn’t matter, the perception still exists.”

Nebraska Gov. Pete Ricketts recently came under criticism when he said workers with legal status would be prioritized in the state’s vaccine rollout over those without legal status when he was asked about the plan to protect the state’s meatpacking facilities, which historically have relied on foreign-born labor. But a day later, Ricketts appeared to walk back his statement, saying through his spokesman that “proof of citizenship is not required for vaccination,” the Omaha-World Herald reported.

Blanca Flores, a community organizer at the Alianza Nacional de Campesinas, an alliance of female farmworkers, said many of the women she works with in rural Homestead, Florida, believe that any personal information they provide could somehow be used against them later. They also worry about missing a few day’s work and possibly getting fired if they suffer adverse side effects.

“They would like to wait a month or two to see what happens and decide later,” said Flores, a Colombian-born immigrant with legal residency.

But others are eager — perhaps reflecting the way in which Latino immigrant communities have been disproportionately hit by the virus. In New York, Francisco Flores, a Mexican immigrant who lost a brother, a brother-in-law and a sister-in-law to COVID-19, said he would not hesitate to take the shot.

Flores, who is 54 and has lived without authorization in the U.S. for more than 20 years, plans to sign up the moment he can.

“The government already has my data. I have been here for a long time. I have a driver’s license, bank accounts. I have nothing to fear,” said Flores, who works for a company that makes golf courses. “And after what we went through with COVID, I would not hesitate to take the vaccine.”

This story has been corrected to show Cortes is not authorized to live in the U.S.

Naishadham and Snow reported from Phoenix. Associated Press writers Claudia Torrens in New York and Gisela Salomon in Miami contributed to this report.