If Approved, New Fee Will Impact All California Drivers

Driving into the new year, California Governor Jerry Brown has already hit a speed bump: the state’s transportation budget is strapped for cash.

That’s because gas tax revenues are down in the state, as drivers in the Golden State increasingly move toward fuel-efficient cars and gas prices continue to drop. About half of California’s gas tax revenue is tied directly to gas prices.

The governor’s office has made headlines with talk of testing a new mileage program to fill the budgetary hole created by falling gas tax revenues. That program docks drivers based on how much they drive. 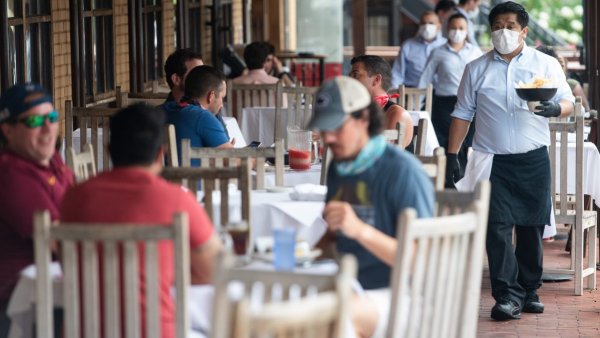 However, a closer look at this year’s budget reveals a different proposal entirely: a new registration fee. In total, an addition $65 per car, pending approval by the legislature.

That fee is expected to drum up at least $2 billion, or double what California is projected to lose in gas tax revenue by next year.

According to the non-partisan Legislative Analyst’s Office, revenue totals will drop from $5.4 billion last year to $4.4 billion by 2017.

“That means at some point, sooner rather than later, we have to bite the bullet and enact new fees and taxes for this purpose,” the governor said during his State of the State speech earlier this month.

Drivers at a San Jose gas station told NBC Bay Area that amidst the talk to dwindling transportation funds, they never even heard about a potential new fee.

“I was not area of that fee at all,” said Kim Tran.

“This is something I need to look at because...we have to work harder to pay that kind of fee,” added Josephone Phan.

While many Californians are likely to be irked by an additional fee, University of California at Berkeley clean energy expert Dan Kammen says now is the ideal time to kick start this conversation.

“What the dip in taxes highlights for me is the need to find new revenue, but because we still have significant revenues from the gas tax, it’s the perfect time,” he said.

Kammen says the state can roll out a new vehicle tax like Brown’s current proposal, or use a mileage program, since both systems affect all drivers. The key, he adds, is to make the process tailored to promote cleaner fuel.

““So you’re driving an electric vehicle, perhaps you pay the lowest fee,” Kammen said. “If you’re running a gas-hybrid vehicle, maybe it’s a little bit higher. And if you’re in a regular gas-powered vehicle, perhaps it’s at the highest category. And that’s something which is no more difficult to manage than things we’re already used to doing.”

California currently leads the nation in electric vehicles, but they still make up only a tiny percentage of cars on the road.

It’s clear the state is moving to cleaner vehicles, and more electric cars on the road will only further dry up gas tax revenues.

Bottom line? California needs to switch its formula for raising transportation money, and there are several good options right now.

But that whopper of a registration fee that could come down the pike a year from now?

California voters once booted former California Governor Gray Davis out of office for a similar hike.