Funding for agencies to fight destructive wildfires like the fires that destroyed homes and burned more than 30 square miles in California last week will be part of a 2015 budget proposal discussed Tuesday by federal officials visiting Colorado.

As homeowners return to the site of homes burned to the ground north of San Diego, Agriculture Secretary Tom Vilsack will talk about the firefighting funding proposals during a stop in Denver. In 2012 and 2013, deadly wildfires in Colorado destroyed hundreds of homes.

The plan that would eventually go before Congress calls for funding to equal 70 percent of the estimated 10-year average firefighting cost. His plan also calls for an additional $954 million disaster funding pool.

In the past, when firefighting funds ran out, money has been borrowed from fire-prevention programs.

"It is not in the interest of forest health to transfer funds from forest restoration that can prevent future fires," Vilsack said in a statement.

Vilsack also intends to announce prevention measures that include designations to help 94 national forest areas in 35 states address insects and diseases that turn trees into tinder. The designations under the 2014 Farm Bill will allow the Forest Service, working with states and other partners, to move more quickly and broadly to combat outbreaks.

It was not immediately clear whether the designations included sites in California.

Wildfires that broke out in San Diego County last week caused more than $20 million in damage. The state firefighting agency went to peak staffing in the first week of April, instead of its usual start in mid-May. 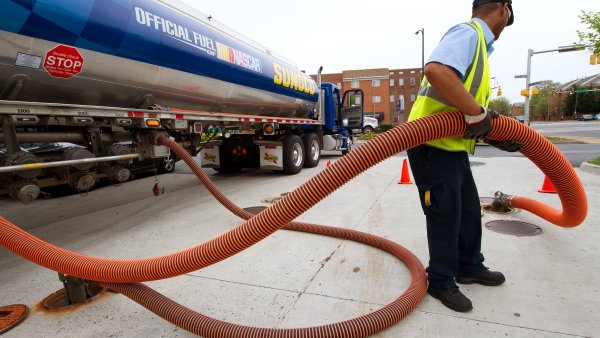 At one point early last week, Cal Fire crews were involved in 10 major wildfire fights throughout the state. On Tuesday, firefighters continued working toward full containment of three large wildfires in San Diego County -- something they expect to achieve within days.

Cal Fire boosted staffing levels in northern California because of the threat of lighting sparked wildfires.

Additional firefighters may be needed in the future as California faces a dry, hot summer during a third-consecutive dry year, Gov. Jerry Brown said. The entire state is under what the U.S. Drought Monitor considers "severe" drought or worse.