A federal judge is set to decide Tuesday whether PG&E has violated its federal probation terms – days after backing off on his plan to order the utility to factor in where its trees could fall onto power lines in deciding where and when to shut off power to avoid wildfires.

The hearing Tuesday afternoon will determine whether Sonoma County’s prosecution of the utility in the October 2019 Kincade Fire should trigger a probation violation stemming from the federal case over the 2010 San Bruno gas pipeline explosion.

Prosecutors blame that fire on what they call the company’s “reckless” actions in failing to properly decommission a jumper cable running off a power line that once fed a geothermal plant near Geyserville.

It is not clear what further action the court can take, however, given the utility’s lawyers and federal prosecutors have both insisted Judge William Alsup’s power is limited. 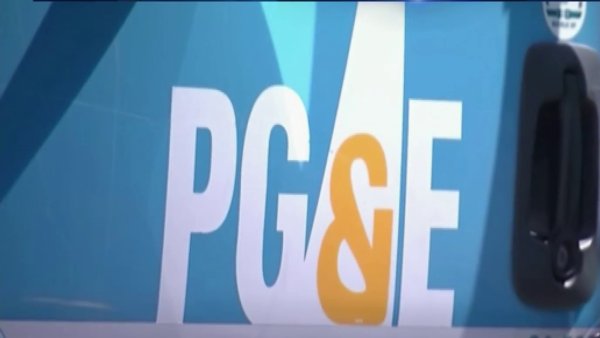 Those limitations were apparent last Thursday when Alsup backed away from his proposed order on the utility related to power shutoffs, citing resistance from regulators.

However, the court urged the utility to voluntarily factor in where it has the most trees that could fall onto lines, like the leaning Gray pine blamed in last year’s deadly Zogg Fire in Shasta County, in determining where to shut off the power this year. He wants the utility to spell out its intent this summer.

The company has told the court that, with the approval of regulators, it would carry out the court’s proposed order that it account for at-risk trees in deciding which lines to shutoff. But regulators with CPUC balked and would not sanction that move, leaving Alsup frustrated.

In his court order last week, Alsup accused the utility of engaging what he called “sleight of hand” to create an “incorrect impression” with regulators in March that carrying out his order would mean a “substantial difference in public safety.”

After PG&E briefed them, regulators and the Office of Emergency Services wrote to the court to complain about safety implications his order would have on isolated medically dependent customers based on PG&E’s predicted dramatic increase in shutoffs.

But Alsup noted that when pressed by the court, the utility produced calculations showing that fewer or just as many outages would have occurred had his order been in place in 2019 and 2020 – although total blackout hours would  have increased.

In the end, the judge scrapped the idea of ordering the utility to carry out specific measures because he feared an outright court dictate would give the company a “get-out-of-jail-free” card should the company be sued in civil court or be criminally prosecuted for more fires.

“It would smile and say, ‘We did what the judge and the CPUC said to do and they said that considering the sliver of information would count as considering all information,’” the judge said in ordering that the company notify the court July 1 of what plans, if any, it will make on its own about accounting for tree-falling risk in the coming fire season.

The judge explained a key reason he abandoned his order was the resistance by state regulators as well as the governor’s Office of Emergency Services.

“Out of deference to these authorities, the court will simply state its recommendation but not impose any version of the conditions.”

In a statement, the company said it disagrees “with certain of the court’s characterization of our actions, but we share the aim of advancing public safety, and we will continue working with the court and all stakeholders to advance this shared objective.”