On Friday, SDSO released jail records on two undocumented immigrants to ICE. They're expected to release two more records by next week.

On Friday, NBC 7 met with Sheriff Bill Gore who wanted to explain his reasoning behind releasing the records.

“A truly authorized federal administrative subpoena has to be honored,” explained Gore.

Gore said by ICE serving a subpoena it leaves him in a position where he must follow through and turn over the records. 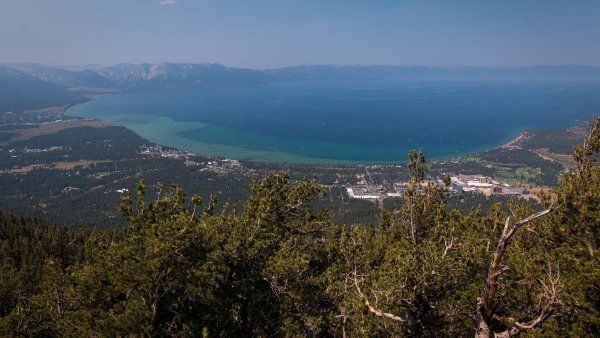 Some Areas of South Tahoe Closed Due to Animals With Plague

The subpoenas are for jail records on four Mexican nationals who were arrested for charges such as sexual assault of a child, robbery, battery, and drug possession.

Each man, ranging from ages 28 to 42, was arrested in the last few months by the San Diego Police Department for various suspected crimes. Two remain in county jail and two have been released, according to ICE.

“I think most people in San Diego county when you look at those charges say ‘you know if we could deport this person once their local charges are done and get them out of the country this would be a better community if we could,’” said Gore. “So, they are not just being returned to the community and re-victimizing people.”

One man was arrested in Dec. 2019 by SDPD, suspected of sexually abusing a child under 14 years old. ICE lodged an immigration detainer with the SDSO.

The man has two DUI convictions both from 2009 and has been returned to Mexico on 11 occasions between 2009 and 2011. He remains in SDSO custody at the county jail, all according to ICE.

“Supposedly people are innocent until proven guilty so, we want to see is there an active case already? Or are they using this information to initiate deportation proceedings?" questioned immigration activist, Benjamin Prado.

Prado said he fears this will become a new standard practice for ICE, which will allow agents to target suspected individuals rather than those found guilty of their crimes.

“We’ve even seen individuals detained before they can go into court and defend themselves from any accusations, so does it undermine due process for those individuals?” Prado said.

The U.S. Attorney's office said the two remaining subpoenas are due next week. They also said all four men whose records were requested have prior convictions.

ICE is seeking out information currently withheld due to the sanctuary state laws. NBC 7's Niala Charles has more.