Shoppers were escorted Friday out of a Costco in Corona and streets were blocked off surrounding the warehouse after witnesses reported a shooting.

Corona police said in a Tweet that a shooting incident at the Costco, at 480 N. McKinley St., has been stabilized and that there was no threat to the community, but they did not immediately release any further details.

"We will release more information as we work to confirm the facts," the department said in the tweet.

Aerial footage showed armed officers checking cars in the parking lot and what shoppers being led outside. 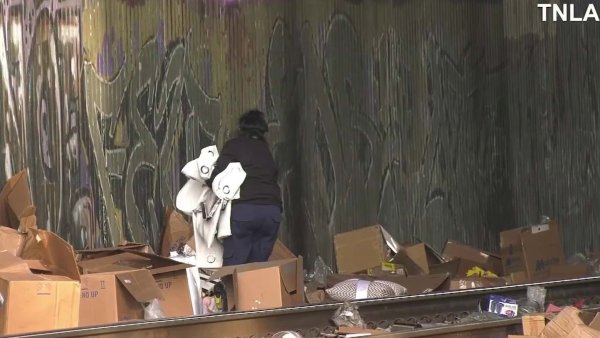 Piles of Trashed Amazon and FedEx Packages Along Tracks. California Is the Top Target for Cargo Thieves

A video provided by a shopper showed several people inside the store hiding behind a meat case as screaming could be heard. At one point, a police officer could be seen inside.