'I don’t condone the actions as portrayed on this video by our jail staff, San Joaquin County Sheriff Steve Moore said in a statement

A video recently released by the San Joaquin County District Attorney's Office captures a correctional officer "inexplicably" strike a handcuffed detainee in the head back in 2017, according to the county's sheriff's office.

The video portrays a man detained for intoxication sitting on the ground of the San Joaquin County Jail holding area after being brought in on Aug. 24, 2017, according to the sheriff's office. The man, who had his arms and legs cuffed as well as a "spit bag" on his head because he allegedly tried to spit at officers, was "apparently posing no threat" before being hit in the head by the correctional officer.

A Manteca police officer who witnessed the incident reported it to higher-ups immediately, according to the sheriff's office. 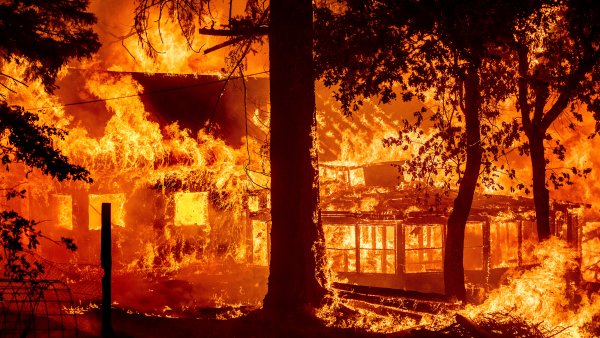 The correctional officer — identified as Matthew Mettler — was immediately placed on administrative leave and later charged by the district attorney's office with a misdemeanor count of assault by a public officer, according to the sheriff's office.

"As Sheriff, I don’t condone the actions as portrayed on this video by our jail staff," San Joaquin County Sheriff Steve Moore said in a statement. "It is inconsistent with the professionalism of San Joaquin County Correctional Officers, and of this department. The action taken by the DA's office is appropriate and we support their position."

It is not known if Mettler has an attorney, according to the Associated Press. He is slated to appear in court on March 26.