The Caldor Fire grew another 10,000 acres in the last day and continues to march closer to Lake Tahoe.

Smoke blowing into the Bay Area has made the air hazardous to breathe and all but choked off the Tahoe tourism industry. But there is one glimmer of good news: Fire officials believe they will stop the fire from reaching the Tahoe basin.

Not everyone, however, shares their optimism.

A fire tracker said everyone should still be packed and ready to go. He wants people to know that there is a risk of the fire making its way to Tahoe.

Zeke Lunder is a wildfire analyst who has been tracking and mapping fires more than 20 years,

"I don't think the fire is going to make it to the Tahoe basin tomorrow, or even the next day," Lunder said. "But it could be there in a week." 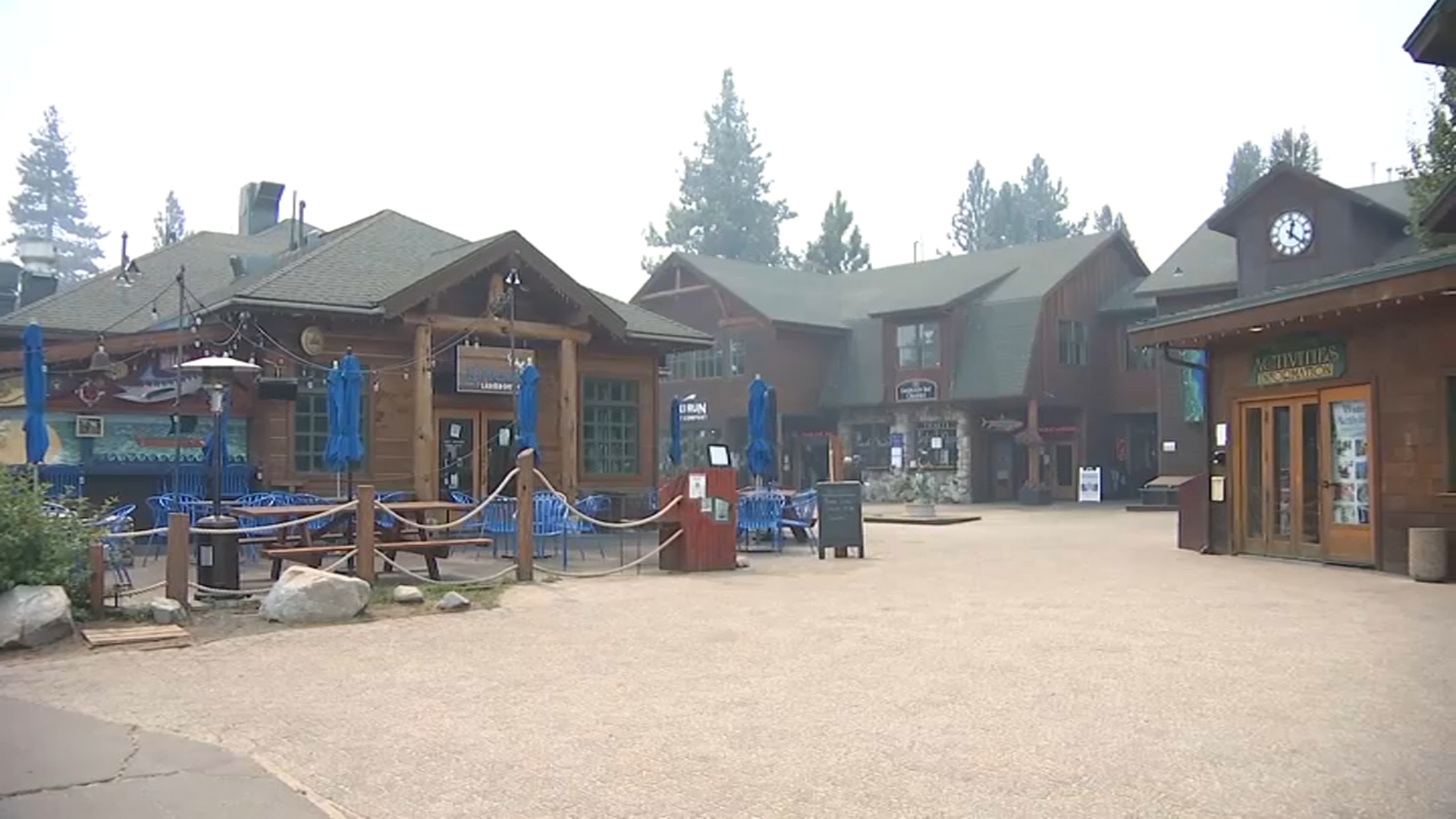 Lunder said, considering current wind direction and the reality of what is on the ground in its path, the Caldor Fire is primed to make a march into Take if the conditions are right.

"With the dryness of the fuels, and the fact that these areas haven't had fire over a hundred years, that's kind of setting the stage for the fire continuing to spread," Lunder said.

Meanwhile, Cal Fire's director and the people who are currently managing the fire said they are fairly confident the flames will not reach the Tahoe basin.

"I would say it's an unlikely event," said Duane Wallace, South Tahoe Chamber of Commerce CEO.

Wallace bases the assessment on the word of his wife, Tamara Wallace, who toured the Caldor Fire on Wednesday and was briefed on its forward progress.

The devastation of towns like Grizzly Flats, California, by wildfire is become a more common occurrence. A new report by Climate Central shows that the number of “fire weather days” each year — days that are hot, dry and windy — have soared over the past 5 decades. NBCLX Chase Cain reports from California’s Caldor fire.

Wallace does agree with Lunder on one thing -- being ready to get out is a good idea.

"Everybody ought to have things packed just in case," Wallace said.

Both Wallace and Lunder are hoping for help from above.

"The weather really is the wild car," Lunder said. "If the weather cooperates and we don't have winds out of the west, that will buy us a lot of advantage."

The chamber has been warning tourists about the conditions in Tahoe when they call, but also try to encourage visitors to reschedule for September or October.

The Caldor Fire, the nation’s top priority for firefighting resources, has grown to more than 213 square miles (551 square kilometers) southwest of Lake Tahoe but containment remained at 12%, according to the California Department of Forestry and Fire Protection.