Extremely Heavy Winds in Sierra Ahead of Big Snow Storm

Winds were gusting in excess of 90 mph in the central Sierra on Monday ahead of a storm expected to bring up to 2 feet of snow to mountain tops around Lake Tahoe by the middle of the week and create a chance of snow as far south as the mountains near Las Vegas.

The National Weather Service issued a winter storm warning for the Tahoe area effective from 4 p.m. Tuesday to 4 p.m. Thursday. Eight to 18 inches of snow was possible at lake level with winds gusting as high as 60 mph.

A high wind advisory was upgraded to a high wind warning in the central Sierra including California's Mono County near the Nevada line, where sustained winds of 25 to 40 mph were gusting over 80 mph. A gust of 94 mph was reported Monday morning at Mammoth Lakes Airport south of Yosemite National Park, the weather service said.

A high wind warning also was issued until 7 p.m. Monday further south for Death Valley National Park, much of the Mojave Desert and parts of Nye, Esmeralda and western Clark County. Las Vegas and southern Clark County was under a high wind advisory. 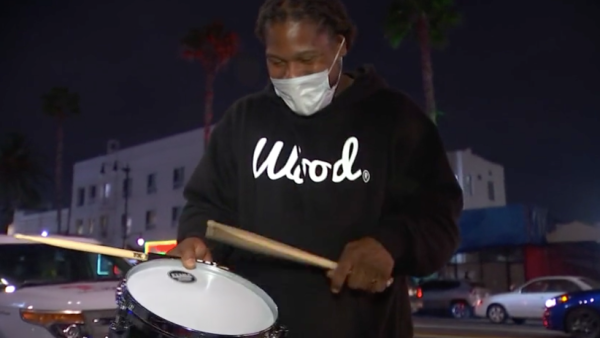 The worst conditions are expected around Lake Tahoe late Tuesday through midday Wednesday. Snow totals could reach 3 feet by Thanksgiving Day in some localized areas along the Sierra Crest as the unusually cold and potent storm for late November makes its way through the region, the weather service said.

"Travel could be very difficult to impossible," service forecasters in Reno said Monday. They said it could take holiday travelers two to three times longer than normal to reach their destination.

"If you are traveling for the Thanksgiving holiday and want to avoid major winter travel headaches, finish your travels by midday Tuesday," the service said.

In the valleys, a winter weather advisory runs from 4 p.m. Tuesday to 4 p.m. Wednesday for areas in and around Reno, Sparks and Carson City where 1 to 5 inches of snow is possible.

Most of north-central and east-central Nevada is under a winter storm watch late Tuesday through Wednesday night, including parts of Nye, Eureka, Lander, Esmeralda, Lincoln and White Pine counties. Ten to 20 inches of snow possible in the highest elevations with 5 to 10 inches in the valleys. The worst weather there is expected Wednesday into Thursday.

In southern Nevada, a winter storm watch is in effect late Tuesday night through late Friday night, with 8 to 24 inches of snow possible and winds gusting to 40 mph in the upper elevations of the Sheep Range in Lincoln County, and the Spring Mountains-Red Rock Canyon west of Las Vegas.