California Diners May Be Screened for Virus Before Seated

California wants restaurants to screen guests for symptoms, have servers wear masks and keep diners at least 6 feet apart under guidance released Tuesday to prevent the spread of the coronavirus.

Gov. Gavin Newsom’s administration didn’t set a strict limit on the number of diners and allows members of different households to go out to eat together. But the state suggested using outdoor seating and encouraging takeout where possible to limit crowds. It also suggested disinfecting menus or providing disposable versions, suspending the use of salt and pepper shakers — or disinfecting them — and putting an end to preset tables.

The guidance applies throughout California but restaurants can’t reopen for dine-in service until the counties where they are located get state approval for them to do so. More rural areas with few virus cases are expected to reopen dine-in restaurants more quickly, and Butte and El Dorado counties have already been cleared to start.

California is recommending restaurants screen guests for symptoms, have servers wear masks and keep diners at least six feet apart once they reopen under guidance released Tuesday to prevent the spread of the coronavirus. Thom Jensen reports. 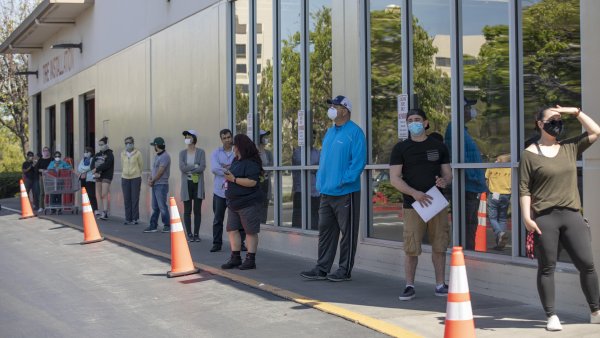 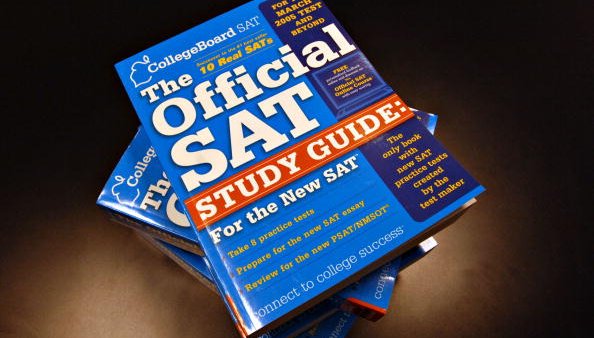 University of California: End Use of SAT in Admissions

Mike Bartusick, owner of The Park Bench Café in Huntington Beach, said he already moved to disinfect menus and outfit workers with masks when dining out was still allowed. He figured ketchup and sugar would no longer remain on tables and with only outdoor seating he’s confident he can get ready to open — but needs to know when.

“Everything’s doable. I just want to get a date,” he said, adding a little more than half his usual crew is currently working to handle takeout orders. “Most restaurants are going to need at least a week to gain their staff back.”

Restaurants have been walloped by the stay-at-home order in California, which has allowed takeout orders but not in-person dining due to concerns about the virus’s spread. Restaurant owners have been forced to lay off staff as takeout is often a fraction of their business and they have been rallying to reopen their doors.

In his daily briefing, Newsom said the guidance aims to provide flexibility to the broad range of restaurants that operate throughout the state while ensuring customers and workers feel safe.

California has more than 90,000 restaurants that generate $7 billion in sales tax each year, more than any other industry, according to the California Restaurant Association.

The group welcomed the focus on safety measures and said its members are eager to reopen so they can stay in business. The association had previously drafted its own list of recommendations, including limiting tables to no more than 10 people and an end to salad bars, buffets and shared bread baskets.

“Other states have established arbitrary rules around restaurant capacity, but what’s important are safety measures and physical distancing,” Jot Condie, the association’s president, said in a statement.

But even with the new guidance, some restaurant owners said challenges remain. Jay Esopenko, owner of San Francisco’s Union Larder, a wine bar and charcutier, said he can’t reopen yet.

“Unfortunately for us we only have 35 stools and they’re all about 18 inches apart so we could probably get 10 people in there, and there is no way to get any distance between the staff,” he said. “It just doesn’t help us right now. I wish it did, but yeah, that’s part of our charm — we’re crowded every night, in close quarters. That’s kind of how we like it.”

Blake Mellgren, chef proprietor of Craft House in Dana Point, said he spread out pairs of bar stools to ensure physical distancing and expected servers would need masks. He said he initially plans to only take reservations and will build in time to sanitize tables but is concerned about some of the state’s guidance, such as having kitchen staff wear masks while cooking in sweltering conditions.

“If you’re expecting a cook to cover their face and not be able to breathe at maximum capacity, we’re going to run into health hazards,” he said.

Niccolo Angius, co-owner of Cesarina in San Diego, said he was glad state officials didn’t specify the number of diners he can seat at his restaurant, which boasts a large patio area. He said he doesn’t know if pastry chefs can still make desserts at customers’ tables, but patrons will be able to continue to see the restaurant’s pasta-making viewing room since it is enclosed with windows.

Only now, the pasta makers will don gloves and masks — safety measures that Angius said restaurants must get right the first time.

“If there is a second wave, and we have to close again after reopening, at that point, customers are going to be extremely scared about going out again,” he said.