COVID-19 Transmission Rates on the Rise Again in Bay Area

For some counties in the Bay Area that had been weighing when to scale back or remove indoor masking rules, moving back into orange or red tiers will now push back those hopes

Thousands of Bay Area elementary schoolchildren got their first dose of protection against COVID-19 on Wednesday.

The shots began less than 24 hours after the CDC gave the green light for a lower-dose vaccine for children aged 5 to 11.

But even as vaccination rates go up, it appears the Bay Area is taking a step in the wrong direction, when it comes to COVID-19 transmission.

This CDC map showed Solano and Sonoma counties are back in the red tier, which is considered "high” and all other local counties have slid back to orange including San Francisco and Marin, which were in "yellow" earlier this week. 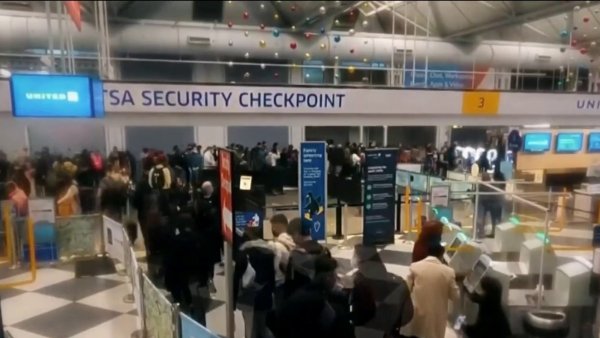 For some counties in the Bay Area that had been weighing when to scale back or remove indoor masking rules, moving back into orange or red tiers will now push back those hopes.

In Marin County, where the vaccination rate where more than 90% of eligible residents are vaccinated, county public health officer Dr. Matt Willis said they are not worried about sliding back a bit.

That's because they're tracking other important factors too.

"The day that we moved into the orange tier from the yellow tier, was also the first day in over four months that we had no one in the hospital with covid-19 in Marin, we had zero hospitalizations,” he said.

Willis added that it wouldn't make sense to reinstitute mask rules after the county's transmission rate went up because at the moment no one is going to the hospital because of COVID-19.

Hospital capacity across the rest of the Bay Area is also looking pretty good.

Gandhi added that the Bay Area and California in general are mostly testing people who have symptoms.

While many other states are still testing on a wider scale.

When you compare California with 39 and a half million people and Louisiana - with 4.6 million, you can see the bayou state is testing a larger portion of their population, meaning more negative tests.

Also, after a surge in infections because of the delta variant over the last few months - more people in states like Louisiana now have natural immunity.

That may explain why infection rates in those states are dropping but in California, they are flat or slightly up.

"You have a choice, in an unsafe, natural immunity through infection,” Willis said. “Or a safe vaccination-based way of gaining immunity we're all going to need over the future."

When it comes to indoor masking rules in the Bay Area, the availability of shots for 5- to 11-year-olds, means counties can now start an eight-week countdown until the day they could be clear to lift those mandates.