Despite Omicron, Holiday Travel Bounces Back at Airports

While the Omicron variant continues to spread rapidly across the United States, many holiday travelers are keeping their holiday plans and heading to airports. 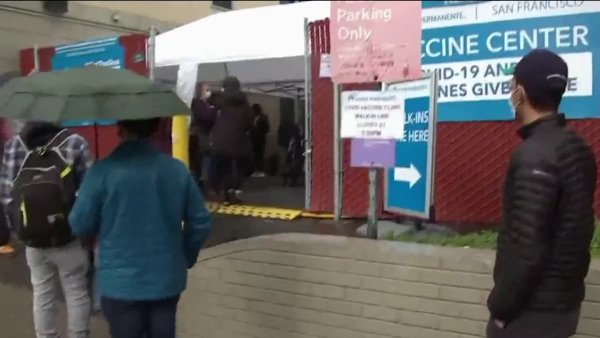 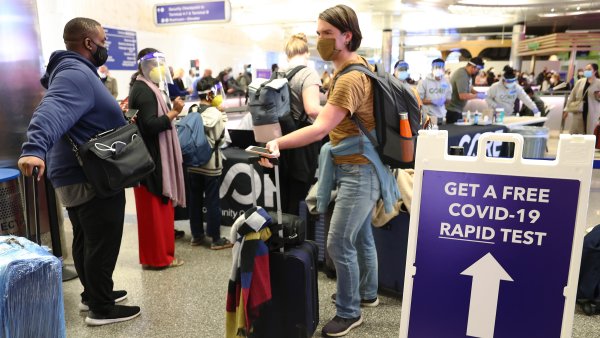 In the Bay Area, the number of travelers is expected to rebound similarly. At Oakland International Airport, officials expect nearly 370,000 passengers to travel through their airport between December 3 and January 2. That number would be 90% of 2019 passenger levels and three times the 2020 passenger levels seen at the same time period at the airport. Oakland's airport also expects the busiest travel days during this holiday stretch to be December 23, December 26, and January 2.

Oakland International Airport was bustling Thursday and the number of passengers arriving at the terminal increased as the day went on.

Heather Scott of Pleasanton was flying into Oakland from Hawaii. She said there were only a few open seats on her flight.

As she travels, concerns about the Omicron variant have been on her mind.

"It worries me a lot," she explained, "I have health issues, I would not like to get it. I try to be safe myself and always wear my mask and stay six feet apart."

“I’m a believer in the vaccine, I’m triple vaccinated, I got my booster as soon as I could, and I have really felt safe,” said Taher who flew in from Houston to see his family in Fremont.

"I’m not fearful at all, I’m good, I wear my mask," said Jacquie Shaw of Vallejo.

Shaw was one of the unlucky passengers whose flight didn't take off as planned Thursday. She said her flight to Oklahoma was first delayed, then cancelled.

Shaw said the airline booked her another flight Friday, so she will have to return the the airport in hopes of a successful takeoff.

The spread of Omicron may lead to more cancellations throughout this holiday season. 112 United Airlines flights and 90 Delta Air Lines flights for December 24 have been cancelled. United Airlines said in a statement "Omicron cases this week has had a direct impact on our flight crews and the people who run our operation" and Delta said its teams "have exhausted all options and resources -- including rerouting and substitutions of aircraft and crews to cover scheduled flying."

For those who do choose to fly, there are ways to curb your risk of spreading COVID-19. The TSA recommends keeping six feet of distance from other people when possible and washing your hands before and after going through the security checkpoint.

The California Department of Public Health noted its important to pick the right mask, try to find one with a good fit for you that doesn't allow for gaps above the nose or on the sides. CDPH said the best masks for preventing COVID-19 include N95s, KN95s, and KF94s. But if you don't have access to one of those types of masks, the department recommends wearing a surgical mask or a surgical mask with a cloth mask on top. If you choose to wear a fabric mask, CDPH advises to wear one with three or more cloth layers.

The department also recommends delaying both domestic and international travel until you are fully vaccinated.