Chaos and Confusion in Europe as Trump Issues Travel Ban

“The Corona virus is a global crisis, not limited to any continent and it requires cooperation rather than unilateral action,” European Union leaders said in a joint statement.

A Las Vegas wedding with an Elvis impersonator: Canceled. A 3,500-kilometer (2,200-mile) trans-America road trip, a voyage of a lifetime that took months to prepare: On ice, too.

For Europeans brought up on imports of American television, music, sports and fast food, the idea of suddenly being temporarily unwelcome on the other side of the Atlantic was a psychological shock, too, akin to being spurned by an old and familiar friend. 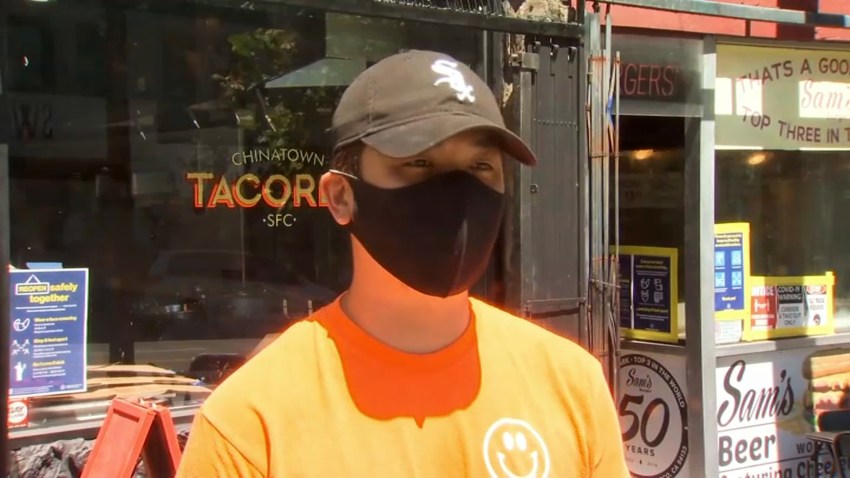 “We were going to get married in Las Vegas, with Elvis. It was going to be epic," said Sandrine Reynaert, a Parisian who was having to cancel the ceremony on April 20, a date that Gael, her future husband, already has engraved on the inside of his ring.

“It's strange,” she said of the travel ban. “Perhaps an overreaction compared to the epidemic.”

Reynaert said she'd take a day off work Friday to devote herself to canceling or adjusting reservations, unraveling the road trip that, as well as Las Vegas, also would have taken them to other iconic spots of Americana: Route 66, Joshua Tree National Park, the Grand Canyon.

As the number of coronavirus cases rise, so do concerns from travelers.

Likewise, retired French teacher Jean-Michel Deaux spent months planning the 3,500-kilometer (2,200-mile) trans-America road trip that has now evaporated just when it was within touching distance, with a flight into New Orleans that had been booked for March 24.

The March-May voyage with his wife, Christiane, would have taken them through multiple states, on a giant south-north loop. They planned to follow in the footsteps of the Marquis de Lafayette, the French aristocrat who fought with American colonists against the British. They wanted to see Amish communities in Pennsylvania, take in music in Memphis and ride a boat on the Mississippi. They even bought extra suitcases to carry gifts and souvenirs back to France.

“We’ve been preparing this trip for years,” Jean-Michel Deaux said. “It was going to be a pilgrimage.”

“I’ve been studying the maps every night,” he added. “I had already pictured myself on the boat.”

As the pandemic grips Europe and the U.S., it continues to ebb in China, where the first cases of COVID-19 emerged in December. China reported a record low of just 15 new cases Thursday and was cautiously monitoring new arrivals who were returning with the virus from elsewhere.

More than three-fourths of China's patients have recovered. Most people have only mild or moderate symptoms, such as fever and cough, though symptoms can be severe, including pneumonia, especially in older adults and people with existing health problems. Recovery for mild cases takes about two weeks, while more severe illness may take three to six weeks, the World Health Organization says.

Trump, in a rare Oval Office address to the nation Wednesday night, said the monthlong restriction on travel from Europe would begin at midnight Friday.

While Trump said all European travel would be cut off, Homeland Security officials later clarified that the new travel restrictions would apply only to most foreign nationals who have been in the “Schengen Area” at any point for 14 days prior to their scheduled arrival to the United States. The area includes France, Italy, German, Greece, Austria, Belgium and others in the zone that has the highest number of confirmed COVID-19 cases outside of China.

"Lots of chaotic energy in Tegel right now," said NBC News journalist Shannon Ho, who was at Berlin's Tegel airport about to fly home from vacation just hours after the restrictions were announced.

Ho told NBC, after speaking to several U.S. citizens, "Americans are stressed and just trying to get home."

European Union leaders blasted Trump's decision, saying it was taken "unilaterally and without consultation," and condemned the president's remarks accusing the E.U. of spreading the virus in the U.S. by not imposing stricter travel restrictions on China and elsewhere.

“The Corona virus is a global crisis, not limited to any continent and it requires cooperation rather than unilateral action,” European Council and European Commission Presidents Charles Michel and Ursula von der Leyen said in a joint statement Thursday morning.

On the receiving end of the restrictions, Europeans struggled to make sense of them. A Parisian mother said she got woken during the night by her 19-year-old daughter calling from Los Angeles to say that she wouldn't be coming home for a visit this month because she feared that she wouldn't then be allowed back into the United States to finish her course of schooling there.

There were immediate howls of concern from the travel industry. Americans also scrambled to leave Europe too, even though the travel ban shouldn't stop them from getting home.

“I’ve been hysterical for two days, so a complete panic attack about getting home,” said Helen Neumann from Martha’s Vineyard, Massachusetts, who was flying to Boston on a direct flight from Rome on Thursday. “I was like, I’ve got to get out of here.”

Reynaert expects to postpone her trip and the Elvis wedding in Vegas to next year.

“We didn't want to do something conventional in France,” she said.

Deaux said he’d try to reschedule their voyage for later this year, in hopes the virus passes.

“When I heard this morning, I was very disappointed but not surprised,” he said. “All the preparations, ruined.”

Associated Press journalists Alex Turnbull in Paris, and Karl Ritter in Rome, contributed to this report.