Farmers Markets Scaling Down With Eye on Safety Due to Virus

Many venues have moved to drive-thru shopping, reduced days or hours, and fencing to control crowds

Johnny Gyergyou has been selling his farm’s meat, poultry and eggs at a Detroit farmers market for more than a decade, but like many of his regular shoppers, he’s been staying home in recent weeks to wait out the coronavirus crisis.

Gyergyou, 72, said the crowds at Eastern Market just aren’t big enough to make it cost-effective for his typical 33-mile (53-kilometer) Saturday trips into the city from his farm in Berlin Township.

“We’ve been doing fairly well (selling) at the farm. It’s not Eastern Market sales by no means, but at least it’s helping us along here,” said Gyergyou, who added that he’s heard other vendors say they were scared to sell in Detroit, which has been hit particularly hard by the coronavirus.

Farmers, growers and operators of open-air markets are heading into one of their busiest times of year while facing the added challenge of the coronavirus. The disease has led to stay-at-home orders and the closure of nonessential businesses in many places, and has killed more than 60,000 people in the U.S. and at least 230,000 worldwide.

Shoppers venturing to farmers markets this spring are likely to see a lot fewer vendors and fellow customers. The ones they do see will be taking precautions to guard against the spread of COVID-19, such as the wearing of face masks and frequent use of hand sanitizer. Many markets have already taken other steps, including turning to drive-thru shopping, reducing their hours of operation and using fencing for crowd control.

Nearly all of the hundreds of Saturday morning shoppers at Eastern Market wore masks and there was ample spaces between vendors.

“Three weeks ago, it was nearly empty,” said Carrie Simpson, 48, of Wyandotte outside of Detroit. 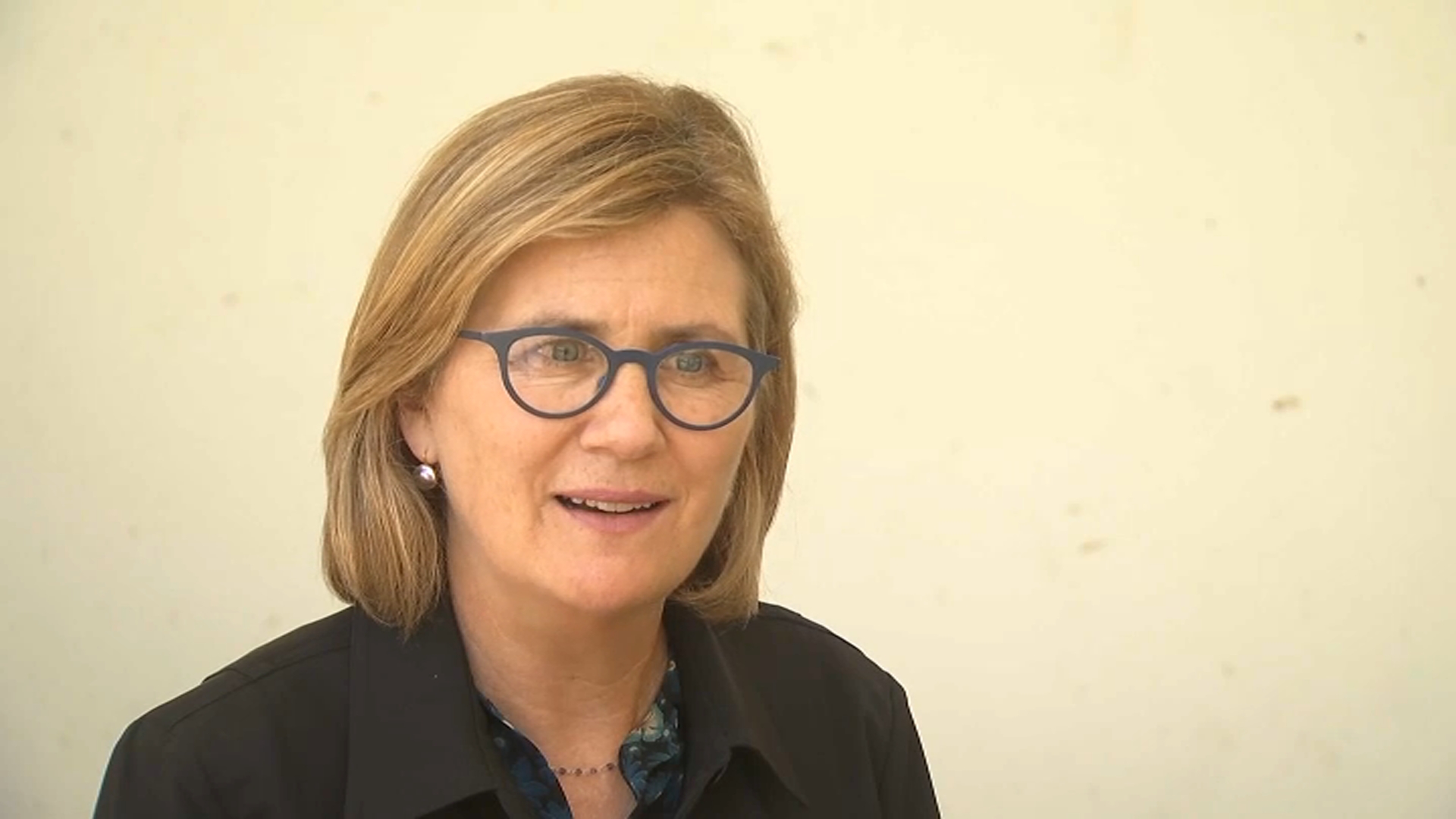 Dr. Sara Cody on the Ongoing Fight Against COVID-19 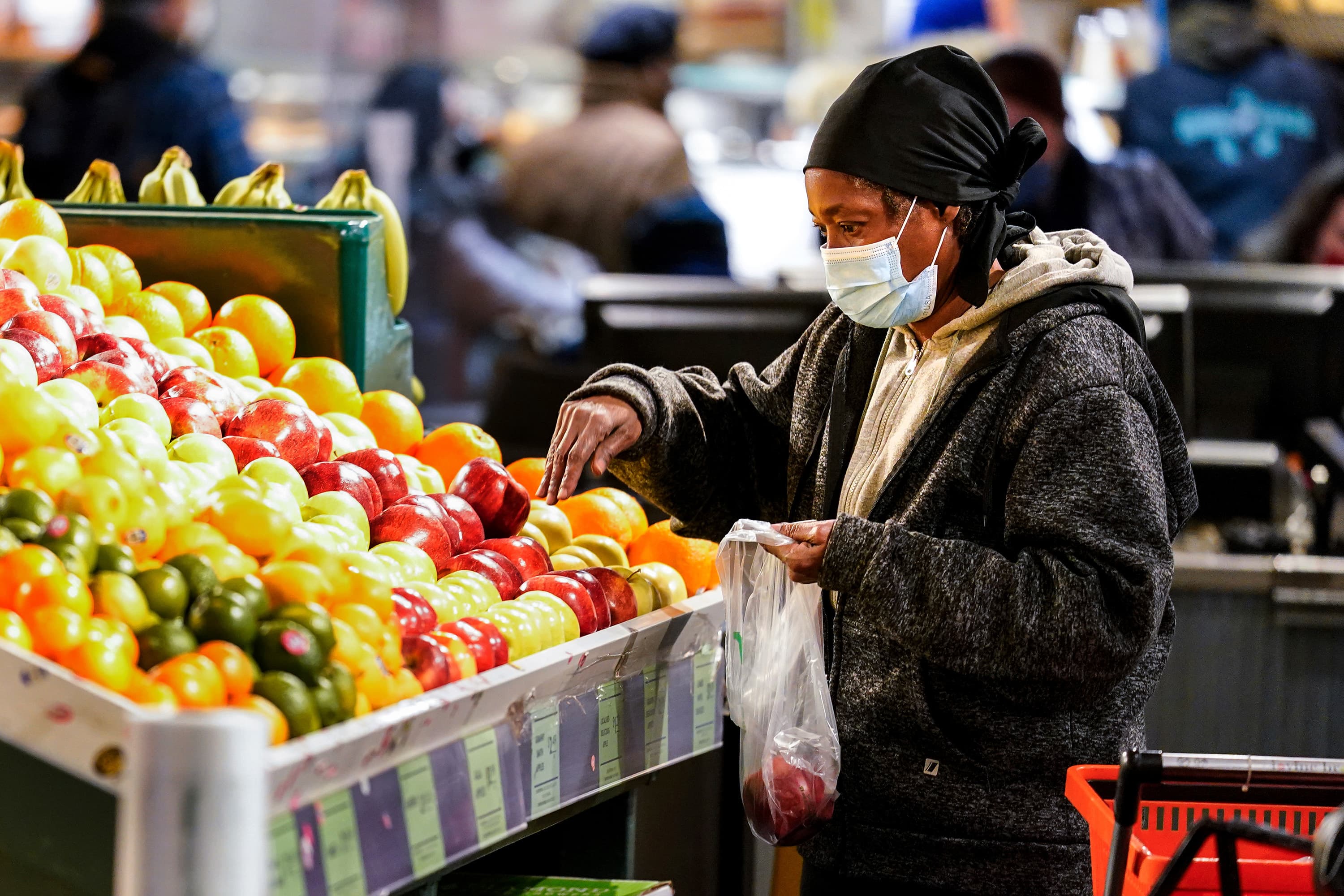 Saturday was her fourth visit to the market since fears of the virus forced businesses to close and people to stay home. Simpson bought eggs, plants and herbs and said she drives to Gyergyou's livestock farm for her meats.

“I want to support the farmers. Their sales are down,” she said.

The farmers market in Overland Park, Kansas, has been relocated to the city’s convention center, where patrons drive past vendors who bring produce to their vehicles. About 35 vendors participated on April 25 and vehicles were at the gate when the market opened at 8 a.m. About 700 drove through before a 2 p.m. closing, said Meg Ralph, a city spokeswoman.

In Vermont, officials are requiring all farmers markets to be held outdoors and have banned entertainment, children’s activities and cooking demonstrations to prevent people from congregating in small spaces. The Bennington Farmers’ Market was scheduled to reopen on Saturday as a pre-order drive-thru market. And in the state’s quaint capital city of Montpelier, the Capital City Market was prepared for pre-order pickups and in-person shoppers, with no more than 10 people allowed in the market at a time. Vendors must be spaced 12 feet apart and wear face coverings and gloves.

Such precautions can take some of the joy out of outdoor shopping, but that’s the price of safety.

“They won’t be able to talk about recipes (or) their families — converse about the kids, like they normally do,” said Myra Gorman, market manager for the farmers market in Evanston, Illinois. “Some of them will share phone numbers so they can do that stuff later.”

The market just north of Chicago typically attracts as many as 7,000 people on a Saturday. This weekend, 35 vendors will be set up and only 105 or so customers will be allowed inside at any time. Once inside, all the thumping, touching, smelling and grabbing of fruits and vegetables will be replaced by pointing by mask-wearing customers to mask- and glove-wearing vendors.

No farmers have backed out, said Gorman, adding that “this is their business, their livelihood.”

One of the vendors, Todd Nichols, said he couldn’t skip the market even if he wanted to. Nichols is an owner of Nichols Farm & Orchard in Marengo, a community about 55 miles (90 kilometers) northwest of Chicago. He said about 90% of his income comes from farmers markets and restaurants. Restaurant sales have fallen through the floor during the pandemic, he said.

“Farmers markets are just too important not to go,” Nichols said.

“We passed our first thousand customers, everybody is doing social distancing and there is a big open space in the middle of the market so there’s enough space to walk around and feel safe,” she said.

The Saturday market in Collingswood, New Jersey, near Philadelphia, launched 20 years ago. The 2020 edition, which was set to open Saturday, won’t have live music or some of the other attractions that has made it a festival-like destination in years past. Like so many other markets trying to survive the pandemic, it will be a stripped-down “farm-to-car” market that has moved to a big parking lot.

“Their crops didn’t know there was a pandemic going on,” he said.

Meanwhile, Detroit’s Eastern Market is considering putting up fencing to maintain social distancing. Grids are painted on the floors to remind people to keep space between themselves and others.

About a dozen vendors are participating in drive-thru shopping on Tuesdays at the market.

“We feel safe,” said Mark Thomas, who along with his wife, Jill, were trying to sell bottles from their Unwined Winery.

But things were slow Saturday morning. “It's easier when you can get samples to people,” said Jill Thomas. “We're not allowed to do that now.”

The restrictions aren’t limited to the U.S., either. At the farmers market near the Primrose Hill neighborhood in London, shopping has been restricted to a few people at a time who are given gloves upon entering. Vendors are spread out and work behind plastic shields.