Trump Takes Aim at WHO as US Economic Outlook Worsens

In the U.S., the number of workers filing for unemployment benefits is still extraordinarily high by historical standards, and that suggests businesses are failing or permanently downsizing

With new U.S. economic numbers highlighting the rough road ahead for a hoped-for rebound, President Donald Trump on Friday took aim at the World Health Organization and China, blaming both for their roles in the pandemic's devastation.

Trump announced that the United States will end its support for WHO, charging it didn't respond adequately to the health crisis because of China's “total control” over the global organization. Trump said Chinese officials “ignored” their reporting obligations to the WHO and pressured the agency to mislead the world when the virus was first discovered.

Earlier Friday, U.S. Commerce Department statistics showed a record-shattering 13.6% drop in spending in April, a day after a federal jobs report showed another 2 million-plus Americans went out of work last week. The depth of the spending drop is particularly damaging because consumer spending is the primary driver of the economy. 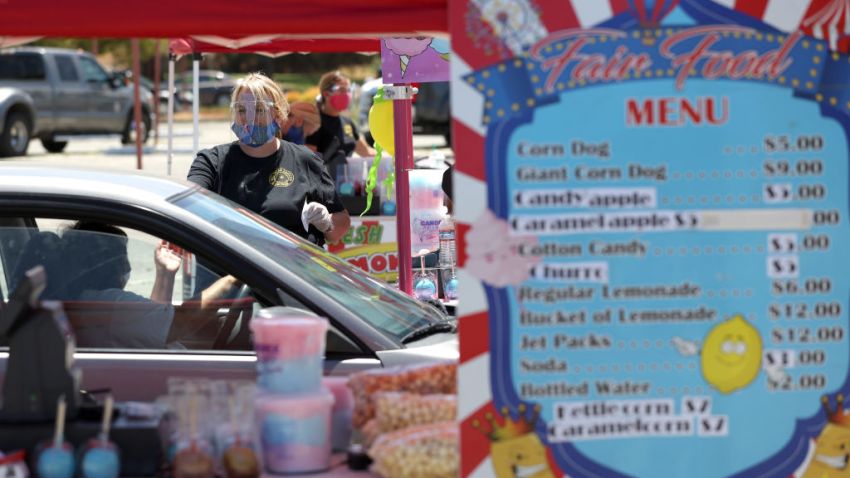 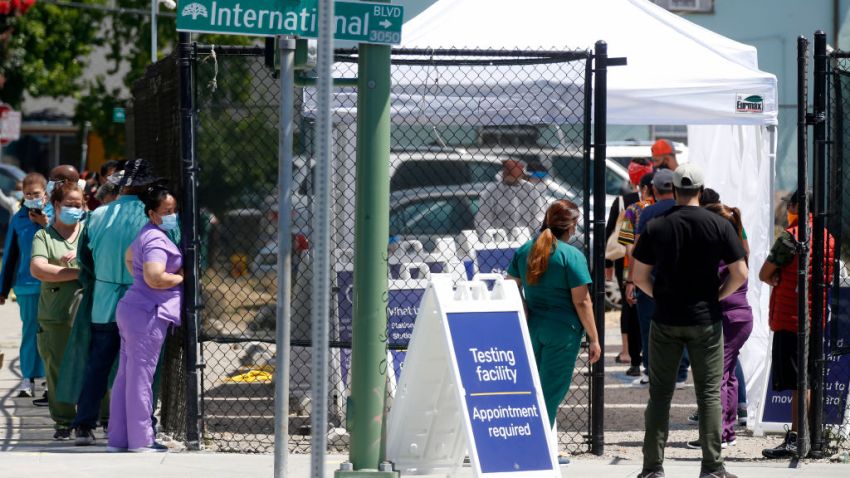 The bad economic news was echoed in Europe, where an extensive social welfare net was showing signs of fraying, as protests erupted for a second day in Spain against layoffs by French carmaker Renault and Italy’s chief central banker warned that “uncertainty is rife.”

Some U.S. states were going ahead with steps to reopen businesses and leisure activities needed to spur spending and restore jobs, but there were also reminders of the risks of moving too quickly.

In Missouri, officials said they were trying to notify “mass numbers of unknown people” after someone who attended crowded pool parties Memorial Day weekend at the Lake of the Ozarks tested positive for COVID-19. Video of the parties circulated widely online, with many people criticizing revelers for flouting social distancing guidelines.

Arkansas over the past week has seen a steady rise in active coronavirus cases, following moves by Gov. Asa Hutchinson to reopen businesses shuttered during the pandemic.

Health officials on Thursday announced the number of active cases, excluding people who have recovered or died, hit a new high of 1,830 in the state, which has had a total of 6,538 cases. Arkansas also hit a record for a one-day increase in infections in the community, meaning ones that don’t include the incarcerated.

“We’re not going to go back, but we want people to follow those guidelines, make sure they do everything they can to avoid the spread and we can get through this,” Hutchinson said.

However, a rural Northern California county decided to temporarily rescind its order allowing reopening of restaurants, shopping and other services after its first coronavirus cases developed.

Lassen County had no reported coronavirus cases until May 22, when state data showed it was one of only two California counties with zero cases. But as of Wednesday, the county of 30,000 people had reported five known cases. Lassen County had started reopening businesses under state rules on May 11.

The nation’s worst pandemic hot spot was meeting goals set for hospital rates and testing, will “stockpile” personal protective equipment like masks and will focus on infection rates in outbreak areas by ZIP code, he said. He made the remarks as a large swath of upstate New York got the go-ahead Friday to reopen hair salons, retail shops and offices under strict guidelines. New York City remains the only region of the state that hasn't started reopening.

A federal public health study released Friday shed more light on the contagion's beginnings in the United States. The most comprehensive federal study to date concluded that the spark that started the U.S. coronavirus epidemic arrived during a three-week window from mid-January to early February, before the nation halted travel from China.

Some people have claimed Americans were getting sick from the coronavirus as early as November and that infections were spreading in the U.S. before any case was identified, said Dr. Robert Redfield, the head of the U.S. Centers for Disease Control and Prevention. Redfield said the study “puts data into the discussion.”

The U.S. Commerce Department figures showed that consumers are unable or reluctant to spend, even as incomes soared 10.5% in April, reflecting billions of dollars in government payments in the form of unemployment aid and stimulus checks.

However, wages and salaries — normally the key component of overall income — sank by an annualized $740 billion in April. By contrast, income in the form of government support jumped by an annualized $3 trillion. That form of income will likely fade in coming months as government aid programs expire.

Until Friday's spending report for April, a revised 6.9% decline in March had been the record for the steepest one-month fall in records dating to 1959.

Debate in Congress over whether to extend the $600 a week in federally provided benefits to the unemployed looked sure to intensify, with the number of people receiving the aid now topping 30 million — one in five workers. The money, included in a government relief package enacted in March, is set to expire July 31.

The latest job-loss figures from the U.S. Labor Department brought to 41 million the running total of Americans who have filed for unemployment since shutdowns took hold in mid-March.

Adam DuPaul, owner of City Barber Shop in Keene, New Hampshire, said he applied for unemployment as soon as the state expanded eligibility to include self-employed workers in mid-March, but still hasn't “gotten a dime.”

Though hair salons and barbershops were allowed to reopen earlier this month, he wanted to wait due to safety concerns, but he's feeling he has no choice now.

“I truly feel like I’m forced to open this coming Monday,” DuPaul said. “I really want to get back to what I love, but I don’t want to feel unsafe doing it.”

Elsewhere, New Zealand said it has all but eradicated the coronavirus with just one person in the nation of 5 million known to be infected. But developments were grim in other nations, with India reporting a record increase in cases, and Pakistan and Russia record numbers of deaths.

In the first major increase since France started gradually reopening on May 11, authorities there reported more than 3,000 new daily nfections. It was not immediately clear if the spike was due to a greater availability of testing.

Worldwide, the virus has infected about 5.9 million people and killed about 360,000, according to a tally by Johns Hopkins University. The true dimensions of the disaster are widely believed to be significantly greater, with experts saying many victims died without ever being tested.