Librarian Lisa Fagundes has spent many years happily surrounded by the fiction books she loves, at her job on the first floor of San Francisco’s Main Library.

“I like science fiction, so it’s a good fit for me,” Fagundes said.

But now in pandemic times, Fagundes has been tapped for a job that sounds like it was plucked from one of those science fiction titles — she’s now an official contact tracer. 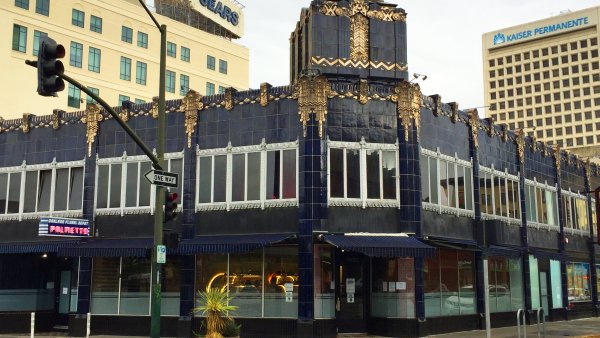 Fagundes is among hundreds of San Francisco city workers who’ve been trained by UCSF to track down and warn people who’ve come into contact with those who’ve tested positive for COVID-19. For four hours every afternoon, she runs down a spread sheet created from interviews with COVID-19 patients, reaching out by phone to all their potential contacts

“We’re basically trying to get them to quarantine to understand that they’re at risk,” Fagundes said.

The city of San Francisco has partnered with UCSF to train librarians, assessors and attorneys to work as coronavirus contact tracers, tasked with tracking down possible exposures and containing them before the virus spreads further. Kris Sanchez reports.

San Francisco partnered with UCSF to train librarians, assessors and attorneys to work as contact tracers. UCSF is now rolling out the program statewide in a partnership with California’s public health department to train 20,000 contact tracers by July. Gov. Gavin Newsom has pinpointed contact tracing, along with large-scale testing, as keys to reopening California’s economy.

Working from a Victorian home in the city’s Mission District, Fagundes said the majority of the people she calls are appreciative of the information. Some are scared. Some are suspicious of a call from the government. She does her best to reassure them.

“It’s a little more intense for sure,” she said of her new gig.

Fagundes said her library job — in which she’s in often in contact with homeless people in mental crisis — prepared her for the task of talking to people coping with potentially distressing news. She said her job is to help assess people’s needs and to aid them in taking appropriate action.

“We just try to do our best to let them know that this is private and we’re not sharing the information,” Fagundes said. “And we just want to make sure they can get quarantined and any testing or food or whatever they might need.”

Fagundes underwent what she called an intense week of training with UCSF which included learning interview techniques. She said she consults a script during each call.

During the training she learned that contact tracing has been around since the dawn of humans — as simple as someone being warned to avoid someone who was sick. She called contact tracing a “precise tool” the state will need to safely reopen its economy and isolate the spread of the disease.

Fagundes said her role as contact tracer is scheduled to run until the end of May, though the city could extend it. For now, with the library closed for the unforeseeable future, she said she was happy to do a job that was simple and useful. At the same time she said she was looking forward to getting back to her old job.

“I deeply miss my library, I miss my co-workers,” she said. “I miss looking at books.”