"If there were a Hall Of Fame of doers, his statue would be out front."

If you were to describe Ken Ravizza by what he did for a living, you would call him a builder.

But if you wanted to describe Ravizza by the way he lived, friends and family would say Ken was a "doer."

"He was a doer," sand life-long friend Paul Biagini. "If there was a Hall Of Fame of doers, his statue would be out front."

Biagini had a front row seat to Ravizza's life. The two met as boys living on the same Santa Clara street. They went on to attend elementary, high school, and college together. 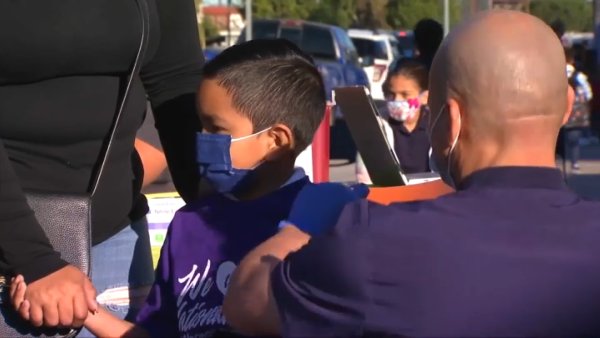 Padilla, Other Officials to Urge Parents to Get Children Vaccinated Against COVID-19

Biagini always marveled at Ravizza's self-assuredness and confidence, leaping from one stage of life to the next.

"He would always be the first to do something," Biagini said. "I would watch him do it and then figure it out. That was Ken."

"If my dad did anytyhing, he did it passionately," said Andrew Ravizza. He said his father's non-stop energy and willingness to tackle any challenge served him well during his many decades in the construction industry, most recently with TICO Construction.

Ravizza's resume, his son said, was spread all over the South Bay.

"He had so many projects around San Jose" Andrew Ravizza said. "We'd be driving in Los Altos and he'd be say, 'I built that 35 years ago, that one ten years ago."

"He didn't like sitting still," said daughter Vanessa Ferrara. Her father was the patriarch of an extended family with roots stretching back four generations in the South Bay. Ferrara says her father always the driving force behind organizing family gatherings.

He was also a passionate a curious traveler, exploring locations around the world, most recently with his fiance Kristen Marenco.

"He always loved to plan a trip," Ferrara said. Once he got back from one vacation, he was planning the next."