Several beaches in the Bay Area drew large crowds on the Memorial Day holiday as many looked to escape from COVID-19 stress at the coastline.

Corina Barajas drove nearly two hours from the Sacramento area with her 4-year-old daughter to Linda Mar Beach in Pacifica, where hundreds descended onto the sand to soak in the sunshine.

"We just need to get out," Barajas said. "It's (been) a couple months that we'e been sheltered in." 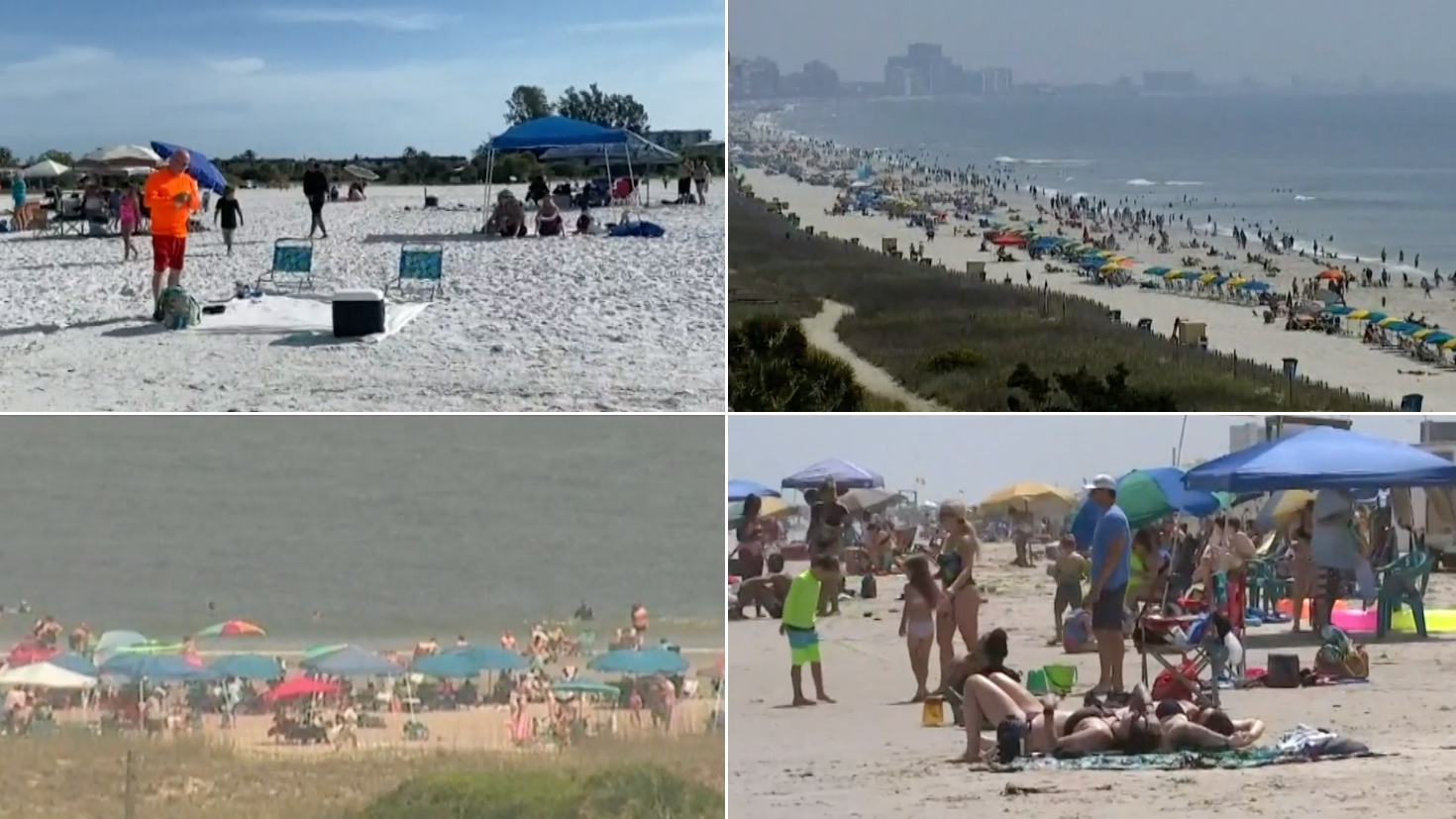 US Commemorates Memorial Day Amid Pandemic

Pacifica resident Lisa Fabiani had to share the beach with a lot of people during her daily walk.

"A lot of people are breaking some rules, but they are staying six feet apart," Fabiani said. "It is what it is. People need fresh air."

Despite signs posted telling people beach chairs and umbrellas are prohibited they popped up anyway. Ranger then were seen making rounds and asking people to take them down.

And while masks are not required for anyone exercising on the beach, many were seen not wearing any face coverings even when they were less than six feet from others.

It was just as crowded in Half Moon Bay even though most of the parking lots were full.