There are new allegations and a lawsuit against a nationwide COVID-19 test company that operated three pop-up sites here in the Bay Area. Their tests were free.  But, we now know they cost taxpayers more than $100 million dollars.

NBC Bay Area has been looking into the Center for COVID Control for a week.

Wednesday, the Minnesota Attorney General filed suit against the company and its lab, alleging misrepresentation, false advertising, and deception. It echoes what NBC Bay Area is hearing from patients here -- at locations in San Jose, San Ramon, and Mountain View.

“I certainly think their procedures could have been a lot better,”  said Alan Arndt, a CCC patient.

Arndt says he visited the Center for COVID Control test site in Mountain View in late December and got a free rapid test and a free PCR test. 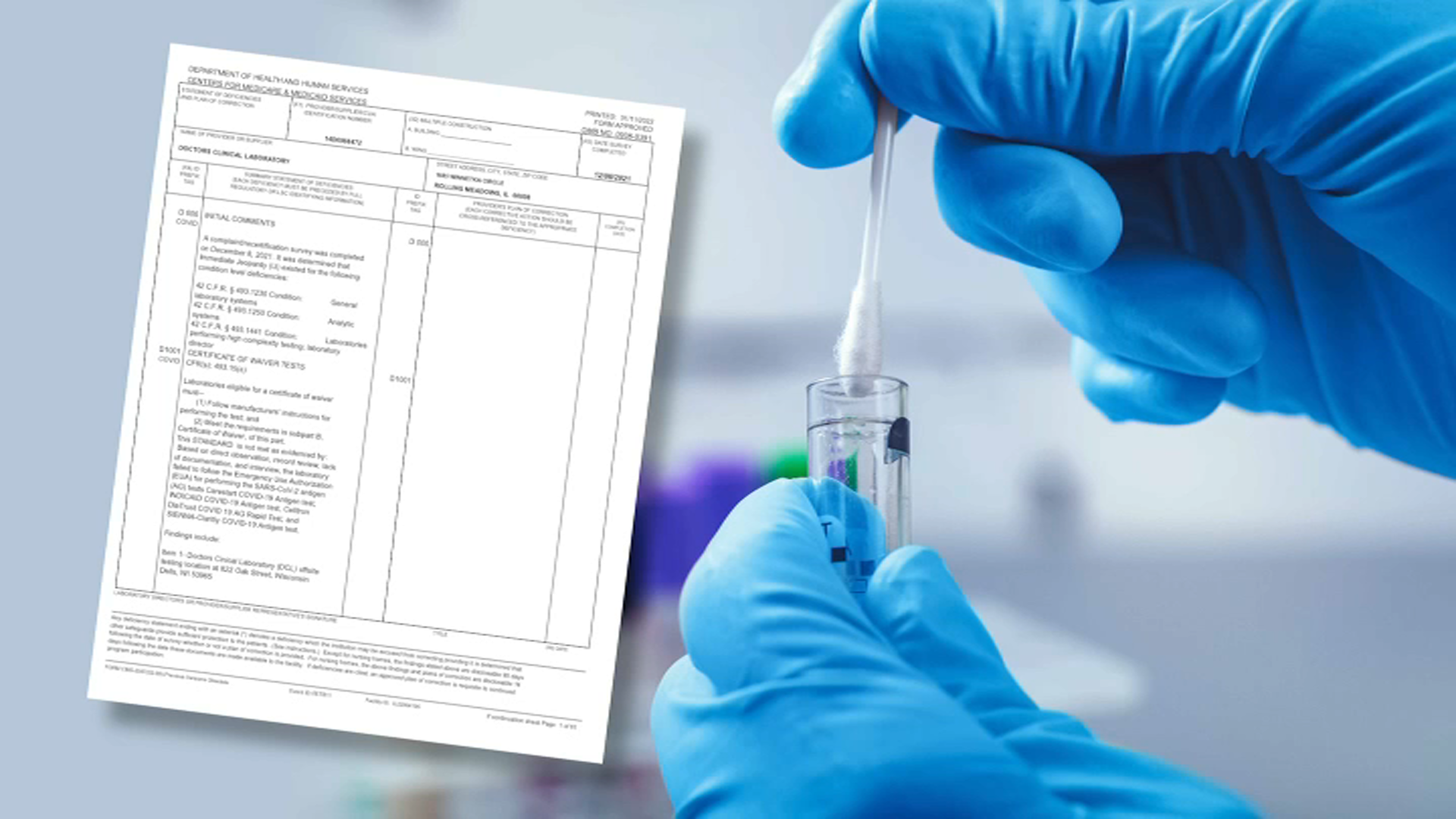 Feds Investigate Center For COVID Control; Thousands of Tests Might Be Invalid 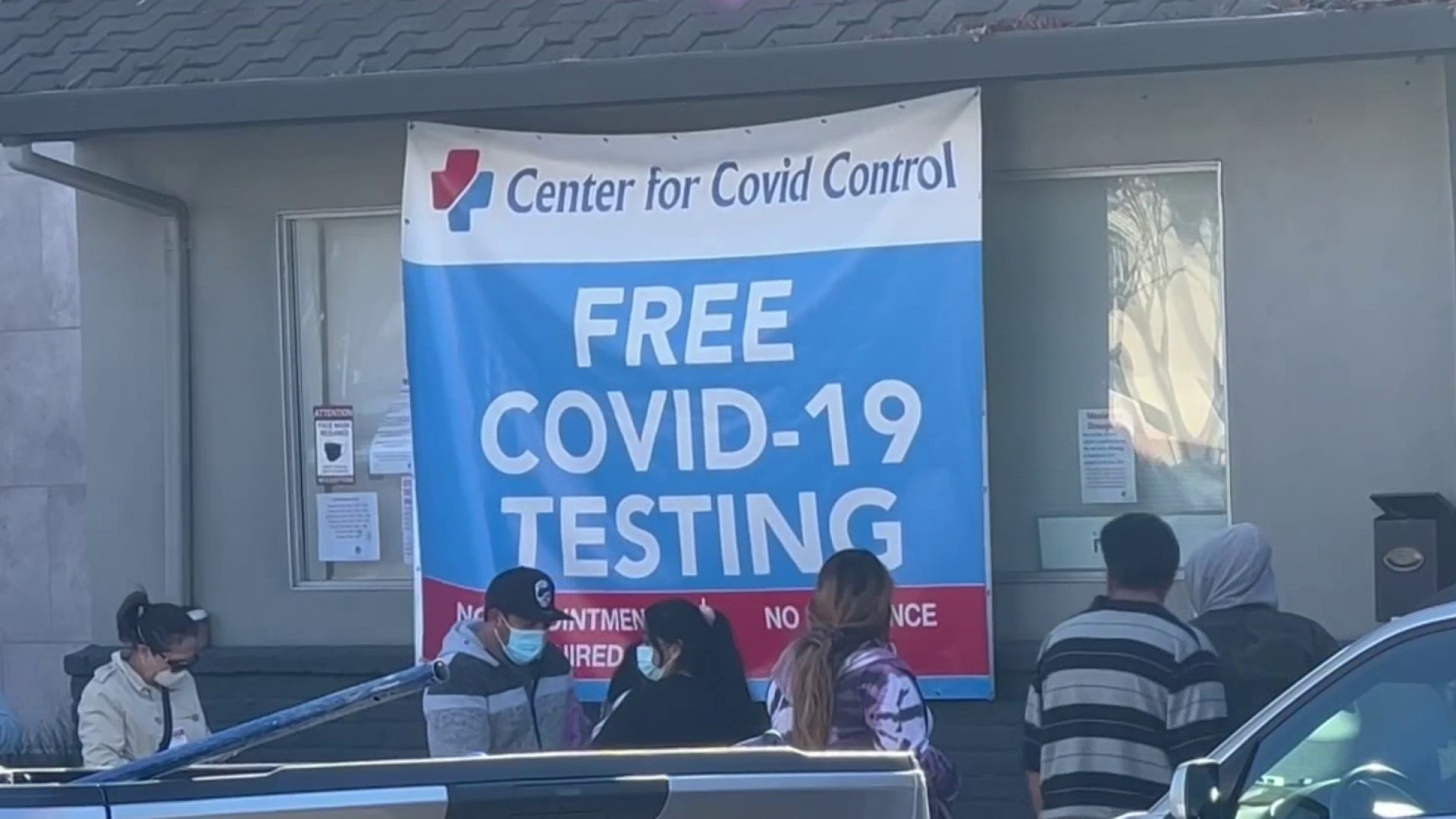 As of January 19, Arndt was still waiting on his PCR result.

“It never showed up,” Arndt said. “I sent them an email about that… never heard back on the email. And it’s been like three weeks now.”

Arndt is not alone.

Patients around the country have complained.

“We did not get results,” said CCC patient Hannah Puffer.

“They trusted they would get accurate results on time,” said Minnesota Attorney General Keith Ellison. “They didn’t get that. We’re holding these companies accountable.”

The complaint accuses the companies of often failing to deliver results. And when they do send results, they “are often deceptively riddled with inaccurate and false information,” the suit said.

In addition, the lawsuit says the companies falsely reported results to people whose tests had not been processed, or had never provided a sample. The suit paints a picture of a mess behind the scenes, for example: “tests being stored in trash bags.”

According to a CDC database that tracks federal COVID-19 payments, the government has paid CCC’s lab more than $100 million tax dollars during the pandemic.

The Minnesota complaint raises a question about whether taxpayers should have even been sent many of the bills. It says the companies’ back-end patient info system included a “default” option of “uninsured” -- to bill the government for tests instead of people’s insurance companies.

Arndt has health insurance. Yet he says CCC told him to leave it off his forms.

“There was a question about your insurance information,” Arndt recalled. “And they said, ‘just don’t bother.’”

Again: Arndt is not alone.

A complaint from a Center for COVID Control patient to the Illinois Attorney General says: “I asked why the form I filled out was asking for my insurance and why they wouldn’t use my insurance, the person said they just bill the government.”

We asked CCC about this.

A spokesperson said: “What you describe is non-CCC policy, not directed by CCC, and of course is unacceptable.”

We asked the CCC spokesperson if the companies billed taxpayers for botched tests.

His response: no. “A degraded or spoiled sample is not tested, therefore no payer is billed,” he said.

In a December interview with our Chicago sister station -- before these allegations arose publically -- the man who says he’s CCC’s founder acknowledged some problems. “We want to be in compliance,” said Ali Syed. But Syed also pointed a finger at some of the agencies that are investigating those problems.

“Our problems come from a shortage of employees. and, the government entities themselves, like the department of health making our life much more difficult,” Syed said.

Back here in California, Arndt has concerns about his “free” test.

“It didn’t cost me anything, so I’m clearly not upset in that sense,” Arndt said. “I guess I got what I paid for. But it is costing me something in tax dollars and that’s not good.”

We have not yet received a response.