It’s a challenge to open a restaurant anywhere, any time. Now imagine trying to open one in the midst of a pandemic.

But that was exactly the challenge the owners of the tropical steakhouse Palmetto in Oakland’s Uptown District decided to confront head on — holding its grand opening Monday — serving take-out cocktails, wine and food.

“Basically a smaller version of what you would have gotten had we been open,” said co-owner Phillip Ricafort. 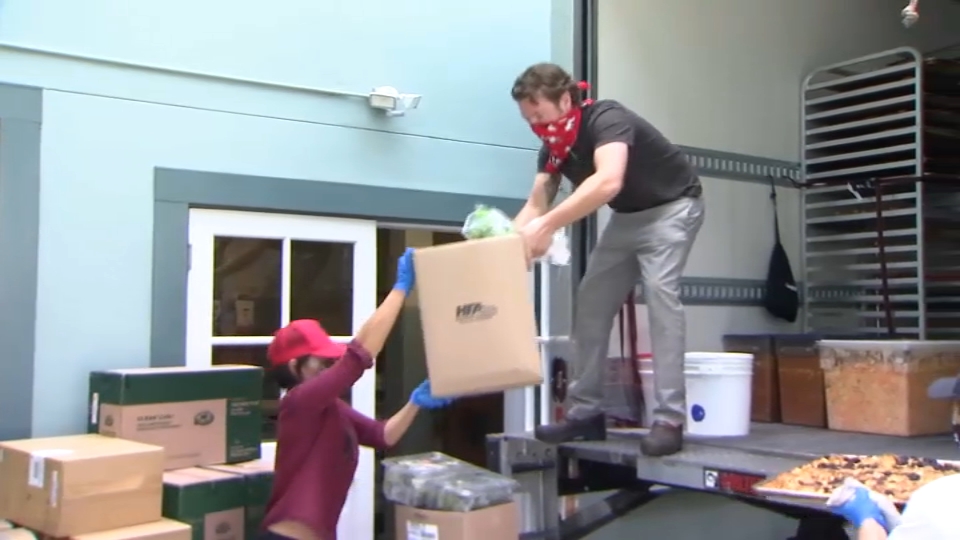 The restaurant was two weeks from its highly anticipated grand opening in March when California issued its shelter-at-home order in response to the pandemic. The Palmetto staff had been hired, the bar remodeled — when business-as-usual went out the window.

The restaurant remained silent and empty week after week.

But after securing a small business loan from the Payroll Protection Program, the owners decided to open for takeout, generate a bit of revenue while keeping some of the staff on the payroll.

“We figured we could use it as least to put some people back to work,” Ricafort said, just hours before the 4 p.m. opening.

The owners are hoping Palmetto, which occupies the site of former Flora restaurant, can weather the immediate future, at least until the state allows restaurants to open for dining in. But when that will happen and what it will look like is still a big unknown.

Co-owner Chris Aivaliotis said he was nervous about opening amid the uncertainty of the pandemic, and whether there would be enough business to even support the restaurant in the short-term.

“Our whole model was built on the revenue generated from people sitting here and spending money,” said Aivaliotis, pointing to the quiet streets with scant foot track. “Or going to a show across the street.”

Ricafort said the business would follow the guidelines for social distancing and PPE. But aside from the murky future, he said the restaurant’s mission remained the same as any other time.

“Provide a little hope,” Ricafort said. “And a good meal for people.”