After warning the public it might have to close permanently because of a lack of revenue, the Oakland Zoo reopened its doors Monday and will continue to operate.

The zoo held a soft opening for its members with the general public to begin visiting Wednesday.

"It's been a long four months of being closed," said Oakland Zoo Executive Vice President Nike Dehejia, flanked by a yard of flamingos.

In early July, zoo officials announced they might not be able to weather the COVID-19 storm if they couldn't open soon. The zoo estimated its bills at about $1 million a month with no revenue coming in.

"We're not like a retail shop or restaurant -- you don't turn the lights off and go home," Dehejia said. "We've got a living population of animals."

The reopening appears to come in time to save the zoo -- and just in the nick of time for families who have been stuck at home for four months.

"It's nice to do something a little more normal," said Sarah Hantz, who brought her son, Ben, to see the animals. "Feel a little bit of freedom again." 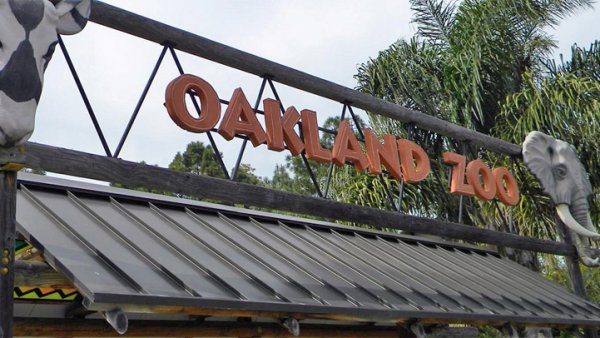 Like most reopenings, business-as-usual was still on hiatus. Instead, visitors found a multitude of new measures in place to enhance safety. Tickets were only being sold online. Masks were required. Indoor exhibits like the Zimmer Bug House were closed along with playground areas.

The zoo's sky trams were in operation, but riders in each car had to be from the same household, and every ride was followed by a thorough cleaning. Still, the increased safety measures didn't seem to damper excitement.

"Everything we've been through, a little bit of normalcy will do us good," said Patrick Dadnia, who brought his 11-month-old daughter.

Chantel and Jafar Williams roamed the exhibits with their three children who were finally getting their wish for a zoo visit.

"It's good to be out back at the zoo, see the animals," Chantel Williams said. "The kids can get out and see them -- they've been bothering us the whole time about the zoo."

Zoo officials said during the closure, the animals seemed to notice the absence of the humans. On Monday, the giraffes craned their necks to study the scrums of visitors -- and a chimpanzee engaged in some intense people watching.

"Some of the cats up top were right up close to the fence rather than hiding which is unusual," Hantz said.

For many turning out on day one, it was a sign that in these COVID times, the zoo has transformed from a pastime into something of an escape.

"It's been fun to find different things at home," Caitlin Dadnia said. "But it's so nice to be able to get out of the house."