Sgt. Gilbert Polanco is one of over 230 employees at the prison who have COVID-19. His family is also in isolation after testing positive for coronavirus.

So often the discussion about COVID-19 is a numbers game. But it's critical to remember that every number is a person that often is in the fight for their lives.

That includes Sgt. Gilbert Polanco, one of over 230 San Quentin employees who contracted the virus.

On Monday, Polanco was in an induced coma at a South Bay hospital while his family stayed in isolation.

"It's a serious virus. It's here," Gilbert's wife, Patricia said. "People don't think it exists. It can and it can rattle your life." 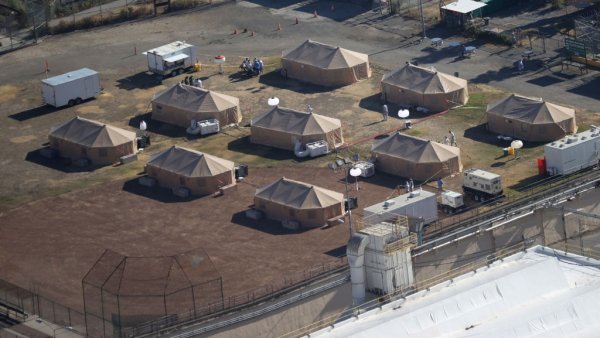 The family took Gilbert to the hospital on July 3 and have not seen the army veteran in person since.

"We dropped him off at the ER and that was difficult and hard to do because there's no waiting room," said Selena, Gilbert's daughter. "You just have to drop him off outside."

Adding to the family's anguish, both mother and daughter tested positive as well. Selena still has a lingering cough.

To date, more than 60% of San Quentin's incarcerated population and some 234 employees have contracted the virus.

The family said, despite reports of lax controls, the guards did whatever they could to keep the virus out of the prison. But they question whose idea it was to transfer in more than 120 inmates from infected prisons.

The family said fighting the virus is a roller coaster -- one day nurses tell them to prepare for the worst and the next day they say Gilbert's numbers look better. They believe it's the fight in Gilbert that will help him defeat the virus.

"He's going to get through this," Selena said. "I know he's strong. He's going to see all the support. I was him to see that."

Patricia adds her husband "is a fighter. He needs to come home and I can't picture it any other way."