Singing Together, Apart: How a Berkeley Music and Meditation Event is Flourishing Online

Though fans around the world had asked her to livestream her weekly gathering, Jennifer Berezan kept it an in-person affair — until the COVID-19 pandemic changed everything

Songer-songwriter Jennifer Berezan lives by the belief that music is a powerful medicine.

"Music helps people get through everything," she said. "Most cultures have used music in really difficult times."

It's the principle by which she started her weekly Monday night gathering, called Sing & Awaken, in 2018 — a year when wildfires ravaged parts of the Bay Area and tensions between the nation's political parties continued to heighten.

"I knew that I needed a place to go to help settle my mind and help calm my nervous system," she said. "And decided I would start offering a once-a-week evening where people could come and sing and chant and meditate and be together."

Berezan has a global following, both as a recording artist and as an organizer of large multicultural music and meditation events. She said she'd had numerous requests to broadcast the Monday night events online for fans outside the Bay Area, but she'd always wanted to keep the events in-person and informal.

"I'm rather resistant to going online, because I've been a performer and a teacher for 40 years in front of people, live, and I thrive off of that energy of connection, being in a group, being with an audience," she said. But faced with shelter-at-home orders, "It's become a necessity, I think, for so many of us. If we want to connect, that's the way to do it."

Berezan is one of countless musicians who've moved online during the pandemic, streaming performances to fans as their concerts and television appearances are canceled. But from the very beginning, she said, she didn't want it to be a one-way affair. Shrugging off Facebook and Instagram streaming, she set about creating an interactive event that would take place via videoconference.

"It's pretty challenging to put music on these platforms like Zoom, but I kind of figured out the best I could to make it sound decent, and it's working," she said.

Sitting in her dining room with a microphone, two guitars, a portable sound mixer and a handful of small photography lights, Berezan has been hosting Sing & Awaken since mid-March without leaving her house. She invited us to observe the event — as long as we could do so from outside her window with the help of a small step ladder.

"Can you hear me okay out there?" she began, before launching into a song and asking participants to sing along.

Between verses, she continued to interject words of encouragement: "A little louder!" and "Try the harmony!" to those singing along in their own homes with their microphones muted.

Though she can't hear them, Berezan says she can see participants getting into the music — and that's enough to put a smile on her face.

"You can scroll through and start looking at people in their living rooms and their offices, sprawled on their couch with their dogs, their kids dancing around the kitchen — and it's amazing how connected you can feel," she said. "People have written and told me, 'I love this, because normally, I feel anxious about singing in a crowd, and I'm just home with my partner or my kid or my cat, and I'm singing at the top of my lungs.'"

Berezan loves surrounding herself with a diverse lineup of musical artists when she performs, and guest artists have quickly become a staple of Sing & Awaken's online edition.

"There are so many people who want to come," she told her online audience. "I feel so lucky — everybody's free!"

Musicians who would ordinarily be on tour or spending long days in the studio are also sheltered at home, and join the event each week from their own living rooms. Each event features two different guest artists.

Berezan provided us this list of artists who've appeared as guests so far:

Guest artists she says are lined up to appear at future Sing & Awaken events include:

Though they're far apart, Berezan encourages people to create their own calming meditation spaces at home, and join the event from there. Participants have sent in dozens of photos of the spots they've created, adorned with colorful art, flowers, chimes, musical instruments and spiritual symbols.

When she asks participants to meditate silently, Berezan does the same, remaining on camera as she breathes deeply and quietly for several minutes. In a stressful time, she said, her decades-long practice of meditation is serving her well.

"A lot of times, people do it just to get calm after a day of work, almost like a martini, you know, just to calm yourself down," she said. "But really, the practices are designed to be there for us in times of real challenge. And that's where we're finding ourselves."

Joining the Sing & Awaken video call requires an email invitation, which Berezan says can be requested at her website. 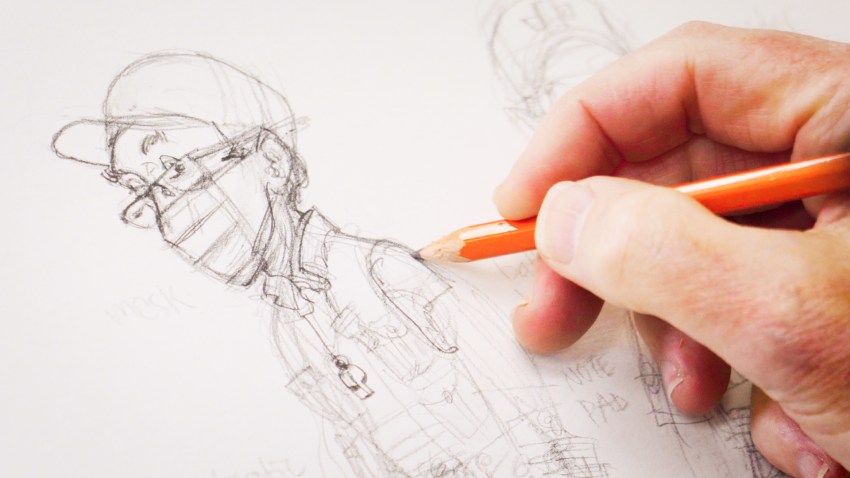 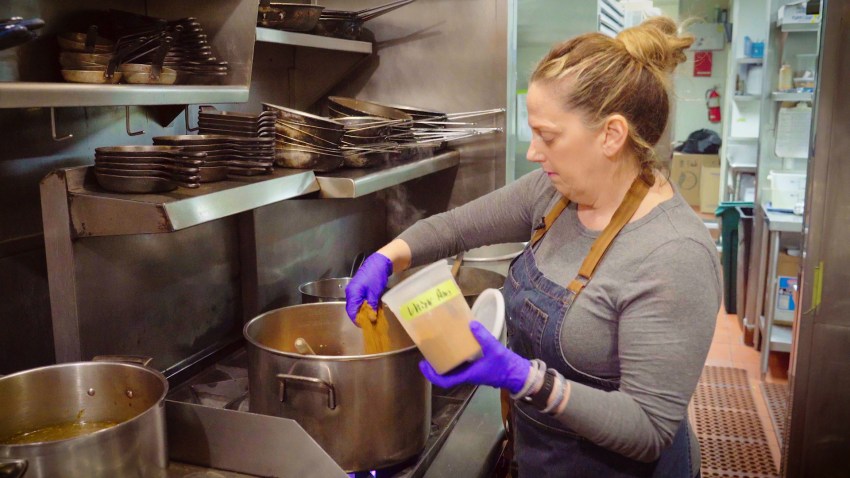