The number of U.S. coronavirus cases surpassed 1 million on Tuesday and there have now been more than 58,000 deaths, according to a count maintained by NBC News. The true figures are believed to be much higher, in part because of limited testing and difficulties in counting the dead.

The grim milestone comes as the Trump administration is reviewing proposed new guidelines for how restaurants, schools, churches and businesses can safely reopen.

Some states, such as Georgia, have already moved to reopen their economies. On the other hand, states like New York, which has been hit particularly hard by the virus, are keeping strict stay-at-home orders in place. In an unprecedented move, the state announced Monday that it will cancel its Democratic presidential primary, and neighboring New Jersey said it's "several weeks away" from beginning to reopen.

Worldwide, the number of confirmed cases of COVID-19 climbed above 3 million. 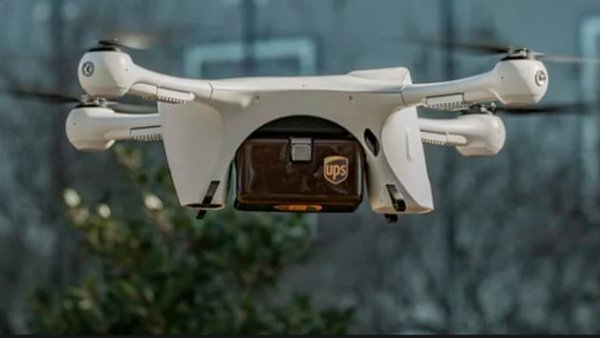 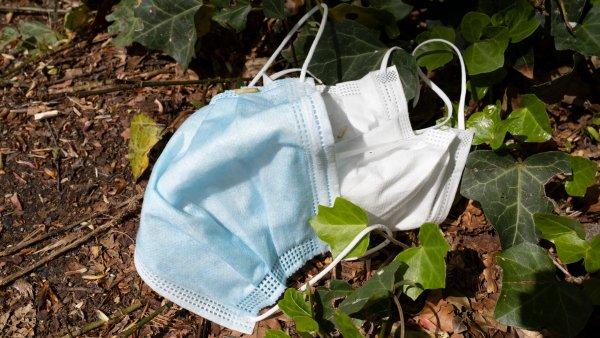 Nearly 70 residents sickened with the coronavirus have died at a Massachusetts home for aging veterans, as state and federal officials try to figure out what went wrong in the deadliest known outbreak at a long-term care facility in the U.S.

While the death toll at the state-run Holyoke Soldiers' Home continues to climb, federal officials are investigating whether residents were denied proper medical care and the state's top prosecutor is deciding whether to bring legal action.

"It's horrific," said Edward Lapointe, whose father-in-law lives at the home and had a mild case of the virus. "These guys never had a chance."

Sixty-eight veteran residents who tested positive for the virus have died, officials said Tuesday, and it's not known whether another person who died had COVID-19. Another 82 residents and 81 employees have tested positive.

The home's superintendent, who's been placed on administrative leave, has defended his response and accused state officials of falsely claiming they were unaware of the scope of the problem there.

Restaurants in Georgia and most of Tennessee can legally reopen for dine-in service this week, but that doesn’t mean the restaurants will — or that customers will immediately return.

On Monday, the number of seated diners at restaurants in Georgia was still down 98 percent from a year earlier, according to OpenTable, a dining app that publishes daily data for restaurants in its network. The numbers include both diners with reservations and walk-ins.

Many restaurants in the state are choosing to offer only to-go orders for now, despite Gov. Brian Kemp’s decision to allow dine-in service during the coronavirus pandemic.

In Tennessee, where restaurants could reopen Monday in 89 of the state’s 95 counties, the tally of seated diners was down 97 percent from a year earlier, OpenTable said.

Read the latest updates at NBCNews.com.

The order uses the Defense Production Act to classify meat processing as critical infrastructure to try to prevent a shortage of chicken, pork and other meat on supermarket shelves. Unions fired back, saying the White House was jeopardizing lives and prioritizing cold cuts over workers' health.

More than 20 meatpacking plants have closed temporarily under pressure from local authorities and their own workers because of the virus, including two of the nation's largest, one in Iowa and one in South Dakota. Others have slowed production as workers have fallen ill or stayed home to avoid getting sick.

“Such closures threaten the continued functioning of the national meat and poultry supply chain, undermining critical infrastructure during the national emergency," the order states.

The United Food and Commercial Workers International Union, which represents 1.3 million food and retail workers, said Tuesday that 20 food-processing and meatpacking union workers in the U.S. have died of the virus. An estimated 6,500 are sick or have been exposed while working near someone who tested positive, the union says.

As a result, industry leaders have warned that consumers could see meat shortages in a matter of days. Tyson Foods Inc., one of the world’s largest food companies, ran a full-page advertisement in The New York Times and other newspapers Sunday warning, “The food supply chain is breaking.”

The coronavirus pandemic is taking an increasing toll on the nation's meat suppliers. Last week Tyson's largest pork plant announced it was suspending operations indefinitely after nearly 200 workers there fell ill. Tyson says millions of pounds of meat will disappear from store shelves until its plants can reopen safely.

House Members Won't Return to DC Due to Health Risks

In a reversal, the House Democratic leadership said the House will not resume session next week as planned because of risks to members' health from the coronavirus.

Majority Leader Steny Hoyer declared the sudden about-face Tuesday, citing discussions with the Capitol physician. Many lawmakers are older and in high-risk categories.

The physician has privately warned senior lawmakers it will be at least a year before Congress can return to business as usual.

While the decision could stall work on a new coronavirus relief bill, Hoyer said lawmakers will be asked to return when the legislation is complete.

In the meantime, the House is weighing options for remote legislating and proxy voting, so lawmakers can keep working while away. A bipartisan House task force is set to meet Tuesday to consider proposals.

House lawmakers are particularly eager to hold hearings remotely so they can conduct oversight of coronavirus spending and start preparing the next legislative package.

The Senate still plans to return Monday as both legislative bodies had planned.

What Plan to Reopen the Nation's Malls Looks Like

The biggest mall owner in the U.S. is planning to reopen 49 of its malls and outlet centers beginning as soon as this weekend and through next week in states that have lessened stay-at-home orders, according to a memo obtained by CNBC.

Read more about the plans on CNBC.com.

The Air Force Thunderbirds and the Navy Blue Angels are saluting healthcare workers and first responders on the frontlines of the pandemic with flyovers in New York, New Jersey and Pennsylvania.

"Operation America Strong" began at noon over Newark, New Jersey, and New York City and lasted about 35 minutes. The aircrafts then headed to Trenton, New Jersey, for a 10-minute show before making a final stop in Philadelphia.

Local residents were encouraged to watch the display in a manner that is safe and following social distancing guidelines. But photos shared on social media showed spectators in some New York and New Jersey neighborhoods standing shoulder-to-shoulder to catch a glimpse of the jet squad.

Treasury Secretary Steven Mnuchin on Tuesday vowed that companies that take out more than $2 million in loans from a coronavirus relief program aimed at small businesses will be audited.

Mnuchin, reacting to reports of public companies taking a cut from the Paycheck Protection Program, said on CNBC that the Small Business Administration "will be doing a full review of that loan before there is loan forgiveness."

Borrowers that apply for the program must certify their loan request is “necessary.”

Mnuchin singled out for criticism the Los Angeles Lakers, which along with the owners of Ruth’s Chris Steak House and Auto Nation, were among the more than 220 public companies that applied for at least $870 million, according to CNBC. All three companies are now returning the money.

“I’m not a big fan of the fact that they took a $4.6 million,” Mnuchin told CNBC’s “Squawk Box” of the Lakers. “I think that’s outrageous.”

Modelers at the University of Washington are now projecting an increased number of Americans predicted to die during the first wave of the coronavirus outbreak.

According to the UW’s Institute for Health Metrics and Evaluation (IHME), an estimated 74,000 people in the U.S. will die from COVID-19. A previous model published on April 22 had the number at nearly 67,700 deaths.

"At least part of this increase is due to many states experiencing flatter and thus longer epidemic peaks," the researchers wrote. States have also seen deaths not fall as quickly following a peak.

New York, Massachusetts, Michigan, Connecticut and Texas had the largest increases in death projections since the last model.

The institute warns the current modeling framework is based on states following guidance on when to reopen the economy and the number of cases and deaths could increase due to "increased interaction among individuals" as states reopen without having "fully instituted strong containment strategies like widely available testing and contact tracing."

The latest projections are an outgrowth of IHME’s continued work to forecast the scope of the epidemic in every state and in several other countries.

The first major test of an almost completely vote-by-mail election during a pandemic is about to unfold in Ohio, offering lessons to other states about how to conduct one of the most basic acts of democracy amid a health crisis.

State officials have had to navigate election laws and the need to protect citizens and poll workers from the coronavirus. Ohio’s in-person primary was delayed just hours before polls were supposed to open last month, prompting legal challenges and confusion.

Tuesday’s election replacing it requires voters to run at least three pieces of mail — an application, a blank ballot and a completed one — through the U.S. Postal Service.

With Joe Biden emerging as the presumptive Democratic presidential nominee, there’s little suspense in the results. Ohio’s vote is instead being closely watched as a case study for how to proceed with elections if the pandemic doesn’t ease.

States have taken drastically different approaches, with Wisconsin proceeding with in-person voting earlier this month and New York saying Monday it would cancel its presidential primary, which was scheduled for June.

Turkey has dispatched a planeload of personal protective equipment to support the United States as it grapples with the coronavirus outbreak.

A Turkish military cargo carrying the medical equipment took off from an air base near the capital Ankara on Tuesday, the state-run Anadolu Agency reported. It was scheduled to land at Andrews Air Force Base near Washington later in the day.

Turkey has sent similar medical equipment aid to a total of 55 countries — including Britain, Italy and Spain — in an apparent attempt to improve its global standing by positioning itself as a provider of humanitarian aid in times of crisis.

The U.S. ambassador to Turkey, David Satterfield, issued a statement thanking Turkey for the donation.

"During times of crisis, like the worldwide effort to combat COVID-19, close coordination among like-minded allies and partners is key to developing a swift and effective response. None of us can do this alone."

He said: "On behalf of the U.S. Government, I want to thank our NATO Ally Turkey for today’s generous donation of medical supplies and other essential equipment."

A new facility will soon begin cleaning used N95 masks for Colorado healthcare workers on the front lines of the COVID-19 pandemic, using a "concentrated, vapor phase hydrogen peroxide." According to Colorado officials, a single respirator can be "reused up to 20 times without degradation."

As states gear up to reopen, a poll finds a potential obstacle to controlling coronavirus: nearly 1 in 10 adults say cost would keep them from seeking help if they thought they were infected.

The Gallup-West Health Healthcare Costs Survey out Tuesday finds that 9% of those age 18 and over would avoid seeking treatment because of concerns about the cost of care, even if they thought they were infected with the coronavirus.

A significantly higher number — 14% — would avoid seeking treatment because of pocketbook worries if they had fever and a dry cough, two widely publicized symptoms of COVID-19.

Although Congress and President Donald Trump have made coronavirus testing free to patients, and some insurers are waiving copays and deductibles for treatment within their networks, the survey suggests such messages may not be getting to the public.