An Associated Press analysis shows that as more states begin to relax their coronavirus lockdowns, most are falling short of the minimum levels of testing suggested by the federal government.

Texas has topped 1,000 new cases for the third day in a row, numbers that coincide with the expiration of the state's “stay at home” order, and shoppers began to return to stores and restaurants.

Meanwhile, in the U.S., farmers, growers and operators of open-air markets are heading into one of their busiest times of year while facing the added challenge of the coronavirus.

The nation's death toll is more than 66,000 with over 1.1 million confirmed infections. 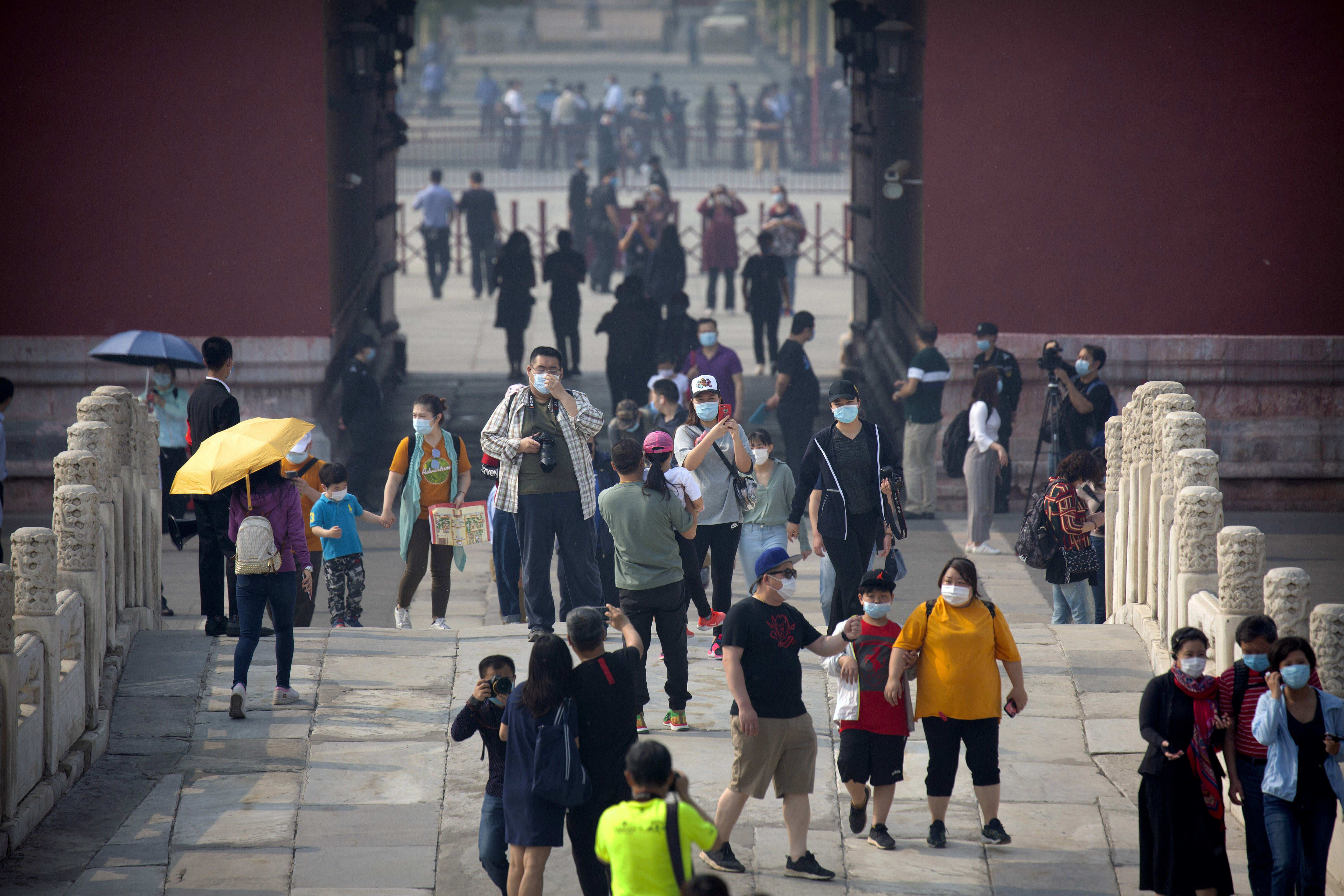 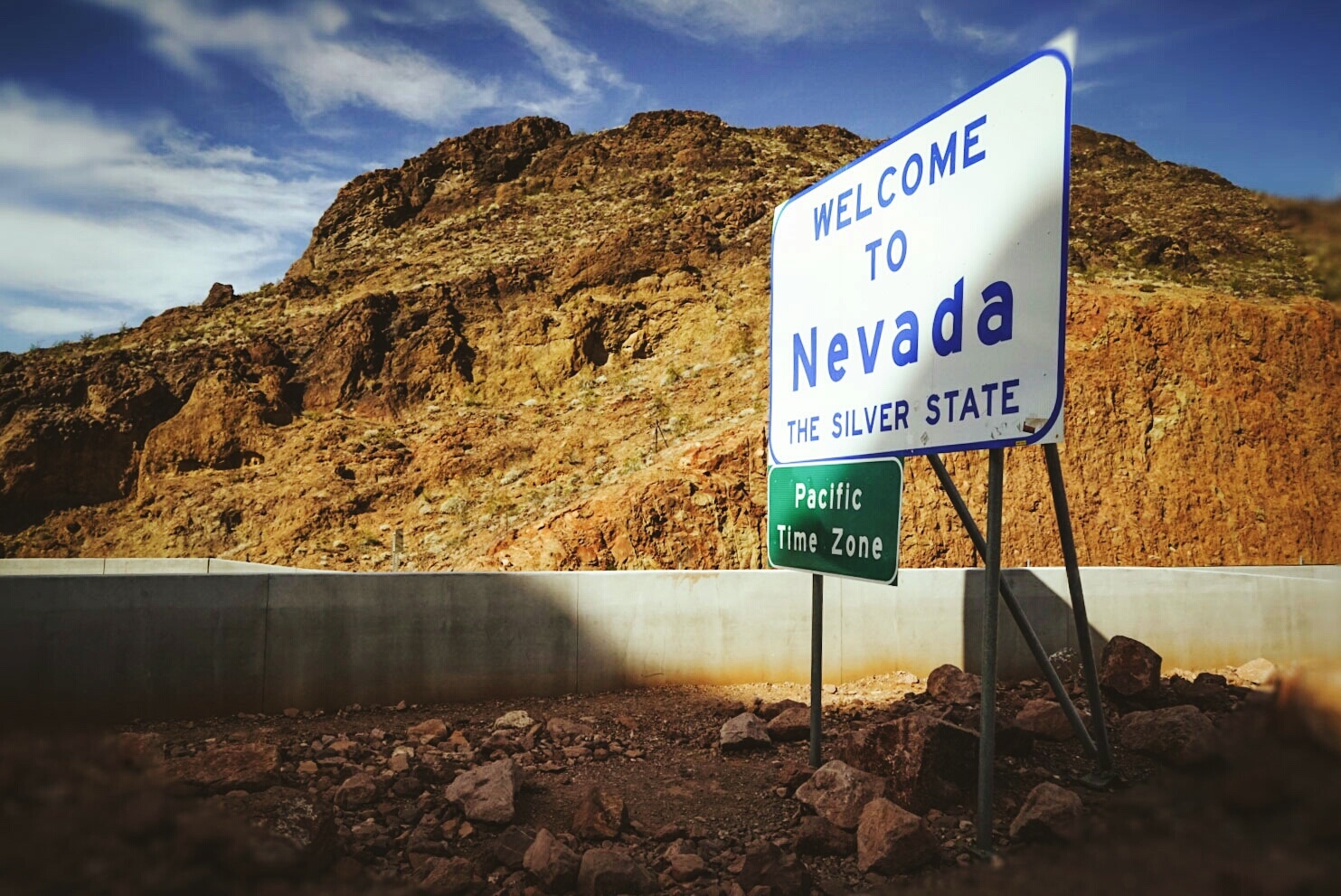 Most of the protesters did not wear face masks, but they waved American flags and Trump campaign signs in the rain. Other signs read “Reopen Oregon” and “Let me earn a living.”

A group of healthcare workers demonstrated at the top of the Capitol steps, urging a phased plan to ease the state’s social distancing requirements. Most of the other protesters ignored them.

Public health officials say stay-at-home orders are essential for slowing the transmission of the novel coronavirus. But protest organizers told The Oregonian/OregonLive that they view the social distancing mandates issued by Gov. Kate Brown as government overreach.

Since mid-March, Brown’s orders have closed many businesses, put some parks and campgrounds off limits, and required public schools to adopt distance learning programs.

Court Weighs in on Applying Mass Gathering Ban to Churches

A federal appeals court on Saturday declined to block the Kentucky governor's temporary ban on massing gatherings from applying to in-person religious services.

The three-judge panel did clear the way for Maryville Baptist Church to hold drive-in worship services while adhering to public health requirements. That's an alternative that Democratic Gov. Andy Beshear has strongly encouraged throughout the coronavirus pandemic.

But the panel stopped short of applying its order to in-person worship services.

The ruling came soon after the church asked the 6th U.S. Circuit Court of Appeals for an emergency order stopping Beshear's mass gathering ban from being enforced against religious services.

“We realize that this falls short of everything the church has asked for and much of what it wants,"' the Cincinnati-based appeals court panel said Saturday. “But that is all we are comfortable doing after the 24 hours the plaintiffs have given us with this case.

It urged a federal district judge to “prioritize resolution" of the church's claims in its lawsuit.

The top Republican and Democrat in Congress say they are respectfully declining an offer of quick COVID-19 tests offered by President Donald Trump’s administration.

Limited testing for lawmakers has become an issue in decisions about when they should return to Washington.

Health and Human Services Secretary Alex Azar had tweeted Friday that three rapid-testing machines and 1,000 tests were being sent for the Senate to use next week.

Trump also tweeted that “tremendous” testing capacity is available for senators returning on Monday, and for the House.

But Speaker Nancy Pelosi and Senate leader Mitch McConnell said Saturday in a statement that they want the equipment to go to front-line facilities instead.

Pelosi decided against having her members join the Senate in returning next week because the Washington area remains a virus hot spot.

Fighter Jets Roar Over Georgia in Tribute to Healthcare Workers

People across metro Atlanta went on roofs and patios, to parks and even cemeteries, or stopped on the side of a usually busy interstate to watch a military flyover Saturday afternoon.

The Air Force Thunderbirds and the Navy Blue Angels flew to honor first responders and medical teams. They passed over downtown and midtown, where major hospitals are located, and were loudly cheered.

People outside at historic Oakland Cemetery generally adhered to social distancing guidelines but few wore masks. Some carried lawn chairs and beverages while others pushed strollers, while many tried to capture the moment with phones or cameras.

Georgia has already allowed businesses like hair and nail salons, restaurants and gyms to open with social distancing restrictions.

FDA Allows Emergency Use of Drug for Coronavirus

U.S. regulators on Friday allowed emergency use of an experimental drug that appears to help some coronavirus patients recover faster.

It is the first drug shown to help fight COVID-19, which has killed more than 230,000 people worldwide.

The Food and Drug Administration acted after preliminary results from a government-sponsored study showed that Gilead Sciences' Remdesivir shortened the time to recovery by 31%, or about four days on average, for hospitalized COVID-19 patients.

The study of 1,063 patients is the largest and most strict test of the drug and included a comparison group that received just usual care so Remdesivir’s effects could be rigorously evaluated.

Colorado EMT Dies From COVID-19 While Volunteering in NYC

New York City's mayor is praising the sacrifice of a Colorado paramedic, promising that his heroism before he died of the coronavirus will be forever honored in the city he came to rescue.

Mayor Bill de Blasio spoke at length about Paul Cary during his daily update Friday about the city's progress against the disease. He said the longtime Aurora, Colorado, resident who most recently lived in Denver clearly saved lives after coming to New York to relieve a beleaguered emergency response system that was fielding more 911 calls than ever before.

The mayor says a memorial by the city to the 66-year-old grandfather will be a way to remember all the health care professionals, military members and others who raced to the city to help.

Alaska Airlines says passengers will soon need to wear face masks on flights, joining Southwest, American, Delta, United, JetBlue and Frontier in taking action against the spread of the coronavirus.

In a statement Friday, the Seattle-based airline said face masks will be mandatory beginning May 11. And employees who can’t maintain six feet of distance between passengers and other employees will also be required to wear masks.

“In light of COVID-19, we’re in a new era of air travel and are continually updating our safety standards to better protect our guests and employees,” said Max Tidwell, Alaska Airlines’ vice president of safety.

Alaska says the face mask requirement is one of many safety measures it has taken during the coronavirus pandemic, including more frequent cleaning on flights of places like tray tables and lavatories and blocking middle seats on large aircraft and aisle seats on small planes through May.

Several states began lifting restrictions put in place to curb the spread of the coronavirus, allowing some businesses to reopen Friday for the first time in a month or more.

After federal stay-at-home restrictions expired at midnight, state officials in Alaska, Iowa, Maine, North Dakota, Oklahoma, Utah, Texas and Wyoming decided not to extend lockdowns locally. The partial reopening of states' economies are being rolled out in phases that vary from state-to-state.

The biggest mall operator in the U.S., Simon Property Group, also planned to open 49 shopping centers across 10 states on May 1, with mask-wearing employees and a limited number of shoppers.

For more information on where states stand on reopening, check out our tracker here.

Gilead CEO: Remdesivir 'Is Not a Cure, But a Very Significant Treatment’

The CEO of Gilead Sciences, the maker of an experimental drug for treatment of the coronavirus, said Thursday the company is working with the FDA for authorization to quickly get the drug to "as many patients as possible" and vowed to make the drug “accessible and affordable.”

Daniel O'Day told the "TODAY" show in an exclusive interview that Gilead made the decision to begin ramping up production of the drug as it moved into the clinical trial phase, before knowing whether it would be safe and effective for patients. O'Day said Gilead's production capacity has already gone from 5,000 treatment courses to 100,000, and believes they'll have millions by the end of the year.

"It's a sophisticated chemical process that takes time," he said, adding that the first 1.5 million doses — the entirety of the company's supply chain — are being donated because the company understood its responsibility to make a difference during the coronavirus pandemic.

While Remdesivir is not a cure, it hastened the recovery of COVID-19 patients, which O'Day notes is "very important in a hospital setting."

"The ability to get patients out of a hospital, home to their loved ones, is very important," O'Day said. "But equally for the health care system that we also known are so overtaxed, it allows those health care systems to get back to treating patients that are in need."

Essential workers will strike nationwide on May Day to demand safer conditions during the coronavirus outbreak, while other groups plan rallies against tight stay-at-home orders they say are crippling the U.S. economy.

Organizers say employees of Amazon, Whole Foods, Target, Fedex and other companies have become the unexpected frontline workers of the pandemic. Employees will walk off the job or call out sick Friday on International Workers' Day in cities across the U.S. to demand unpaid time off work, hazard pay, sick leave, protective gear and cleaning supplies.

In response to planned protests by its workers, Amazon said in a statement that while it "respects people’s right to express themselves" it has gone to "extreme" measures to address the pandemic and spent "more than $800 million on COVID‑19 safety measures at their warehouses."

Meanwhile, protesters will take to the streets in cities nationwide to demand states loosen shelter-in-place rules and “reopen.”

Hundreds of protesters, many armed with guns, attended a rally at the Michigan Capitol building on Thursday, demonstrating against Michigan’s stay at home mandates as lawmakers debate extending the state’s coronavirus emergency declaration.

The new figures come just as the state prepares for a slow reboot of one of the world's largest economies by re-opening retail, restaurants, malls and movies to limited amounts of customers.

The death toll of 119 over the past three days mark the deadliest stretch since the state's first fatality in the pandemic was recorded March 17.

The governor released a statement Thursday, one day before his Open Texas plan goes into effect, regarding new guidance from the Texas Workforce Commission that assures, "Texans can continue to receive unemployment benefits throughout the COVID-19 response if they choose not to return to work for certain reasons as specified by TWC."