Daily deaths, hospitalizations and the percentage of tests that are coming back positive for the virus have also have been rising over the past few weeks in parts of the country

The coronavirus crisis deepened in Arizona on Thursday, and the governor of Texas began to backtrack after making one of the most aggressive pushes in the nation to reopen, as the daily number of confirmed cases across the U.S. closed in on the peak reached during the dark days of late April.

The U.S. saw a record number of new coronavirus cases in a single day, with 45,557 reported Wednesday as opposed to the previous high of 36,400 set in late April, according to a tally by NBC News.

A count kept by Johns Hopkins University recorded 34,500 COVID-19 cases Wednesday. The daily average has climbed by more than 50% over the past two weeks, according to an Associated Press analysis.

While greatly expanded testing probably accounts for some of the increase, experts say other measures indicate the virus is making a comeback. Daily deaths, hospitalizations and the percentage of tests that are coming back positive have also have been rising over the past few weeks in parts of the country, mostly in the South and West.

In Arizona, 23 percent of coronavirus tests conducted over the last seven days have been positive, nearly triple the national average, and a record 415 patients were on ventilators. Mississippi saw its daily count of new cases reach new highs twice this week.

Republican Gov. Greg Abbott of Texas, whose state was among the first to reopen, paused any further steps and reimposed a ban on elective surgeries in some areas to preserve hospital space after the number of patients statewide more than doubled in two weeks. And Nevada’s governor ordered the wearing of face masks in public, Las Vegas casinos included.

“The last thing we want to do as a state is go backwards and close down businesses,” Abbott said.

"Our best estimate right now is that for every case that's reported, there actually are 10 other infections," Redfield said.

Whether the rise in cases translates into an equally dire surge in deaths across the U.S. overall will depend on a number of factors, experts said, most crucially whether government officials make the right decisions. Deaths per day in the U.S. number around 600 after peaking at about 2,200 in mid-April.

“It is possible, if we play our cards badly and make a lot of mistakes, to get back to that level. But if we are smart, there’s no reason to get to 2,200 deaths a day,” said Dr. Ashish Jha, director of Harvard’s Global Health Institute.

But he warned: “We have consistently underestimated this virus.”

In the past few weeks, the nation's daily death toll has actually dropped markedly even as cases climbed, a phenomenon that may reflect the advent of treatments, better efforts to prevent infections at nursing homes, and a rising proportion of cases among younger adults, who are more likely than their elders to survive a bout with COVID-19.

Misssissippi’s Dobbs blamed a failure to wear masks and observe other social-distancing practices, and said many cases involved younger people spreading the virus to older relatives.

“I’m afraid it’s going to take some kind of catastrophe for people to pay attention,” he said. “We are giving away those hard-fought gains for silly stuff.”

The U.S. has greatly ramped up testing in the past few months, and it is now presumably finding many less-serious cases that would have gone undetected earlier in the outbreak, when the availability of testing was limited and sicker people were often given priority.

But there are other more clear-cut warning signs, including a rising number of deaths per day in states such as Arizona and Alabama. Some states, including North and South Carolina, also broke hospitalization records.

As cases grow, some states are imposing new restrictions only weeks after lifting shutdowns.

“For Nevada to stay safe and stay open, we must make face coverings a routine part of our daily life,” Nevada Gov. Steve Sisolak said.

Some businesses are also backing off reopening. Disney delayed its mid-July reopening of Disneyland until California gives further guidance.

As politicians try to strike a balance between public health and the economy, the government reported that the number of Americans applying for unemployment benefits last week declined slightly to 1.48 million, indicating layoffs are slowing but are still painfully high.

The virus has been blamed for over 122,000 U.S. deaths — the world's highest toll — and more than 2.3 million confirmed infections nationwide.

European nations appear on track to reopen their shared borders by July 1, and the European Union is considering barring American visitors, given the flare-up in the U.S. and President Donald Trump’s ban on Europeans entering the United States.

In Paris, the Eiffel Tower reopened to visitors for the first time after its longest-ever peacetime closure: 104 days.

With hospitals overwhelmed in New Delhi, Indian troops provided care at medical wards fashioned from railroad cars. And door-to-door testing is starting in Melbourne, Australia, to control a hot spot there.

In China, where the virus first appeared late last year, an outbreak in Beijing appeared to have been brought under control. China reported 19 new cases nationwide amid mass testing in the capital.

Worldwide, over 9.4 million people have been confirmed infected, and nearly a half-million have died, by Johns Hopkins’ count.

Johnson reported from Washington state. Associated Press journalists around the world contributed to this report. 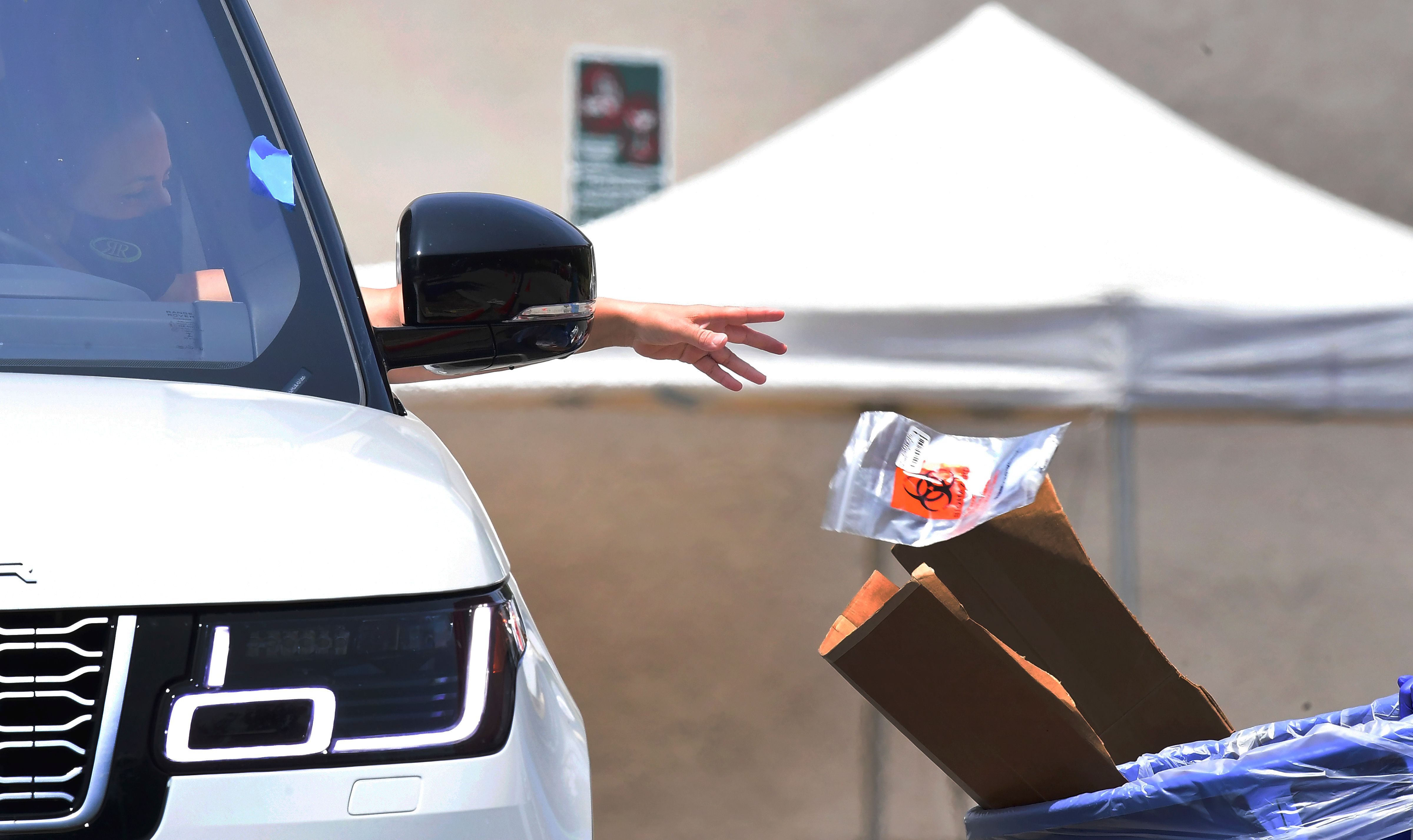 A bar in Jacksonville, Florida, was forced to close its doors due to 16 reported coronavirus cases. NY Medical College Professor of Medicine’s Dr. Bob Lahita weighs in on the importance of social distancing for people of all ages, including young adults.

This chart shows the cumulative number of cases per state by number of days since the 10th case.

Dr. Anthony Fauci, director of NIAID and member of the White House coronavirus task force, testified to Congress on Tuesday that a coronavirus vaccine could be available as early as the beginning of 2021.
Edafe Okporo, director of the RDJ Refugee Shelter, speaks out on how the Covid-19 pandemic has impacted an already troubling global crisis among refugees.
AP, NBC News