San Francisco's annual 4/20 bacchanal kicked off Wednesday morning at Golden Gate Park for the first time in two years and organizers are expecting a large and enthusiastic crowd.

Gates opened at 10 a.m. to welcome revilers to the park's Hippie Hill and Robin Williams Meadow areas and for the first time people are able to purchase smokey treats and edibles directly from venders on site.

The cannabis products are "legal and tested," according to San Francisco Parks and Recreation spokesperson Daniel Montes.

"The sales will help support the local cannabis industry. Because of the sales, however, this year no one under 21 years old will be permitted inside," Montes said.

Roughly 20,000 people were expected to attend and to ensure everyone's safety, festival security measures include two layers of fencing around the event area, 40 park rangers, 90 private security guards, San Francisco fire and EMS personnel, a first aid tent and an increased SFPD presence of both uniformed and plainclothes officers in surrounding neighborhoods.

"Man, we're having a ball right now," said an attendee at the event. "It's a blast, everybody's smoking a lot of weed and joints, and bongs, and edibles, and I see a lot of vendors over there. Man, it's exciting."

The event was free and people were required to show their IDs to get in and no outside cannabis or alcohol is allowed, according to police officials.

"After two-long years full of restrictions, the city is really happy to welcome back this event, which wouldn't have been possible without coordination from several city departments as well as local event production company Sounds Bazaar," Montes said.

Christine Raher packed her own snacks to the event and explained her excitement to NBC Bay Area.

"I've been enjoying cannabis for a very very very long time, and am glad it's out there legally in so many states," she said.

Streets in the area could be closed and traffic redirected to facilitate crowd movement, according to SFPD officials. 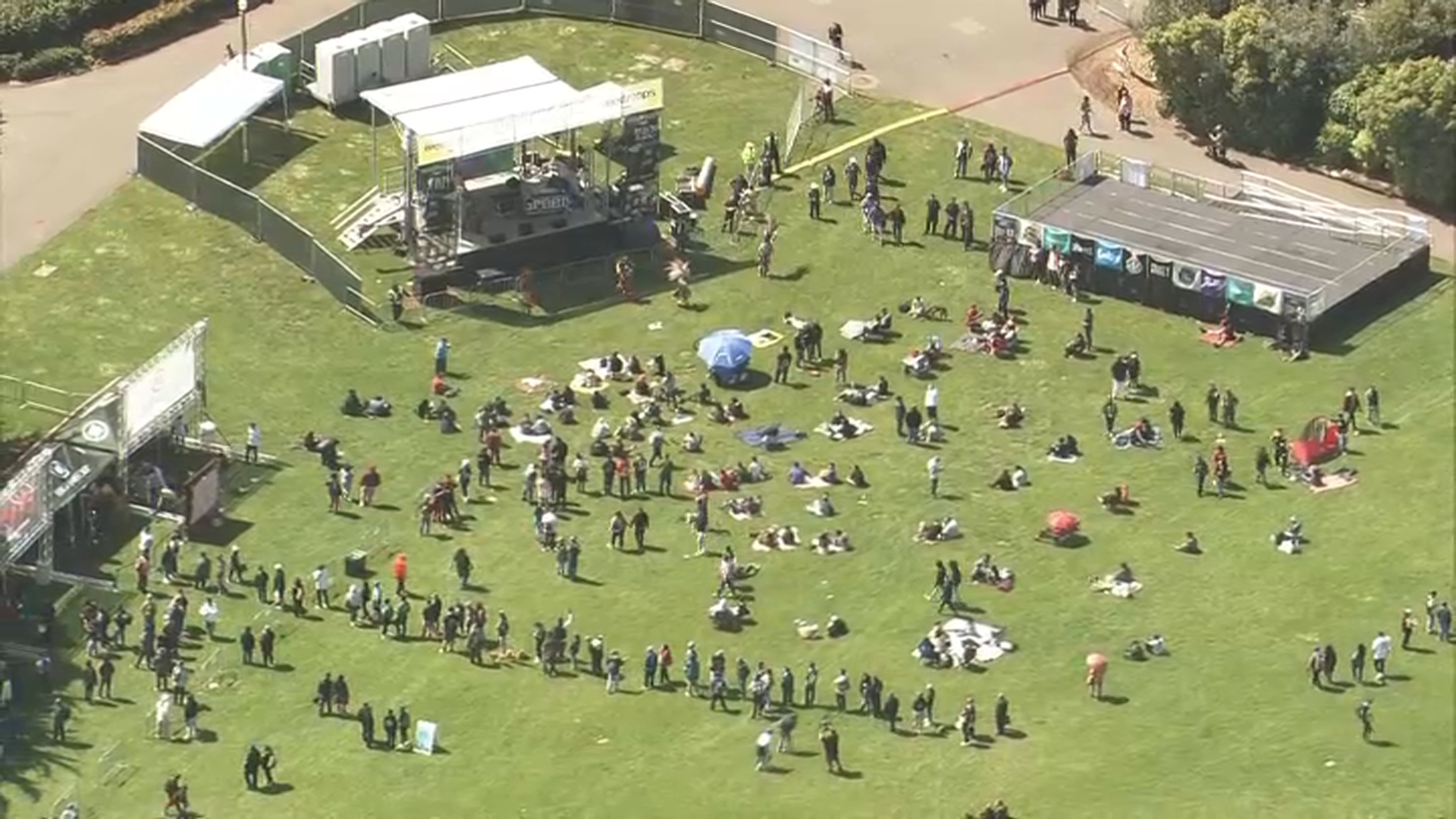 Also, the department's Park Station will monitor a hotline to field reports of "quality of life violation" related to the event.

Street closures and other traffic and transportation information can be found at sfmta.com/420.