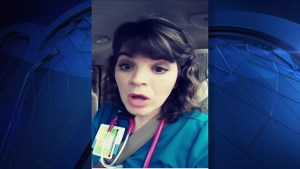 [SPONSORED SV Intro] While wages have faced a steady increase, the median rental rate in Silicon Valley has increased by more than 45 percent in the past five years. Even if you finally land your dream job—somewhere you can grow professionally and personally, and also enjoy a great salary—there’s still a good chance you won’t be able to afford your mortgage. So we’ve got you covered on some of the reasons why the Silicon Valley housing market is so tough to navigate, and how the crisis has manifested itself. The housing crisis poses many challenges for families from the Silicon Valley area. Luckily, there are resources to help you vocalize your concerns and build community, thanks to the Silicon Valley Community Foundation. On November 15, join or host an On The Table conversation to get to know neighbors and colleagues, make new connections and inspire action. On The Table offers discussions from 8-noon, noon-5, and 5-9.

With home price increases from the past year nearing 18 percent in Santa Clara County alone, the Bay Area is struggling to provide adequate housing for many residents. Region-wide, median prices have increased 10.2 percent. Real estate agents attribute the enormous jump to a low inventory of affordable homes. While home sales in California have grown about 1 percent in the past year, the few homes available—nowhere more so than in the Bay Area—create fierce competition, raising their costs. It’s the simplest function of supply and demand: as residents purchase affordable homes, similar homes are listed at a significant markup. Arguably the most concerning part of the housing crisis is that these market fluctuations most directly and significantly affect low-income families, putting them at a further disadvantage in their own neighborhoods.

2. Disparity between wages and rent

Although the median wage in Silicon Valley increased by 14 percent between 2011 and 2016, median rental rates have increased by more than triple that amount—at 45 percent. While job growth has increased steadily, sharp increases in housing costs render many residents unable to afford homes in the area. When there are far more jobs than housing, this drives up the already high cost of living, pushing those who cannot afford homes into outlying areas many miles from their jobs, forcing them to commute. Last year, less than half ( 40 percent) of first-time homebuyers in Santa Clara County and just 29 percent in San Mateo County could afford to purchase the median priced home. In San Mateo and Santa Clara counties, nearly half of all renters are housing cost burdened, and nearly 40 percent in San Francisco are in that category.

3. The median home price is at 5 times the national average

Second only after New York City, San Francisco is one of most densely populated cities in the United States, yet it struggles with providing adequate and affordable housing for its residents. Surprisingly, many of San Francisco’s unique charms play a role in its unaffordability. When buildings over 40 feet tall are illegal, every square inch of space becomes immeasurably valuable. What’s more, older neighborhoods often reject new housing developments to maintain the historic character of the city, further preventing the accommodation of a growing population. But the housing shortage isn’t just due to neighborhood choice; government barriers also restrict new development projects. Due to a population boom with roots in the 1950s, housing in the Bay Area is not only unaffordable—it barely exists. Many of those who can afford their home can only do so because it is covered by rent control. It’s the only way they can afford to live and work in San Francisco.

4. Hiring has slowed because people can’t afford to move here

Moreover, the housing crisis is making it more challenging for businesses to recruit and retain talent. When potential employees can’t afford to live near their work, they may reject a job offer on those grounds, rather than risking a long commute with guaranteed unending traffic. While rejecting a job offer may appear to be an opportunity for more new hires in Silicon Valley, it actually shrinks the job pool. NBC Bay Area’s Scott McGrew reports: “The Bay Area lost jobs for the second straight month… The unemployment rate in the Bay Area is between 2 percent and 3 percent depending on the county you are talking about. That is so low, they call it full employment. That means some jobs are going to vanish because there is nobody available to fill them.”

Several factors contribute to the negative effects of high housing costs on children. When families have to move frequently or live in an area that is insufficient to fostering a healthy or ideal learning environment, children’s academic performance may be affected. When low- and middle-income residents are forced to pay a higher percentage of income on housing costs, it can have a profound impact on the quality of their lives, especially when families choose to decrease their health care and insurance spending in an effort to contribute more to housing costs. Affordable housing is key to the health and wellbeing of residents everywhere, and especially in Silicon Valley.