Heartbroken to hear that the Oakland Zoo could shut down permanently, a 6-year-old girl from the East Bay is doing everything she can to keep that from happening.

Andy Soulard and her family have launched a fundraising campaign to support the zoo, which has been hit hard financially during the coronavirus pandemic. As of Thursday afternoon, more than $65,000 had been raised.

The fundraising effort kicked off last week when Kelly Soulard, Andy's mom, broke the news about the zoo potentially closing to her daughter.

"She was really disappointed to hear that," Kelly said. "She was like, ‘Is there anything that I can do to help with the zoo.’ I said, 'Well, we can start a fundraiser.' She's like, 'That's a great idea.'"

The first donation — $5 in total — came from Andy, via the Tooth Fairy. Since then, more than 1,300 people have pitched in from all over, including people from places like Virginia, Pennsylvania and New York, Kelly said.

“We’ve been having donations come in constantly," Kelly said. "It feels like every few seconds there’s somebody else donating.”

People who donate $25 or more can request to be sent a bracelet fashioned by Andy herself. She's made about 100 so far, Kelly said. A neighbor is helping in the growing bracelet-making effort and some of Andy's classmates have even offered their services.

"It's really inspiring to see how much good can come when we all come together for a good cause," Kelly said. "Andy was the catalyst for this particular fundraiser, but really it's the community that's really come together." 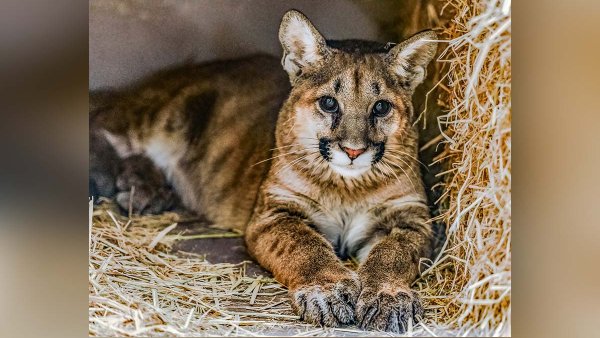 Oakland Zoo May Soon Run Out of Funds to Operate: CEO

People amazed by Andy's mission continue to leave messages of appreciation and inspiration on the Facebook fundraising page.

“Oakland Zoo rocks and so does Superhero Andy,” one person wrote.

“You’re amazing, Andy!!” another person wrote. “Thanks for looking out for the animals!”

Her efforts have even received attention from Oakland Zoo President Dr. Joel Parrott.

"You've got an invitation for a special tour anytime you want," Parrott told Andy over the phone Thursday.

The Oakland Zoo, closed since March, may have to close for good if its not allowed to reopen soon, zoo officials said. Cierra Johnson reports.

The coronavirus pandemic forced the zoo to shut down in March. Since then, the zoo has had to dip into its reserves and rely on donations to keep the facilities running and the animals fed.

"Our monthly expenses are about $1 million per month," Parrott said.

While other zoos in the state have been allowed to reopen, the Oakland Zoo is still waiting for the green light from Alameda County.

"We will run out of our reserves," Parrott said.

In the meantime, Andy remains committed to helping in any way she can. It's what she's been doing throughout her brief but busy life.

“Honestly, she was born this way," Kelly said. "She was born a really, really special kid. For her birthdays the last few years, instead of asking for gifts, she’s asked people to bring donations."