African-American Committee Seeks to Bring NFL Back to Oakland

The city of Oakland no longer has an NFL team. The Raiders officially belong to Las Vegas, with coaches and front office staff reporting to work at their brand-new training complex in Henderson, Nev. for the first time on Monday morning.

They'll conduct training camp there, and play from now on at Allegiant Stadium, currently under construction just off the Las Vegas Strip.

This isn't the first time Oakland has lost their professional football team. The Raiders moved to Los Angeles starting with the 1982 season but came back in 1994 after renovations made to Oakland Coliseum.

There's a group looking to put Oakland back on the NFL map, and they want to do it fast. The African American Sports and Entertainment Committee sent a letter of intent to the NFL that it will formally file an application to acquire an expansion team in the East Bay. 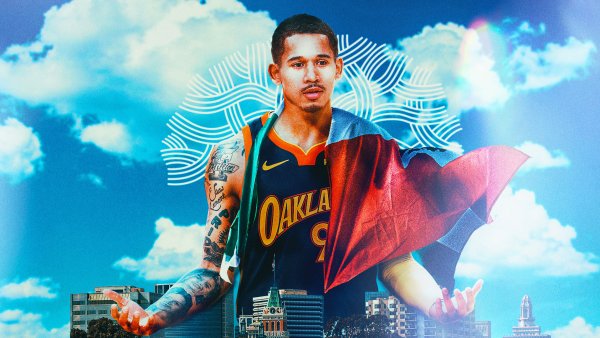 The group would be the first African American ownership group in the NFL. According to SFGate.com, the letter of intent states that it would construct a privately financed stadium complex on the Oakland Coliseum site.

"It would just be such a historic opportunity, the NFL wanting to support the African-American community and an opportunity for economic equity," committee member Ray Bobbitt said in an interview with SFGate.com. "…this is an opportunity for an entire community to establish an economic vehicle for itself and be self-sustaining."

The group would also like to build an entertainment complex around the venue itself on the Coliseum site.

While the intent is there, that doesn't guarantee the NFL will give this group a team even if their financing is vetted positively.

The NFL rarely expands. In fact, hasn't added a team since the Houston Texans came into existence before the 2002 season. The city lost the Oilers to Tennessee – they became the Titans after moving to Nashville – a few years before despite being a strong NFL market. The league gave the Browns back to Cleveland in 1999. The Carolina Panthers and Jacksonville Jaguars came into the league together in 1995.

Expansion fees are astronomical. The Texans ownership group paid $700 million back in 2002, so a fee could be upwards of $1 billion if the NFL chooses to expand again. There will surely be competition to join an exclusive and lucrative group, where franchise values continue to soar and make their owners super rich.

The league generally expands in new markets, though Houston and Cleveland were given teams after losing them. Los Angeles got the Rams and Chargers back after they moved back to the U.S's second-largest city.

Oakland got its team back after the city pledge to finance a Coliseum expansion and lost the Raiders to Las Vegas after refusing to assist with the construction of a new venue in the East Bay.

The group wants to build on the Coliseum site, which is in a state of flux. According to the San Francisco Chronicle, Oakland is considering a sale of that land to the A's major-league baseball team.