Smoke from wildfires will keep Bay Area skies hazy through Sunday, especially in northern and inland areas, but the Bay Area Air Quality Management District does not expect air here to become unhealthy this weekend.

Places above 1,500 feet in elevation, as well as parts of Napa, Sonoma and Solano counties and inland areas such as Concord and Livermore are most likely to be affected, the district said in a statement at midday Saturday.

The Dixie and River fires, now united in a single complex in Butte and Plumas counties that has grown into the third-largest wildfire ever in California, was 21% contained at nearly 500,000 acres on Saturday, according to CalFire.

Smoke will linger across parts of the Bay Area to wrap up the weekend. Meteorologist Rob Mayeda covers that and more in your Microclimate Forecast.

Most smoke making its way to the Bay Area is from that complex northeast of Chico and from the Monument and McFarland fires west of Redding, according to the air quality district.

The Monument Fire in Trinity County was 0% contained at more than 42,000 acres Saturday morning, and the McFarland Fire in Shasta County was 21% contained at 29,000 acres, according to the U.S. Forest Service.

Wildfire smoke can irritate the eyes and cause coughing, a scratchy through and sinus irritation, while particulate matter in the air can trigger wheezing, said the Bay Area Air Quality Management District, which monitors and protects air quality in the nine-county region.

If any Bay Area residents smell smoke outdoors, the district advised limiting exposure to it by staying indoors with windows and doors closed if possible. It also recommended setting home and vehicle air conditioning systems to re-circulate air rather than allowing air from outside to come inside. People who suffer from asthma, emphysema or pulmonary disorders and respiratory illnesses, as well as children and seniors, should take extra precautions, the air quality district said in its statement. 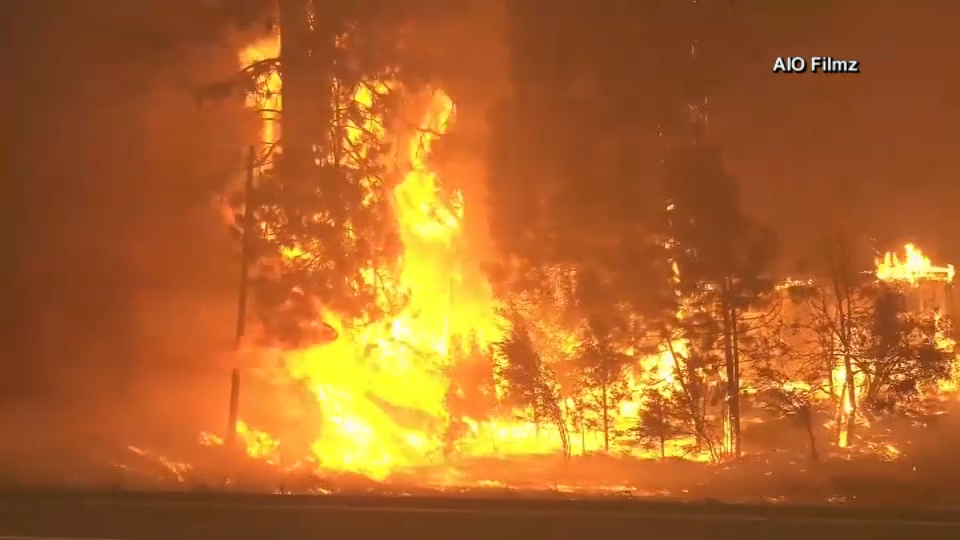