The victims' jobs included bus and light rail operators, mechanics, linemen and assistant superintendent. One had worked for the transit authority since 1999

Authorities released the names of the nine people who were killed when a gunman opened fire at a San Jose Valley Transportation Authority rail yard Wednesday.

The ninth victim, Fritch, died late Wednesday after he was transported to the hospital in critical condition, the medical examiner's office said.

The victims' jobs included bus and light rail operators, mechanics, linemen and assistant superintendent. One had worked for the transit authority since 1999. 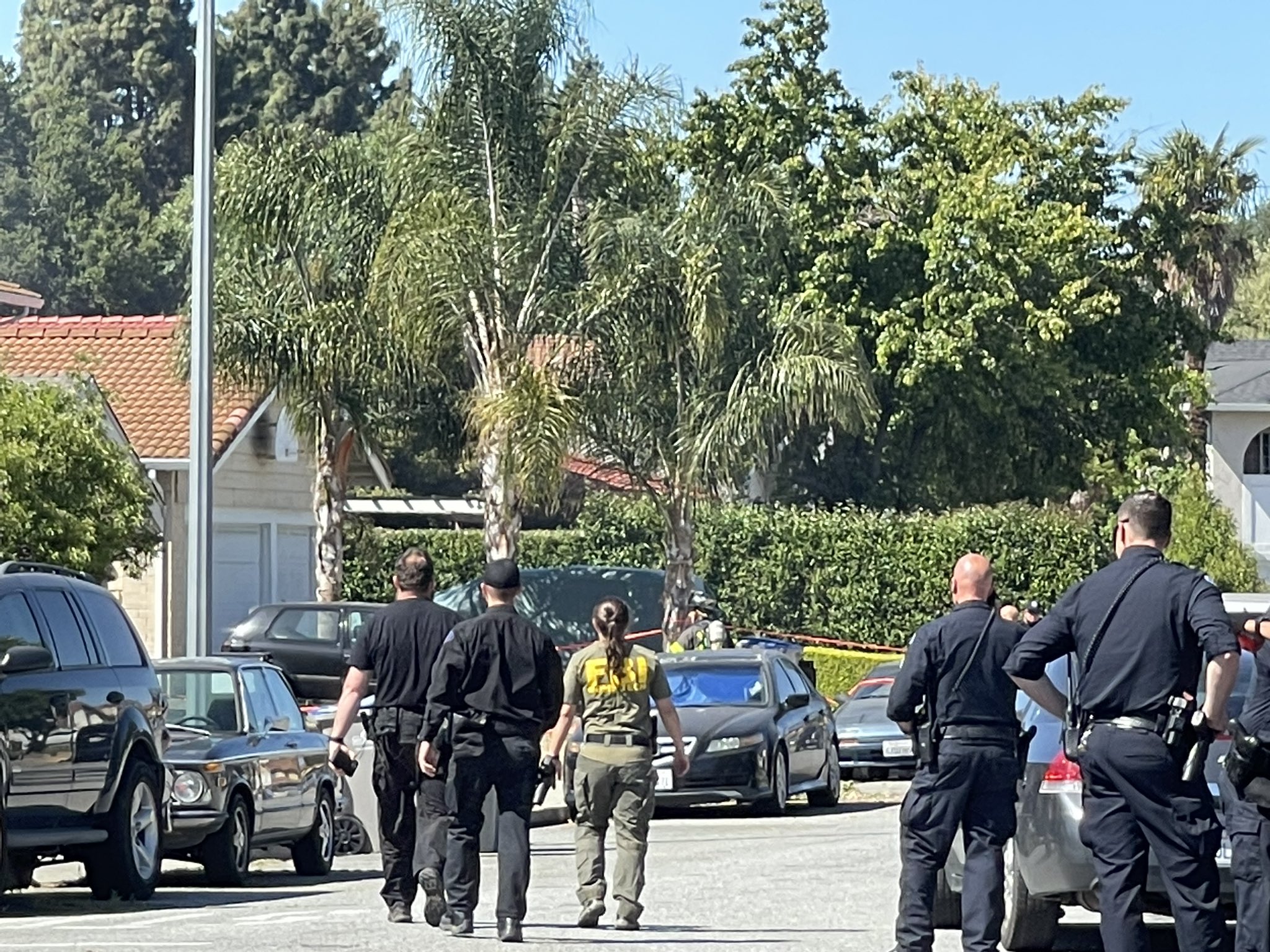 Singh had been a light rail train driver for eight or nine years and had a wife, two small children and many family members, his cousin Bagga Singh said.

“We heard that he chose the people to shoot, but I don’t know why they choose him because he has nothing to do with him," he said.

He says he was told that the gunman targeted certain people and let others go.

“There are no words to describe the heartache we are feeling right now, especially for his family,” he wrote on Facebook. “Eight families are feeling this same sense of loss tonight and our entire community is mourning as well.”

Raj Mathai speaks with San Jose Mayor Sam Liccardo on the deadly mass shooting at a VTA rail yard and how city leaders are feeling the pain very personally as well.

The shooting took place around 6:30 a.m. in two buildings at a light rail facility for the Valley Transportation Authority, which provides bus, light rail and other transit services throughout Santa Clara County, the most populated county in the San Francisco Bay Area.

“When our deputies went through the door, initially he was still firing rounds. When our deputy saw him, he took his life,” Santa Clara County Sheriff Laurie Smith told reporters. Deputies “were going through hallways saying, ‘Sheriff’s office!’ He knew at that time that his time for firing shots was over.”

The attacker was identified as 57-year-old Sam Cassidy, according to two law enforcement officials. Investigators offered no immediate word on a possible motive.

The sheriff's office confirmed Thursday that the suspected shooter was found in possession of three semiautomatic handguns and 11 magazines, which held 12 rounds each, making them illegal in the state. California mandates 10-round limits on magazines.

The suspect's ex-wife, Cecilia Nelms, told The Associated Press that he had a bad temper and would tell her that he wanted to kill people at work, “but I never believed him, and it never happened. Until now.”

Nelms, teary-eyed and shaken by the news, said her ex-husband would come home wound up and angry about things that happened at work. As he talked about it, “he would get more mad,” she said. “He could dwell on things.”

When he lost his temper, Nelms said there were times she was scared. He was someone who could physically hurt others, she said.

Nelms said they were married for 10 years — the suspect filed for divorce in 2005 — and had not been in contact for 13 years. She said he had been treated for depression.

Members of a union representing Valley Transportation Authority workers were meeting when the shooting began, San Jose Mayor Sam Liccardo said, but it’s not clear the meeting was related to the attack.

“I was running so fast. I just ran for my life,” she said. “I would hope everyone would just pray for the VTA family. Just pray for us.”

Other friends and family members awaited news after being unable to reach their loved ones through calls or text messages. Some had tracked the missing person’s cellphone to the rail yard but had no information from authorities.

Sheriff’s spokesman Deputy Russell Davis said he did not know the type of weapon used in the attack.

As bomb squads searched the rail complex, officials were also investigating a house fire that broke out shortly before the shooting, Davis said. Public records show the suspected gunman owned the two-story home where firefighters responded after being notified by a passer-by. Law enforcement officers cordoned off the area near the home and went in and out Wednesday.

Doug Suh, who lives across the street, told NBC Bay Area that the suspect seemed “strange."

Neighborhood surveillance video shows the gunman responsible for the VTA yard shooting, leaving his home hours before the event. Neighbors describe him as quiet, "mean" and say he never talked to anyone. Damian Trujillo reports.

"I saw him and talked to him five times to say 'hi' but he never talked to me," he said. "He's just look at me without saying anything. He looked like a scared person."

The suspect had worked for VTA since at least 2012, according to the public payroll and pension database Transparent California, first as a mechanic from 2012 to 2014, then as someone who maintained substations.

Gov. Gavin Newsom, speaking emotionally in front of a county office where flags flew at half-staff, said victims' relatives were "waiting to hear from the coroner, waiting to hear from any of us, just desperate to find out if their brother, their son, their dad, their mom is still alive.”

“It begs the damn question, ‘What the hell is going on in the United States of America?’”

Gov. Gavin Newsom joined Santa Clara County Sheriff's Department officials and San Jose city officials as well as FBI and other agencies to address the shooting at a VTA yard.

The bloodshed comes amid a rise in mass killings after the pandemic had closed many public places and kept people confined to their homes last year.

A database compiled by The Associated Press, USA Today and Northeastern University that tracks every mass killing over the last 15 years shows that the San Jose attack is the 15th mass killing so far in 2021, all of them shootings.

Eighty-six people have died in the shootings, compared with 106 for all of 2020. The database defines mass killings as four or more people dead, not including the shooter, meaning the overall toll of gun violence is much higher when adding in smaller incidents.

At the White House, President Joe Biden ordered flags to be flown at half-staff and urged Congress to act on legislation to curb gun violence.

“Every life that is taken by a bullet pierces the soul of our nation. We can, and we must, do more,” Biden said in a statement.

San Jose, the 10th-largest city in the U.S. with more than a million people, is about 50 miles south of San Francisco in the heart of Silicon Valley.

Trains were already out on morning runs when the shooting occurred. Light rail service was suspended and replaced with bus bridges.

Wednesday's attack was Santa Clara County's second mass shooting in less than two years. A gunman killed three people and then himself at a popular garlic festival in Gilroy in July 2019.

The Gilroy attack was on Liccardo's mind Wednesday as text messages flooded in, reporting the shooting and fire.

“Not again," he thought as he jumped in his car and raced to City Hall. Transit authority workers told him they knew the suspect.

“You try to understand what would possess someone to do that much harm," Liccardo said by phone. “It’s unfathomable.”

The Red Cross Center at 2731 N. First St. in San Jose was serving as a reunification center for VTA employees and families who may be looking for each other, sheriff's officials said. It was moved from the county building at 70 W. Hedding St.

Liccardo said San Jose elected officials and community members will hold a vigil for the shooting victims at 6 p.m. Thursday in front of City Hall.

According to VTA officials, they are trying to get organized as quickly as possible to ensure bus bridges run along the light rail routes. The transit agency is also asking commuters to plan their trips via regular buses, if they can

Commuters with any questions are urge to contact VTA's customer service line at 408-321-2300 to get personalized bus route planning.

According to VTA, the bus bridges will start running as early as when the first light rail route usually begins at 5a.m.

VTA officials are also asking riders to be patient and is working out logistics to get the extra buses available for the bridges.