Deputies responded at about 10:20 p.m. to the area of Richmond Avenue and Scott Street just north of Interstate Highway 280 on reports of several gunshots heard, then a subsequent call that someone had been shot.

The deputies found several spent bullet casings in the intersection and found surveillance video from a nearby residence that showed a black four-door sedan driving south on Richmond Avenue before a male suspect got out and confronted a male victim, sheriff's officials said.

In the video, the suspect is seen chasing the victim out of the view of the camera, but both people then return into view and the suspect begins shooting at the victim. The suspect then ran away and the victim ran across the street into a backyard, according to the sheriff's office. 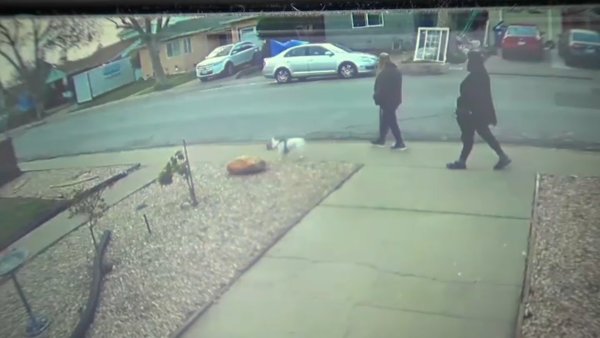 As of Tuesday morning, the victim has not been located and authorities have not made any arrest in the case.