The state agency that oversees workplace safety cited BART on Thursday for willful serious safety violations that resulted in two workers being killed by a fast-moving train in Walnut Creek last October during the height of a contentious BART strike.

The citations carry proposed penalties totaling $210,000, the largest penalties California's Occupational Safety and Health Administration has ever levied against a transportation agency.

Cal/OSHA issued the citations for three "willful serious" violations, which have since been "abated," or fixed.

In response, BART's General Manager Grace Crunican issued this statement: “The BART family has spent the past six months mourning the loss of Christopher D. Sheppard and Laurence E. Daniels while making permanent changes to our safety procedures.  Passenger and employee safety is our top priority at BART.  BART has fundamentally upgraded its safety procedures with the implementation of an enhanced wayside safety program and a proposed budget investment of over $5 million in additional resources to bolster BART’s safety performance. " 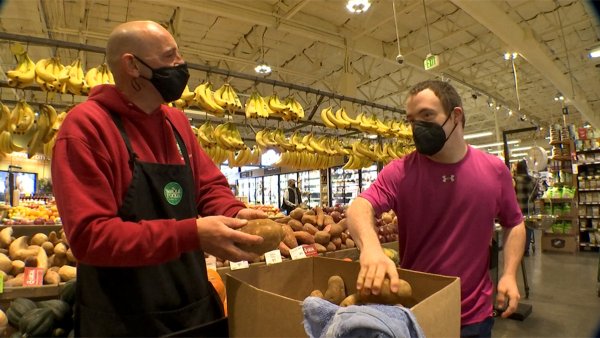 BART did not immediately address the question whether the agency would appeal the fines.

But Crunican did emphasize that BART invested $5.3 million in additional maintenance, engineering, transportation and safety departments. She said BART also implemented rail safety regulations by the California Public Utilities Commission that were designed for trail transit agencies across the state and will add extra trackside protections for workers, including have a "mandatory watch person" when maintenance vehicles are on the tracks. Changes will go into effect next month.

The OSHA citations outline the backdrop of what happened on Oct. 19 - during a heated BART strike over salaries - and seems to come to a different conclusion  than the National Transportation Safety Board ruling over "simple approval." Simple approval means that workers communicate their position over the radio, but then are largely on their own on the tracks - with one doing the work and the other being on the lookout.

At the time, NTSB Investigator Jim Southworth told reporters the "responsibility of their safety is on themselves."

However, the day after the two workers were killed last fall, BART suspended the “simple approval” process for track maintenance. Shortly after the deaths, the unions and BART management reached a deal, ending the strike.

At the time, the trains in Concord were being operated on a non-passenger basis. BART train 963, a four-car train operating in automatic mode traveling at more than 65 miles per hour with an inexperienced operator-in-training at the controls, was heading toward Pleasant Hill station around 1:45 p.m.

The high-ranking manager designated as the trainer was seated in the passenger area with three BART managers and another trainee instead of maintaining a position next to the trainee in the control cab, according to the OSHA report.

Although he could see the trainee at the controls from behind the open control cab door, the trainer was not located in a position to closely view the trainee’s actions and observe the track, OSHA investigators found.

The trainee saw the workers and was attempting to sound the horn and stop the train when the workers were struck.

Cal-OSHA noted that the  "simple approval" process didn't really work: On two previous occasions, in 2001 and 2008, employees were killed while operating under “simple approval” authorization. Cal/OSHA issued citations after investigations of both incidents.

Cal-OSHA issues citations for serious workplace safety violations when there is a realistic possibility that death or serious physical harm could result from the actual hazard created by the violation. The violation is classified as willful when an employer is aware that a hazardous condition exists and no reasonable effort is made to eliminate the hazard.

“Employers in California must comply with safety standards to protect their employees, and diligence is vital in hazardous working conditions,”  Christine Baker, director of the Department of Industrial Relations said in a statement.

BART is also awaiting a final NTSB report into the fatal accident.