U.S. Senators Dianne Feinstein and Kamala Harris delivered a scathing letter to the Federal Communications Commission Tuesday evening, criticizing the agency for its failure to develop an effective cell phone emergency alert system. This comes after Sonoma County emergency officials told the NBC Bay Area Investigative Unit that that the current wireless emergency alert system is unsuitable for evacuations because it cannot be geo-targeted to specific areas and can only be sent out to all of the county’s 500,000 residents.

WARNING RESIDENTS
The devastating fires throughout the North Bay exposed a growing problem for emergency planners across the state. As communication technology improves, their ability to alert millions of residents following an impending disaster becomes more of a challenge. 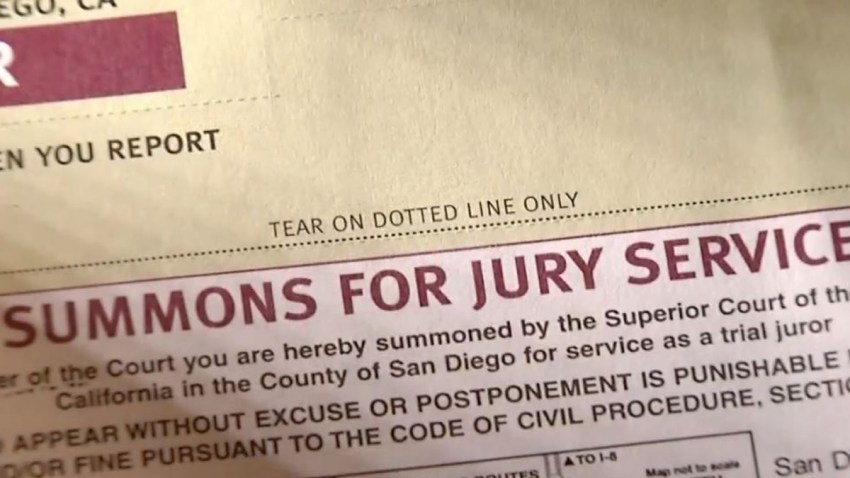 Bill Would Add Taxpayers to List for Juries in California

In Sonoma County, there were two groups of evacuees – those who received an evacuation alert, and those who did not.

“I came out and it was a wall of fire,” Santa Rosa native Brett Gripe told NBC Bay Area. The longtime resident escaped his Mark West Estates home of 30 years after his friends fled their burning home on Wikiup Bridge and woke him up in the middle of the night.

“They pounded on neighbors’ doors and woke others up several neighbors. They saved our lives,” Gripe said.

Gripe says he never received a call from the county to evacuate.

“Nothing was on my cell phone or home phone. I’m an old timer I have two landlines.”

WIRELESS EMERGENCY ALERTS
Gripe is one of several residents the Investigative Unit spoke to who never received an evacuation alert. Thursday, Sonoma county emergency manager Christopher Helgren told NBC Bay Area that his staff decided not to activate the county’s Wireless Emergency Alert (WEA) system because he feared the alert would reach too many people, causing widespread panic and traffic jams.

“It was an evacuation situation and we wanted to specifically target the residents that were in immediate danger,” Helgren said. “In situations requiring evacuation, until that system has greater granularity so I can target areas that are affected; I can’t use that system for evacuations.

WEA allows county officials to send an alert to all cell phones within a few miles of targeted cell phone towers. Since 2013, the California Highway Patrol has used the system to send out Amber Alerts. FEMA approved Sonoma County’s application to use the system in July of 2016, but the county has never used it.

Instead, Helgren said the county chose to evacuate residents using SoCo Alert, which allows the county to target specific neighborhoods. However residents have to sign up for SoCo alert. Prior to the fire, roughly 15,000 of Sonoma County’s 500,000 residents were registered, roughly 3 percent.

“We can't notify you if we can't reach you,” Norris told NBC Bay Area. “When reaching people is going to save lives, we're going to use every tool we can.”

In the event of a wildfire, Norris said he plans to evacuate residents by sending a carefully crafted WEA message with instructions and directions.

“The better we make the message… the more likely we are to save lives,” Norris said.

While WEA can be an effective tool to send out a mass alert, very few jurisdictions have the authority under FEMA regulations to use the system. Instead, counties rely on local alert systems that residents must sign up for.

As for Brett Gripe, the 22-year Novato PD veteran is unsure where he will spend his retirement after building a life in Santa Rosa.

“I don’t know what happens to a town when so many neighborhoods are devastated,” Gripe said.

In addition to local alert systems, county leaders can also reach residents through reverse 911 calls to landlines. But even those systems still will not reach everyone with a landline if residents don’t sign up to receive an alert.