A proposal to use $2 million of taxpayer funds to rebuild a private clubhouse has sparked debate in one unincorporated town outside of San Anselmo.

A proposal to rebuild a 60-year-old community building has sparked a passionate debate in one Bay Area neighborhood. Some are saying it’s an inappropriate use of taxpayer money for a project with little public purpose.

The Sleepy Hollow Fire Protection District is a special district in an unincorporated area of Marin County. The District is funded with residential property taxes and has built up $3.8 million in reserve funds. Now they want to use $2 million of that to rebuild an old clubhouse. The total cost of the project is estimated at $2.5 million.

However, the clubhouse requires a paid membership to a Homes Association for full access to its pool and recreational facilities. The three elected board members who run the District are members of the association, but not all residents of Sleepy Hollow are. 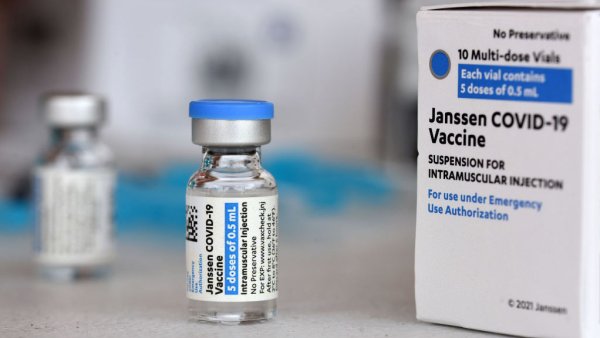 “I just don’t think that’s a proper use of taxpayer funds,” John Parente, who lives across the street from the clubhouse, told NBC Bay Area. “It’s taxpayer funds and it should be used for taxpayer purposes, not for building somebody’s dream clubhouse.”

Parente and his wife Janis are not members of the Homes Association, but their property tax dollars would still be used to fund the new building.

“I just think that the money could be better spent on disaster preparedness and for fire suppression as opposed to building a clubhouse across the street,” Parente said.

The Fire Protection District collects 17 percent of the roughly 2500 residents’ base property tax to pay for fire and emergency services.

“I think it’s only fair, anybody who pays taxes to remodel the clubhouse should get to use the clubhouse. I mean it’s absurd,” Janis Parente agreed.

The Fire Protection District argues the new building would be available for all taxpayers, but only for emergency purposes.

“This facility would be available for any public safety purposes for anyone who wants to come to it, for free,” Rich Shortall, Treasurer and spokesman of the Sleepy Hollow Fire Protection District board, told the Investigative Unit.

However, Shortall says they have not yet neogiated the terms of the agreement with the Homes Association, so that emergency use for all is not yet in writing. Shortall says the District plans on including a clause stating that non-members can have some access.

Shortall contends the building will not be a “clubhouse” at all, but rather an “emergency center.”

The plans do include emergency functions such as a water tank and rooms designated to be used as shelter in case of a disaster. The District will also have a permanent office in the building.

However, the plans also refer to the 6700 square-foot building as a “clubhouse.” Its design includes a wrap-around porch, library, coffee bar and bocce ball court. The recreational parts of the building are also funded by taxpayer dollars, but would be off-limits to anyone who is not a dues-paying member of the Homes Association.

The Homes Association formed a non-profit in 2012 to fundraise for and oversee the construction of the new clubhouse and according to its website has raised nearly all of the $2.5 million needed, but according to its chairman, that’s assuming they get the $2 million from the Fire Protection District that hasn’t yet been approved.

When asked how important is the money from the fire district, chairman of the Sleepy Hollow Charitable Foundation John Grubb responded, “To this project as it currently stands, it’s very critical. We’d have to do something else.”

“I think it’s a misuse of the taxpayer dollars,” said Eric MacAusland, a dues-paying member of the Homes Association. “We can use that $2 million to better serve the residents--all the residents--of Sleepy Hollow.”

Eric MacAusland has lived in Sleepy Hollow his whole life and is now a dues-paying member of the Homes Association, yet he does not agree with using taxpayer dollars to fund the new building project.

“There’s many more ways we can utilize that money than putting it into a structure that’s not going to be used for the fire district,” he said.

Many residents maintain that even if the new building serves emergency functions once in a while, that’s not enough to merit their tax dollars footing 80 percent of the construction bill.

“It looks to me like there is too much building and not enough Fire Protection District activity, and that is where I have a problem with it,” Garril Page, long time Sleepy Hollow resident, told the Investigative Unit.

“Paying for 80 percent of the cost of a new private clubhouse seems excessive and arbitrary. It doesn’t seem that there was due diligence in coming up with this plan,” Evelyn Messinger, who also is not a member, said.

Gamage said the line between the two is blurred in special tax districts like Sleepy Hollow.

Gamage estimated that there are as many as 5,000 special tax districts like Sleepy Hollow in California and they have little oversight.

Another public hearing on this clubhouse will occur on August 9th in Sleepy Hollow.