Historically, few other national politicians have invoked this type of reaction, but experts agree there are politicians who rival Trump in divisiveness, particularly from the 1968 election.

When it comes to politics, like many things, history seems to repeat itself. While Friday’s political protests outside the California Republican Convention in Burlingame may seem fresh, they are not much different from those of the past. The only real difference is the man in the middle: Donald Trump.

Historically, few other national politicians have invoked this type of reaction, but experts agree there are politicians who rival Trump in divisiveness, particularly from the 1968 election.

“That time, it was the democrats. It was turmoil beyond anything you can believe especially at the convention,” NBC Bay Area political analyst Larry Gerston said.

In 1968, after the assassination of Bobby Kennedy, democrats were deeply divided over nominee Hubert Humphrey. Things erupted at the Democratic National Convention in Chicago, with police beating protesters.

That same election, another divisive candidate made big waves, and he may be the closest candidate in modern history to Trump when it comes to polarizing people.

“George Wallace certainly was an agitator. Most people would say that now, in terms of being the segregationist candidate,” Gerston said.

It is not just the candidate’s qualities, but the hot-button issues of the time. In the 1960s, it was Civil Rights and the Vietnam War. Now, it’s race, immigration and globalization, according to Stanford Law’s Nate Persily.

“[Trump] is sort of institutionally or temperamentally extreme – that he just wants to burn down the house. We really haven’t seen that for a long time in American politics,” Persily said, noting democratic candidate Bernie Sanders could also be considered extreme.

“I think Sanders is a very traditional extremist politician. In some ways he’s the ideological inheritor to Howard Dean’s legacy,” Persily said. 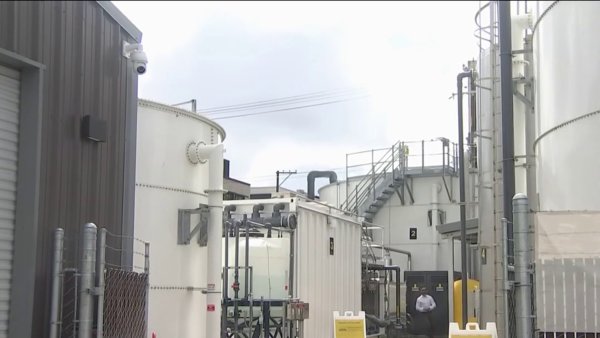 In the short term: the protests against Trump may actually be helping him, according to Gerston. But in the long term, he says this election could mirror the 1968 election, when Richard Nixon won the White House.

“Looking ahead one might think about whether the republicans will be so divided, hopelessly divided as the democrats were in 1968 and have the same kind of outcome,” Gerston said.