A group of Golden State trucking companies and others filed a lawsuit in Sacramento County against the California Air Resources Board for the second time, alleging diesel particulate filters cause truck fires.

On February 9, 2016, Kieth Daniels could only watch as his beloved 2009 Peterbilt truck burned.

“I timed it. Eight minutes, that truck was burned to the frame. It took over,” Daniels told NBC Bay Area. The veteran trucker estimates he’s driven more than 5 million miles over the course of his 39-year career. But nothing prepared him for that day, watching flames destroy his big rig, just moments after he pulled into a truck stop. As he walked back from the restroom, Daniels saw smoke and flames engulfing the cab of his truck.

“I feel fortunate I was out of it and didn’t get burned,” Daniels said, “I could’ve been in the sleeper taking a nap and then taken over by smoke.”

He believes the fire was triggered by the truck’s diesel particulate filter, or DPF. 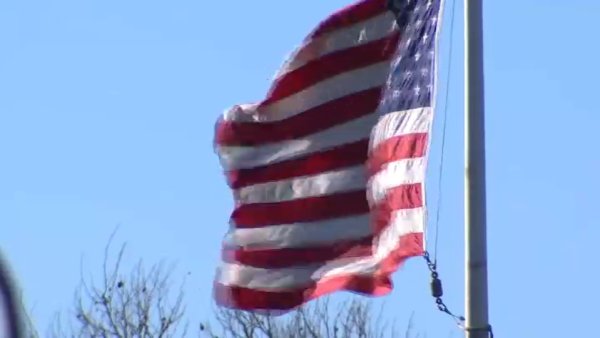 The California Air Resources Board (CARB) started requiring the device for all diesel engine vehicles in 2007. Roughly a million trucks in this state are equipped with one, and those trucks travel the country.

Tests show that a functional DPF traps 99% of the harmful soot produced by diesel trucks, preventing it from entering the air. Studies show particle pollution from diesel engine exhaust has been linked to lung cancer, premature death, and asthma among other health problems.

Daniels said his truck fire ignited while the filter was undergoing a cleaning process called “regeneration,” burning all captured soot into a fine ash. Insurance investigators do not know the exact cause of the fire, but they suspect it started somewhere in the exhaust treatment system. Their report notes the company investigated several similar fires, but pinpointing the cause is difficult because “the exhaust gets so hot that evidence is consumed.”

Truckers vs. California Air Resources Board

“The filters are expensive. They are dangerous, and they don't work,” Bud Caldwell said. He owns a petroleum and trucking company in Chico. Caldwell formed the Alliance for California Business to challenge the state’s rules requiring filters. The ACB points to a series of filter failures, including two recalls for early model filters linked to three fires, including the 5,000-acre Monastery fire in Washington that destroyed 29 homes.

“These were not ready for prime time when they were put forward,” Caldwell said.

The ACB and the Daniels family are suing the state, asking for restitution for truck repairs and an independent review of the safety of the filters.

For Caldwell, this is his second lawsuit attempting to roll back the state’s clean air regulations requiring DPFs. In March, a Glenn County Superior Court Judge ruled in favor of the state, citing that CARB’s verification process does not allow DPFs on the road “unless their safety is established in a rigorous and thorough application and testing process.”

But Caldwell said the new lawsuit, filed in Sacramento County in November 2016, includes Kieth Daniels’ truck fire and new evidence of other exhaust fires in the state.

Todd Sax, the chief of enforcement at the California Air Resources Board, said the agency is confident the filters are safe.

“Diesel particulate filters do not cause fires,” Sax said, adding, “All DPF's are manufactured in accordance with federal safety standards. Those programs go through a vigorous verification procedure that's designed to ensure that they meet all safety requirements.”

He acknowledges that early models of the filters were linked to three fires and sparked two recalls, but Sax says those filters were made with metal cores, which created the fire hazard, and newer filters are made with ceramic cores.

Between 2009 and 2016, Sax said the agency investigated about 220 cases where a problem was reported about a retrofit diesel particulate filter, including 36 fires.

“We have looked at the fire issue extensively, and we don't see any evidence between the filters that are on the road today and fires,” Sax said.

But an Investigative Unit review of CARB data revealed a high failure rate for diesel particulate filters made from 2007 to 2011. The warranty claims data shows failure rates ranging from 40 percent in 2007 to 4 percent in 2011. While the failure rate is on the decline, CARB staffers say it is still “unacceptable,” and that anything above 4 percent should trigger a recall or extended warranty. That corrective action has not been taken by manufacturers, and those faulty parts are still used on trucks today, something Sax said the agency is trying to address by amending its own rules.

“Because of the design of the regulation, there are many hoops we have to jump through and things we have to prove to force the manufacturers to take action,” Sax said.

He noted, “Some fleets are having issues which are caused by some engine models not being as durable as we would like despite California and the federal government’s extensive certification procedures, and by a lack of preventive maintenance to engines and filters. We are working to address all of these issues through our regulatory, compliance assistance, and enforcement programs.”

In the meantime, truckers are left with potentially costly fixes that they have to bear.

“The trucks are safe to drive. If they have problems with the trucks they have to repair them,” Sax said. He added that truckers who have issues, especially fires, should report them to the state for investigation.

As for Kieth Daniels, the lifelong trucker says he hopes this issue will be resolved so other drivers won’t have the same close call he did.

“Nobody should go to work and never know if they're going to make it home just by doing their job driving a truck.”