A plea hearing for Cain Velasquez is scheduled to continue May 6 after the former UFC star appeared in court Tuesday for attempted murder charges.

Velasquez was seen arriving in shackles and wearing a brown jumpsuit of an inmate in protective custody. Throngs of fans and supporters also packed the courtroom.

"When you have a family, (you) got to show support," said Carlos Ortega, a Velasquez supporter who attended Tuesday's hearing. "I'd probably do the same thing. I'm a father. I have kids. Man, that comes first before anything."

Velasquez's charges stem from a shooting on Feb. 28 in San Jose.

Investigators say he fired a gun into a truck carrying a man accused of molesting his close family member.

Authorities later arrested Velasquez in Morgan Hill. He is currently being held without bail. 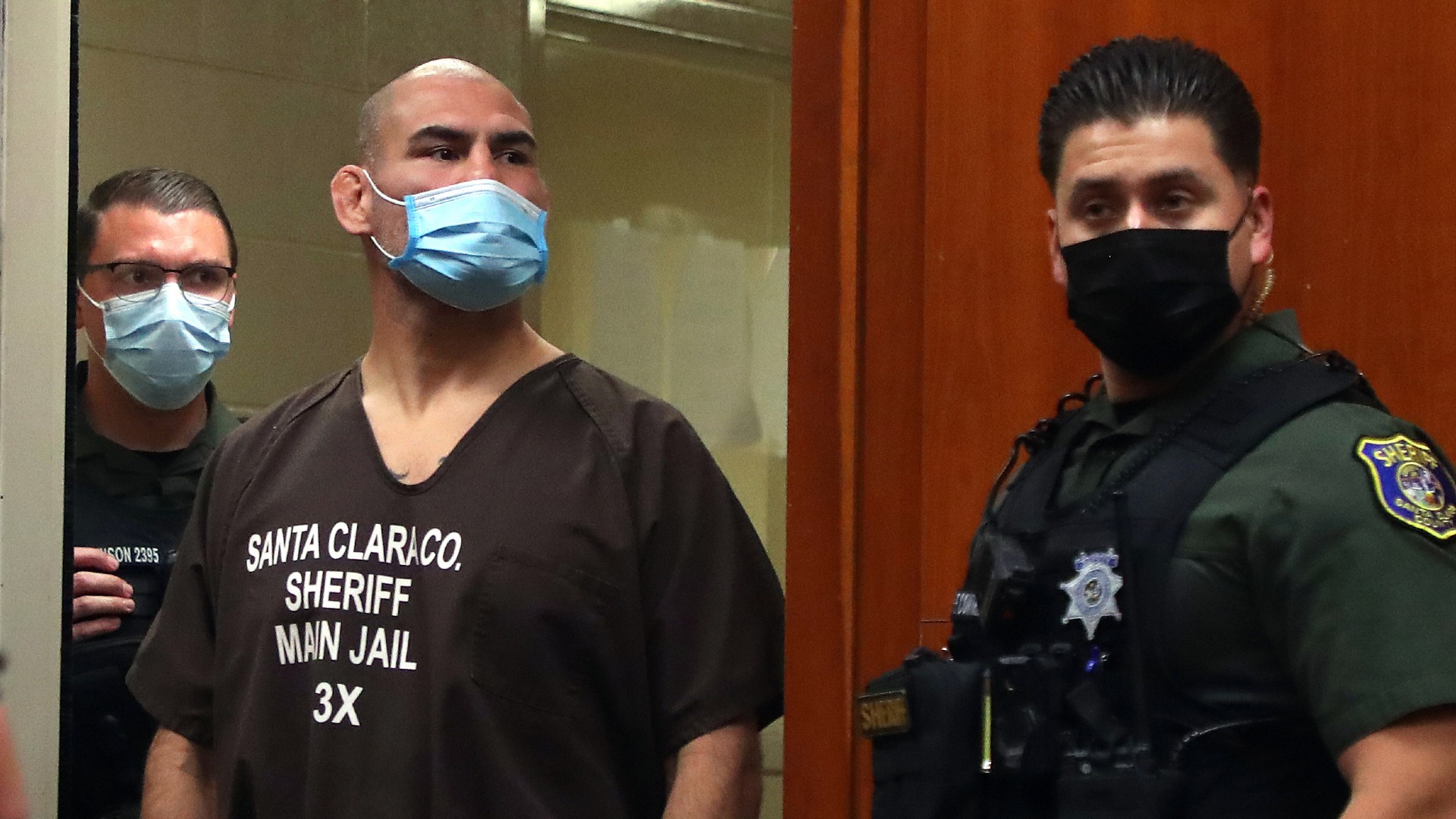 Velasquez on Tuesday also broke his silence by releasing a public statement for the first since his arrest. He expressed gratitude for the support, and saying to the true victims of this case, "May God give you the strength to come forward."

"It's a heartfelt message to all the true victims out there and on this day, in this month of awareness of the true victims, Cain stands in solidarity with you," said Mark Geragos, an attorney representing Velasquez.

Geragos said he will soon file a motion to have Velasquez released on bail.

When is Cain Velasquez's next court appearance?

Velasquez's next court appearance is scheduled for Friday, May 6.

Here's what Cain Velasquez is saying about his arrest