Californians struggling through a historic drought overwhelmingly approved a massive plan to invest in the state's outdated water system to minimize the impact of future dry years.

Details need to be refined to make sure the money is spent equally for benefit throughout the state, said Paul Wenger, president of the California Farm Bureau Federation. 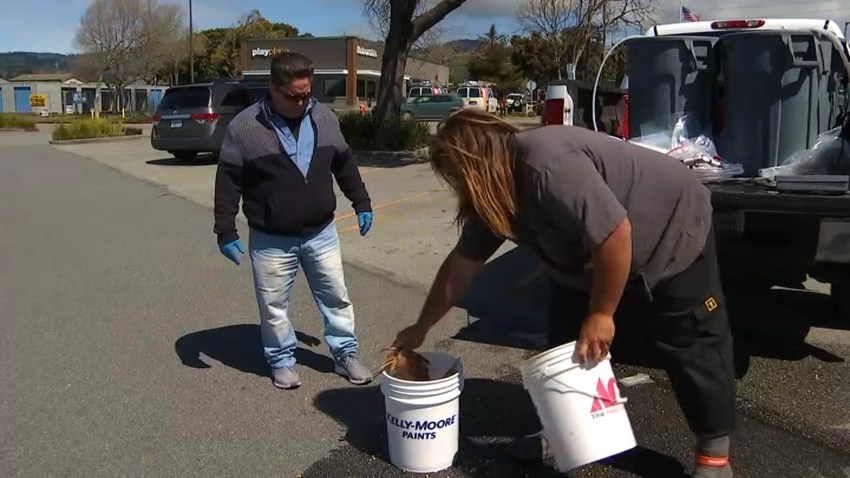 something good 25 mins ago

"We're all California," he said. "If we allow ourselves to be divided by regional differences, there's no hope to come to a good conclusion."

Many provisions in Proposition 1 are designed to increase the availability of water, with the largest single portion of the bond likely being spent on building the Sites Reservoir in Colusa County north of Sacramento and the Temperance Flat reservoir northeast of Fresno. Another $725 million would be spent on water recycling and treatment projects, and $900 million will go toward cleaning up contaminated groundwater.

Gov. Jerry Brown, who spent more time and money campaigning for the bond measure than his own re-election, said it will help California make investments in water that will pay dividends during future dry periods.

"I just spent the last several months saying, 'save water, save money,'" said Brown, who declared a drought emergency earlier in the year. "These are pillars because water is life. It is the basis of our wellbeing and also our economy."

In a rare show of bipartisanship, Republicans and Democrats in the Legislature gave nearly unanimous support for the measure, which directs the state to issue $7.1 billion in new borrowing and redirect $425 million from past ballot propositions.

After casting her ballot in Long Beach early Tuesday, Kelly Barnes, a stay-at-home mother and registered Democrat, said the state's water problems motivated her to get out and vote.

"I think in California we have to start thinking about putting water aside because this global warming is here to stay," she said.

In the Central Valley city of Fresno, 61-year-old Republican Lindsay Hughes said she voted for the water bond, despite some misgivings.

"It might not be the best thing," she said. "But it's better than nothing."

Opponents, including farmers in the Northern California delta and sport fishing interests, say attention to the state's water system is long overdue, but this initiative was not the answer.

Barbara Barrigan, executive director of Restore the Delta, said more water will be siphoned from the already-overtaxed Sacramento and San Joaquin rivers to fill the new reservoirs, leaving less for delta farmland and wildlife habitats.

"We're still in a drought," she said. "There are no near-term measures to fix the drought."

"The battle now will be how the funds are spent," he said.

A group called Californians Against More Debt, Misplaced Spending argued that the measure would thrust the state into deeper long-term debt and only increase the state's water storage by 1 percent. Repaying the water bond could cost more than $14 billion over 40 years, according to the state's nonpartisan Legislative Analyst's Office.

Wenger said voters sent a clear message that they want attention to the state's water system.

"We're hoping that the legislators and Congress will take heed and allow for better management of our current water infrastructure," he said.

Not all the money is designated for bolstering supplies. The second largest funding category sets aside $1.5 billion for ecosystems and watershed projects, while $395 million is available for shoring up levees in the Sacramento-San Joaquin Delta.