The prized fish already face numerous hurdles in wet years, but in times of drought their fortunes are even more tenuous

With drought-ravaged streams and rivers drying up across California and water regulators restricting flows on key waterways, environmental and fishing interests are fearing for the state's challenged salmon populations.

The prized fish already face numerous hurdles in wet years – from predators to environmental pressures – but in times of drought their fortunes are even more tenuous. The situation has become urgent in the Lagunitas watershed in West Marin County where feeder streams have dried up, trapping tiny endangered coho salmon and steelhead trout in puddles.

"We’re in the second year of a drought here. It’s not doing the fish any favors," said Todd Steiner, director of the environmental group SPAWN. "We’re already talking about a critically endangered species on the verge of extinction, so this isn’t helping at all."

To improve the chances of survival for chinook or king salmon – prized by fishermen – the state has trucked thousands of hatchery-raised salmon smolts to release in the San Francisco Bay. It means that the bulk of salmon returning to their spawning grounds in several years will likely be hatchery fish, having gotten a leg up over their naturally born cousins. 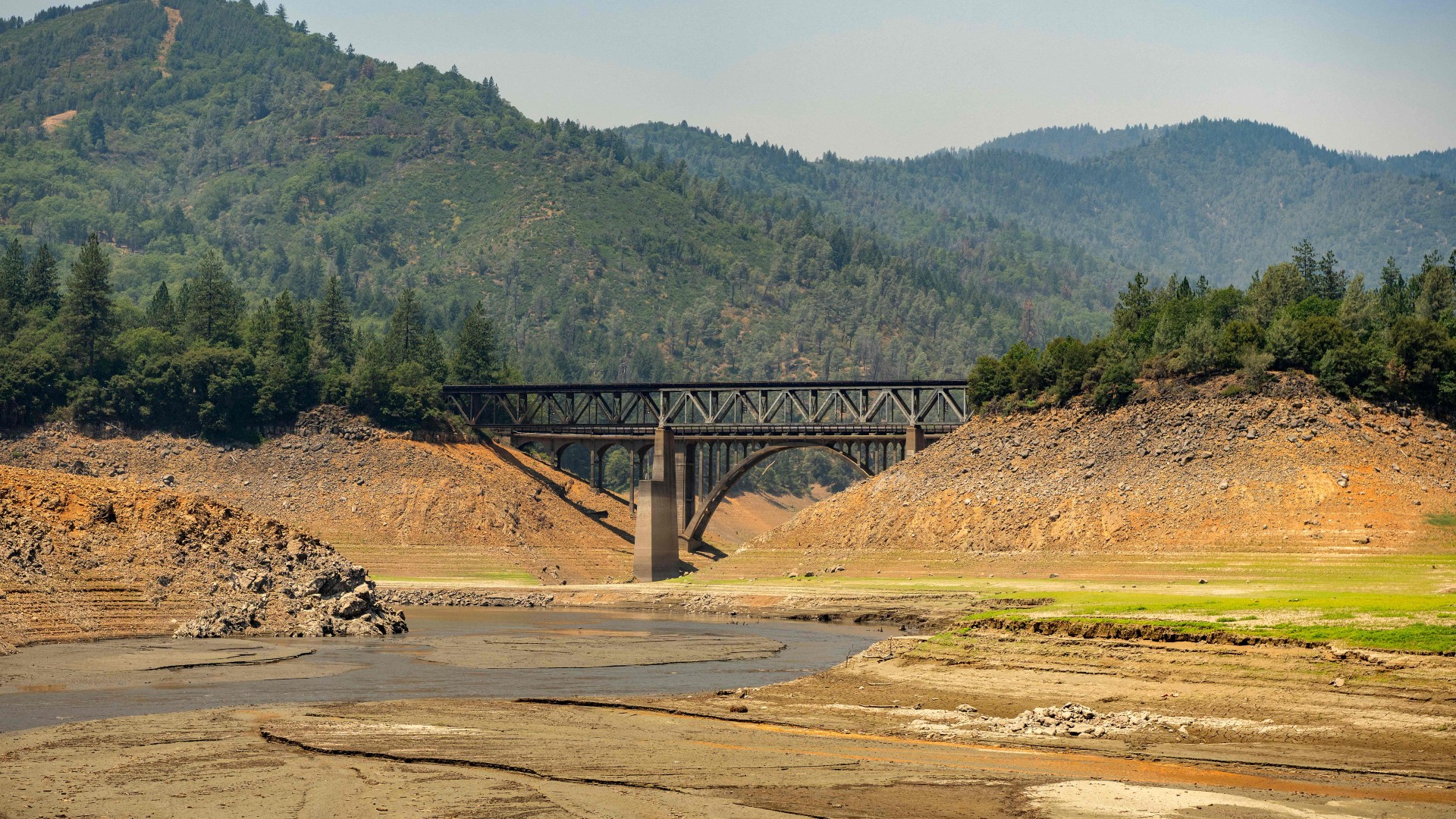 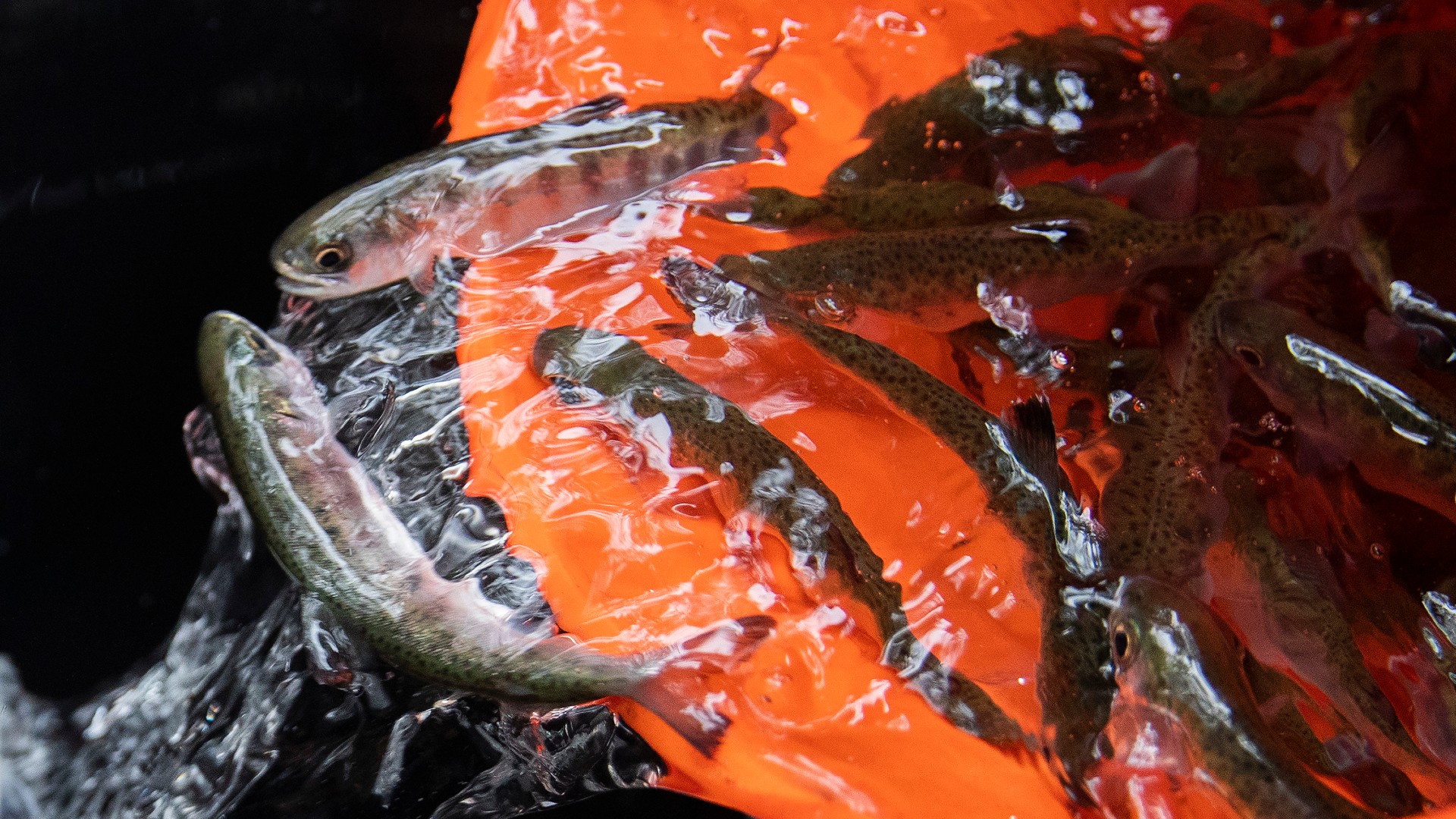 McManus said the salmon returning this year from their sojourns at sea will also face the drought's wrath. With reservoirs and dams dramatically low, state and federal regulators are making difficult decisions to restrict water flows on key rivers, potentially raising water temperatures to heights that threaten the salmon's ability to reproduce.

"The federal government has told us we can expect river temperatures that are too high to sustain the eggs that will be laid this fall, which means we’re going to lose fish that would otherwise return three years from now," McManus said.

Since the salmon head out to sea for several years before returning to their birth place to spawn, McManus said the full impact of the drought won't be fully understood for years to come.

"We’re living on salmon that were born two, three, four years ago," McManus said. "So, this year you’re not going to see it as much as you’ll see it in a few years."

Even in wetter years, competition for the state's precious water pits fishing and environmental interests against agriculture – against residential communities. In a dry year, those battles heat up with the thermostat.

"It’s a populated state with a lot of interests," said Preston Brown of SPAWN. "And those compete when resources get scarce."

The Lagunitas Watershed is one of the last spawning grounds for endangered coho salmon – their population of roughly 20,000 fish represents only about 10% of their historical highs.

Brown walked gingerly along the jagged stones lining the bed of Arroyo Creek – a tributary to Lagunitas Creek – the bone-dry surface broken up by small, occasional puddles holding tiny salmon and steelhead that became trapped on their journey to the ocean.

"Normally we would have a little bit more water than this and it would be easy for fish to move up and down," Brown said.

Brown said if the dry spell extends into next winter, the fish will be robbed of their habitat and will potentially spawn late, which will create a domino effect of devastation. Compounding the troubles, the Marin County Municipal Water District is considering restricting flows from its reservoirs, which are standing at about 42% of capacity.

"We’re asking for the water district and the state water board to really consider and have a full grasp of the full impacts before anything is considered," Brown said.

Individual decisions like reducing your water use on your lawn or not using animal products can make a long-term difference and prevent droughts, says behavioral scientist Sweta Chakraborty.

SPAWN recently revamped a small dam and fish ladder in the former Lagunitas Golf Course, an area known as Roy's Pools now dubbed Roy's Riffles. In place of the dam, the creek is now lined with rocks and foliage waiting for a spell of rain to kick-start their growth. Brown said the new habitat is better suited for the fish – at least it will be once the trickle of a stream is fed with a fresh supply of water.

For all the intervention of humans in the salmon's plight, it seemed nature has yet to do its part in the rebirth. That point was driven home as Brown stood on a newly built bridge, looking at the tiny finger of water struggling to meander its way through the dry creek bed.

"It has been impacted by the drought just like everything has," Brown said.