A statue of Christopher Columbus near Coit Tower in San Francisco has been removed and placed in storage, according to Supervisor Aaron Peskin.

Groups and others have long said it's wrong to honor a man who ushered in an era of genocide to North America's indigenous peoples.

"At a time of great unrest and deep reflection by our country, we recognize the pain and oppression that Christopher Columbus represents to many," Peskin said in a statement. "We believe that through public art we can and should honor the heritage of all of our people, including our Italian-American community, but in doing so we should choose symbols that unify us. The Arts and Recreation and Park Commissions will engage in a public process to determine what art work should go in that space near Coit Tower."

Less than a week ago, the statue was defaced, with the face and hands being painted red. 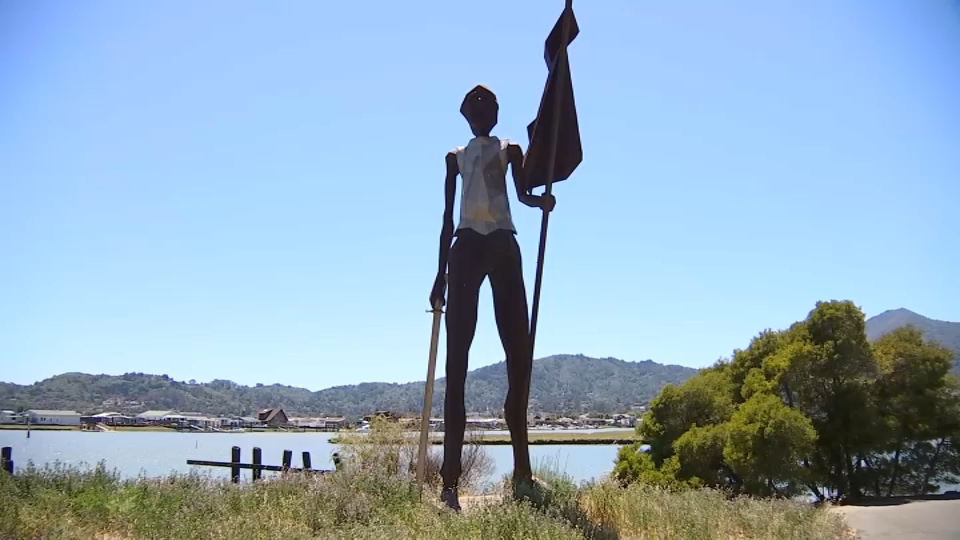 A statue depicting Columbus that has been the centerpiece of the California Capitol rotunda since 1883 will be removed after legislative leaders decided it is out of place “given the deadly impact his arrival in this hemisphere had on indigenous populations.”

Statues have been coming down across the country as government leaders rethink their places of prominence. In Kentucky, officials removed a statue of Jefferson Davis, the only president of the Confederacy, from the state Capitol. And in Virginia, the former capital of the Confederacy, Gov. Ralph Northam has announced plans to remove a statue of Confederate General Robert E. Lee.