Several murals were found defaced with right-wing, Republican slogans along an iconic artists' alley in San Francisco over the weekend.

The right-wing graffiti was reported along Clarion Alley, defacing murals that touted immigrants' rights and honored people slain by police, according to a report in the San Francisco Examiner.

People who visited the alley told the newspaper at least seven of the murals were vandalized. 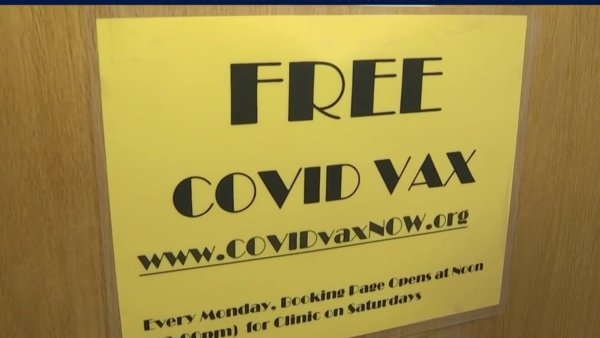 race for a vaccine 37 mins ago

Clarion Alley runs one block, from Valencia Street to Mission Street, between 17th and 18th streets in the city's Upper Mission district.

According to the Examiner, one mural depicting immigrants rights was defaced with a pro-Trump "Make America Great Again" hat, and a mural honoring those killed by police was covered by the phrase "Fake News."

The Clarion Alley Mural Project was established in 1992 by a volunteer collective of six residents-artists who were inspired by the murals of Balmy Alley that began in the early 1970s as an expression of artists’ outrage over human rights and political abuses in Central America and focused on Central American social struggles, according to the organization's website.

To this day, the alley is maintained by artists who volunteer their time and often pay for their own materials.

It was not clear whether or not the incident had been reported to police.