Right now, 88% of the state is enduring "extreme" drought and 45% is suffering "exceptional" drought designations.

Officials from four of the Bay Area's largest water districts said Thursday that water storage and supply projects, conservation and political action will be required to get the region through the next few years if the current "grim" drought conditions persist.

Right now, 88% of the state is enduring "extreme" drought and 45% is suffering "exceptional" drought designations, while reservoirs and the Sierra Nevada snowpack are at historically low levels and the state cut supplies to thousands of water rights holders, including those that draw from the Sacramento-San Joaquin River Delta. 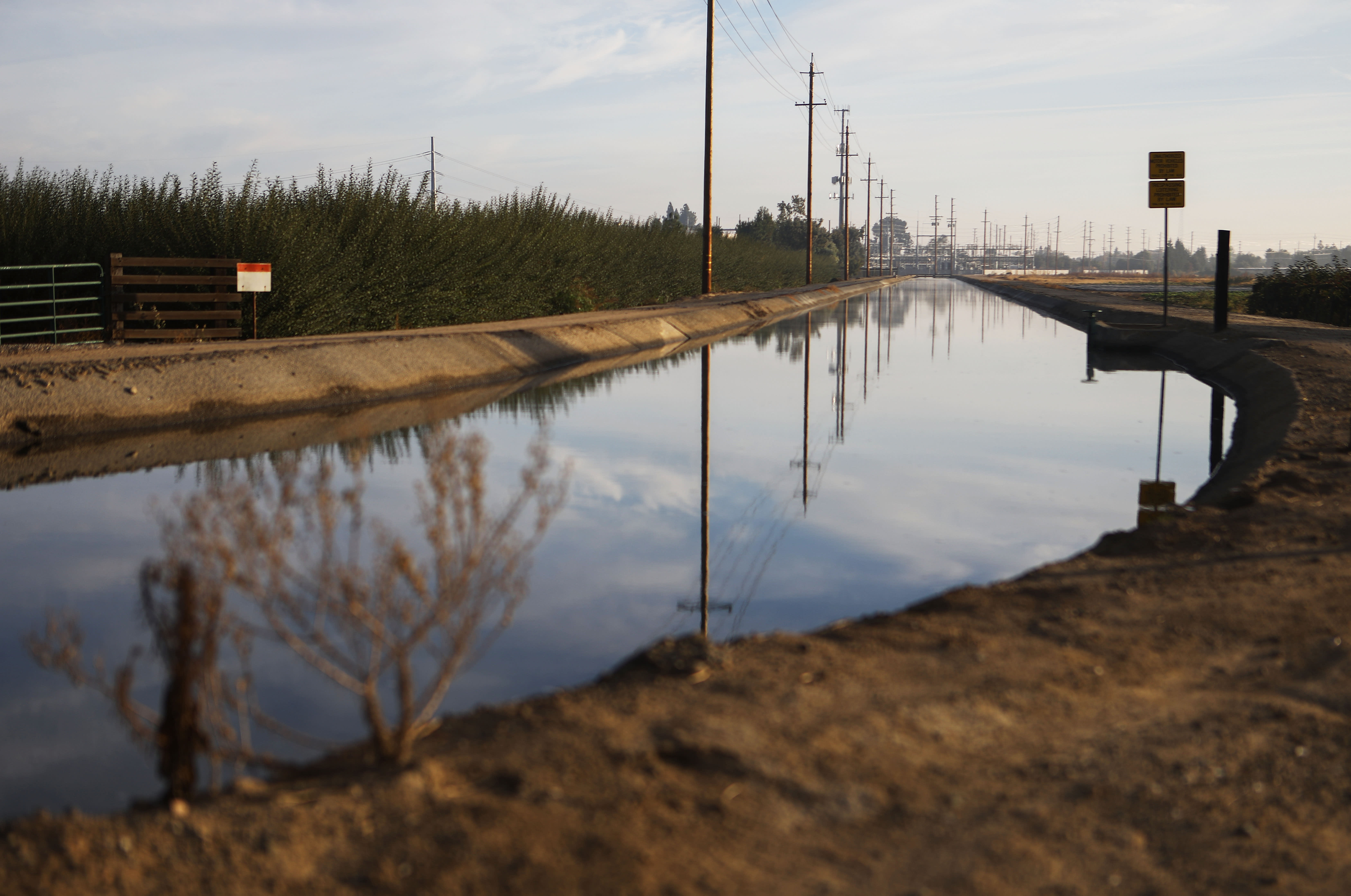 And while the drought is having varied impacts across the Bay Area -- largely due to where different water districts draw supplies from and the way water rights are managed -- all of the officials are counting on conservation and new water supply sources to see the region through.

Out of all the districts, the Santa Clara Valley Water District is facing the most severe effects of the drought and is getting just a fraction of its allocations from state and federal water systems, said Valley Water board vice chairman Gary Kremen.

"The combination of supplies and storage is grim," Kremen said during a webinar hosted by the Bay Area Council and the law firm Venable LLP.

One of the district's storage areas, Anderson Reservoir, is at just 3% of capacity while it undergoes upgrades for earthquake safety, for example, and it has been extremely difficult to purchase water from other sources since prices are skyrocketing and supplies are limited, Kremen said, noting that the district has already implemented a mandatory 15% water use reduction.

"We're going to clearly run into a situation that some of our shallow wells, if we do nothing, will run dry," he said.

To avoid this, the district, which serves roughly 2 million customers, is working on several projects, including adding storage capacity at the Pacheco Reservoir and increasing the use of recycled water.

Water efficiency and conservation are vital components, as well, but "it's going to come back to the battle that's been going on since the Gold Rush" over water for the environment, agriculture, industry and residential users, Kremen said.

"It's about political involvement. Sad but true," he said. Steve Ritchie, the assistant general manager for water enterprise at the San Francisco Public Utilities Commission, said his agency has joined a lawsuit challenging the state's decision to cut off supplies from the Don Pedro water bank on the Tuolumne River.

"We believe they've over reached and are not really taking into account how our system is designed on the Tuolumne River," Ritchie said.

He noted that the water bank is at 63% of capacity and Hetch Hetchy Reservoir is at 70%, relatively healthy levels compared to many water storage projects around the state.

However, if the fall remains dry, the SFPUC, which provides water to 2.7 million customers, will consider declaring a drought emergency, possibly in early 2022, as one of the steps required before asking the state for an exemption to the water supply curtailment at Don Pedro.

To help ease demand, customers should also do their part to conserve water, Ritchie said, noting that SFPUC water users have reduced usage by about 8 percent.

"But lawns and things like that are going to be something from history unless you have recycled water you can irrigate them with," he said.

Mike Tognolini, director of water and natural resources at the East Bay Municipal Utility District, said his district is looking at a range of options to help mitigate the effects of this historically dry season, including groundwater storage, water purchases and recycling, desalination and asking its 1.4 million customers to reduce water use by 10%.

"Fortunately, we did have decent storage coming into the year," Tognolini said.

"If we have two more very dry years like we had in 2021, we'll be able to make it through," he said. "We will be looking at very heavy conservation levels, we'll be looking to bring in supplemental water supplies when we can and draining our storage by the end of three years, so we will be in a high level of emergency but it's something that we're planning for."

Lucinda Shih, the water resources manager at the Contra Costa Water District, which serves about 500,000 people, said that her district is faring pretty well so far because of the way its allocations are granted from the federal Central Valley Project and some additional water purchases.

"We have secured local supplies through a long-term agreement with a neighboring irrigation district so that gives us a little bit of extra water," Shih said.

Also, Los Vaqueros Reservoir, which was expanded in 2012, is at about 66% of capacity, allowing the district to meet its own demand as well as helping out a few neighboring water districts, including EMBUD, she said.