The 1,400-acre Redwood City salt ponds along the San Francisco Bay Trail are coveted by environmentalists and developers.

In 2009, the property owner, a Cargill subsidiary, proposed putting 12,000 housing units as well as commercial buildings on the site. Environmental groups, led by San Francisco Baykeeper and Save The Bay, argued the Clean Water Act protects bay waters from development.

"Wetlands are wet. Therefore, they are water. It makes sense to all of us who care about preserving those wetlands as water," Baykeeper attorney Nicole Sasaki said.

That relatively simple analysis was supported by the Obama administration. Cargill withdrew the proposal.

But things changed under the Trump EPA, which said the salt ponds are in fact land and not protected by the Clean Water Act, so they could be developed. 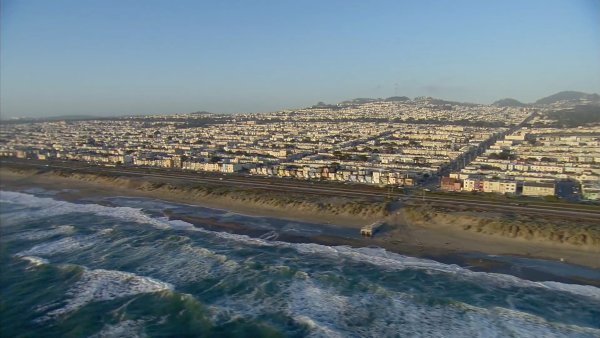 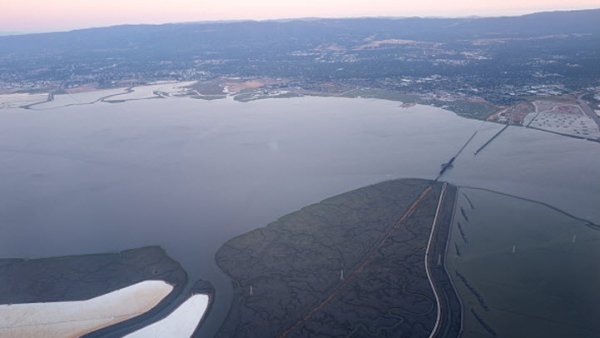 That revived the Cargill salt pond proposal and the environmental groups' attack.

Baykeeper pointed out salt ponds are a natural buffer against sea rise and flooding and the Cargill project could lead to more shoreline development.

"That overflow would cause devastating damage to our transportation infrastructure, the tech industry – many of which have their headquarters directly abutting the bay – as well as a lot of essential infrastructure, like our wastewater treatment plants, several of which are right near us here, as well as homes and communities," Ian Wren with Baykeeper said.

In 2020, a federal judge ruled the Trump EPA had misapplied the law and said the salt ponds are protected waters. The Trump EPA and Cargill both appealed that ruling.

But when the Biden administration took over, the new EPA leadership dropped its appeal.

"Science is back in our government, and we can move forward and fight climate change appropriately and as needed," Sasaki said.

Salmon have struggled in California because the state has diverted so many of the streams they swim up to spawn. Now climate change is creating a new challenge - it’s diminishing the snowpack that feeds those waterways. Kate Poole, an attorney who fights to protect and restore freshwater ecosystems, talks to NBC Bay Area meteorologist Rob Mayeda about the problem that’s compounded by the way we manage our water system in California.

Cargill told NBC Bay Area it still planned to appeal, but an uphill fight was looming with more groups joining the fight.

"I really think that the driver now in recent years is sea level rise," Gail Raabe with Citizens Committee to Complete the Refuge said. "People understand that and they understand that there is liability for maintaining these sea walls and levees to protect the developed environment here in Redwood City."

In a statement, Cargill said "our focus remains protecting environmental resources and working with our neighbors in the Bay Area to consider future uses of the saltworks site."

Cargill did not address whether it would sell the property to be part of the connected Don Edwards Wildlife Refuge, as it did in the past.

One of the trouble spots in the San Francisco Bay Area when it comes to climate change is West Oakland. It has 19 miles of coastline that are particularly vulnerable to rising seas because it lies at a lower elevation. NBC Bay Area meteorologist Kari Hall meets with Heather Cooley, a climate scientist from the Pacific Institute, at the point where the water meets the land in West Oakland to talk about what’s happening and what needs to be done to save the coastline.

Ironically, it’s now up to the EPA to decide what to do next.

Baykeeper said Cargill can still try to develop the property, though it would face legal and climate change hurdles.

"It’s really short-sighted for them to think about profiting off of this area because it’s really going to be exposed to flooding in 10 to 15 to 20 years," Baykeeper Executive Director Sejal Choksi-Chugh said. "And that means that anything that’s built there is not going to be good for the community."

Cargill did not have any specific deadline to decide what to do next, so it’s still not clear what these salt ponds will look like in the future.

For Baykeeper and environmentalists, the fact it probably won’t be covered with buildings and roads is good enough for now.