Researchers Turn to Ultrasound to Help Save White Abalone Population

As species of abalone continue their perilous decline on the West Coast, scientists working to reproduce the mollusks in the laboratory have turned to an unusual piece of equipment to aid their efforts; the ultrasound.

Researchers at the Bodega Marine Laboratory in the Sonoma County town of Bodega Bay are using ultrasound medical equipment to help evaluate endangered white abalone to determine which ones may be more proficient breeders.

"This ultrasound tool is wonderful because it allows us to look at what’s going on inside their gonad," said Dr. Kristin Aquilino, who oversees the labs breeding program. "We can tell how reproductive they are without doing anything destructive to them."

The scientists have attempted to reproduce abalone within the laboratory for years, with varying success. Aquilino said in attempts last year, the group was only able to get one male to spawn.

"One of the main challenges in getting white abalone to reproduce in captivity is that they don’t seem to be coming reproductive at all," Aquilino said. "Maybe we just don’t have the right mood lighting or the right temperature or the right conditions." 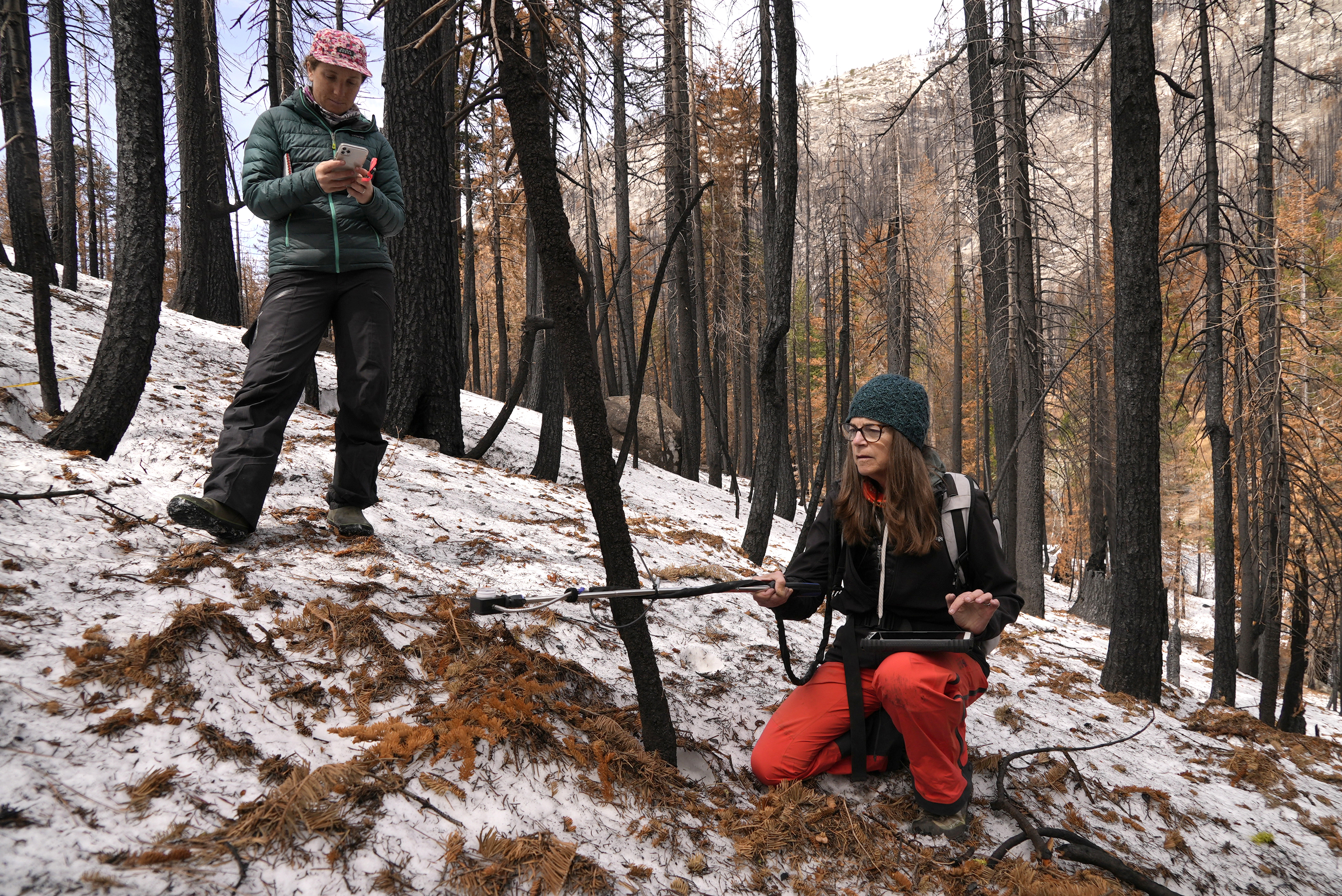 What to Know About ‘Climate Distress'

Enter the lab's ultrasound machine, a device normally employed for breast exams. On a recent day, as brisk winds swiped at the greenhouse where the exams were taking place, researcher Sara Boles toured the white plastic buckets holding the morning's candidates.

Boles pulled the first white abalone out of its bucket and plunged it into a large container of water -- then ran the plastic probe along the fleshy underside.  A grainy black and white image flashed on a monitor showing the researcher's target - a dark black band that reflects the size of the creature's gonad. The larger the band, researchers said, the higher the probability of the abalone's ability to reproduce.

"I put my money on this one," Boles said scanning a second candidate.

Species of abalone, once a plentiful delicacy prized by seafood lovers, have dropped to dangerously low numbers along California's coast. Their populations were wiped out by overfishing in the 1970s, but in more recent years the damage was wrought by environmental factors.

A strange warming of the ocean brought about a wasting disease among sea stars - the main predator of purple urchin. Without that balance, purple urchin ran amok and wiped out kelp forests, which support abalone populations.

The research group's work is funded by the U.S. Navy, which is concerned about the decimation of endangered black abalone near the Channel Islands in Southern California.

"As part of that," Boles said, "they have funded our research to develop ultrasound as a non-invasive tool to look at the reproductive state."

The importance of a "non-invasive" tool for the procedure is to protect the abalone, which are hemophiliacs and could bleed to death with even just a small nick. As each abalone is scanned, Boles rates the candidates on a system of one to five, with five being the top candidates for reproduction. But with the scarcity of white abalone -- there are more white abalone in the lab than out in the wild -- even candidates with a low rating will get a chance to try and spawn.

Aquilino said in addition to finding the best candidates for reproduction, the ultrasound project could eventually help researchers identify which abalone might best survive changing climate and diseases.

The ultimate goal of the research is to help create self-sustaining populations of white abalone in the wild, and in commercial facilities. To show just how much is riding on the group's efforts, a helicopter remained on standby during the recent day's spawning operation to whisk-off any successful spawning attempt to a commercial farm in Southern California.

"Humans are the reason white abalone are on the brink of extinction," Aquilino said. "So I believe that we as humans have a responsibility to restore this species."